A graduate of NUI Galway, Caroline O’Doherty is an environment correspondent with the Irish Independent. Equipped with over three decades of experience, previously, she worked as a reporter with the Irish Examiner before joining Independent News and Media in 2019.

I think journalism got into me and once possessed, I was never released. From the time I was very young it was made clear to me that the news was sacrosanct (it was Belfast in the 1970s so there was a lot going on!) and woe betide any child who interrupted a bulletin. When I was old enough to go to the shop for the evening paper, it had to be the ‘city final’ edition – almost still hot from the presses. So, I understood that news was crucial, and journalists were supreme beings. An English teacher who had the foresight to teach media studies, which was a bit of a novelty in a 1980s Catholic girls’ school, made me realise mere mortals could do the job too so that more or less sealed the deal. I did a BA first and then a year postgrad in NUI Galway in what is now the MA course in journalism. A lot of local newspaper reporting, and freelancing followed before I got into the dailies.

I started on a manual typewriter, which makes most journalists today fall off their chairs laughing. Everything changed very fast after that but the speed in the last few years has been breakneck. The ‘digital first’ policy was already gaining prominence before Covid but with people unable to leave the house to get a physical copy of the paper, online has really taken over. Print is still important because many people still like to have a newspaper in their hands but there are now many consumers of news who have never struggled to turn pages in the wind. Thankfully, there are still consumers, but they have different needs and expectations than they had even 10 years ago. Very often, they’ll get the outline of a breaking news event on social media, so they look to news outlets to be a step ahead and fill in the detail very quickly. They also want more background and analysis, and investigative reporting, which is the kind of work most journalists love to get their teeth into, but we’re doing it with fewer resources and less time than in the past. They want different formats too – a story to read, a podcast to listen to, a video montage to browse. All that makes for a challenging situation, but it would be far worse if people were apathetic towards journalism.

What are the challenges of working in print media?

You cannot think only in print anymore and despite the perception that there is infinite space in online, we find that actually, people don’t read much more online than in print. In fact, their attention span may be shorter because there are other things going on – notifications, alerts, calls, social media – on their screen while they’re reading. So, when you write for print now, you have to think how it will appear digitally too and get into the meat of the story faster than when you are writing for print only and had a little longer to draw a reader in. 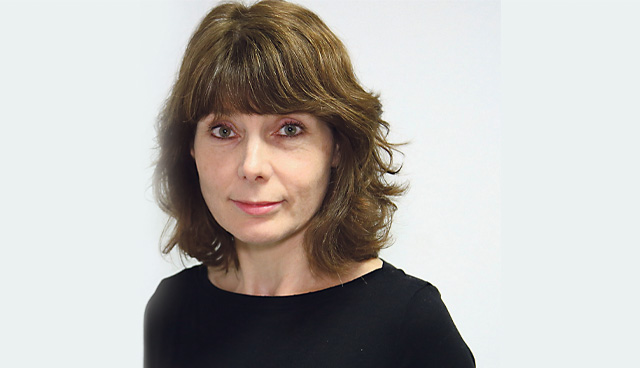 “My greatest admiration goes to those working simply to report important stories under oppressive or conservative regimes that don’t want them told.”

For the reasons above, I find myself in awe of some of the agency writers from the likes of Bloomberg, Reuters, and AFP. They must write so succinctly and so crisply in language instantly clear to international audiences with no colloquialisms. But my greatest admiration goes to those working simply to report important stories under oppressive or conservative regimes that don’t want them told. I met journalists in Serbia during the Kosovo war who tried to report the truth while under watch from Belgrade; the amazing journalist, Jineth Bedoya, in Colombia who was kidnapped, tortured and raped for her reporting on the paramilitaries terrorising communities, and who still reports and campaigns extensively; and a wonderful young woman in Ethiopia who fought for and won a radio slot to generate discussion on sexual and reproductive health and rights in patriarchal rural communities. These are the heroes of the profession.

Until very recently, I would have said any climate story that I succeeded in getting space for was the most important one because it has been such a hard sell to readers. It is such an important but overwhelming story that for many people, the very mention of climate change sends them scurrying. But that is changing now, and I think the challenge is going to be meeting the demands of a reading public who really want to know and understand the problems, the solutions and where the blockages lie.

Otherwise, one of the stories that has stuck with me for the last 15 years is the Stardust fire and the families still fighting for justice. For the 25th anniversary, I worked on a large number of articles and sought to pull together photos of all those who died. Some had been published before but many had not. I knocked on so many doors and made countless calls. We managed to get most of them and the resulting montage that was printed became the poster the families used at demonstrations for years later. For the 40th anniversary this year, the families themselves put the call out for the outstanding portraits and now there are just a couple missing. Of all the tens-of-thousands of words I’ve written about them over the years, it was the unwritten work of getting those photos together and putting faces to the story that took on the most importance.

Thinking about work, trying not to think about work, reading for work, apologising to loved ones for spending too much time at work. I’d love to say I jogged or baked or something vaguely healthy for mind or body, but it wouldn’t be true. I do love to travel virtually though and am often to be found online at two in the morning plotting a route to somewhere ridiculously far away and hard to reach and working out how to do it by slow travel and public transport. Passenger carrying cargo ships are a current preoccupation.