Speaking at the recent EU Outlook Conference for farming and food, Hogan says that the Commission’s latest reform proposals for the Common Agricultural Policy (CAP) include important and specific EU requirements which will increase the level of environmental and climate ambition. He adds: “We need to help young people who wish to take up farming because young farmers are the catalyst for change and modernisation and, in an increasingly global and more competitive environment, they hold the key to improving Europe’s competitive edge.

“Our trade policy, which is creating thousands of jobs annually, is contributing significantly to the growth and vitality of rural communities throughout the Union. We need to continue to support rural communities, in line with the conclusions of the Cork 2.0 Declaration.

“Our solution is a new delivery model, which redesigns not only the tools to achieve better results but ensures that the key decisions are taken at national or regional level, rather than in Brussels.

“We are proposing greater subsidiarity for the member states and the regions because we believe that key decision-makers should be closer to those on whom their decisions will impact most directly.”

The Commission announced its proposals for the CAP post-2020 at the end of November 2017 in the form of a communication on the future of food and farming. They include proposals for greater simplification to be achieved through increased subsidiarity involving a new delivery model, more effective targeting of direct payments, a shift towards a more results-based approach, and higher ambitions in respect of resource efficiency, environmental care and climate action.

Other elements will involve addressing issues such as generational renewal, the investment gap in agriculture, the role of research, innovation and training, risk management and a new green architecture. Under the new delivery model, EU member states will have responsibility for establishing a CAP strategic plan. This would be subject to approval by the Commission and would continue to set the basic policy parameters for the CAP.

The nine objectives of the future CAP are: to ensure a fair income to farmers; to increase competitiveness; to rebalance the power in the food chain; climate change action; environmental care; to preserve landscapes and biodiversity; to support generational renewal; vibrant rural areas; to protect food and health quality.

Hogan says that the proposal “respects these key messages”. “In order to ensure that we could meet the key messages emerging from the public consultation, it became clear that we needed a rebalancing of responsibilities between the Commission and the member states.

“What we are proposing, therefore, is a new delivery model based on true subsidiarity with a robust EU framework which will ensure the common nature of the policy, a level playing field for all and the integrity of the single market.” 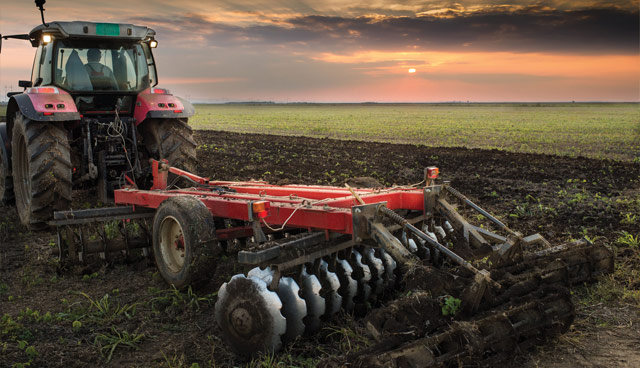 CAP reform is all about money, and Irish Farmers’ Association (IFA) president Joe Healy has welcomed the decision of the European Parliament Budget Committee to back an increase in the next CAP budget to maintain the real value of payments. He said: “It is significant that the Budget Committee has supported a CAP budget that maintains existing funding, but also provides for inflation. This is a clear signal to the Irish Government and the EU Commissioner Phil Hogan to leverage this outcome across Member States and push for higher contributions to make this a reality.

“Farmers need an increase in the CAP budget to at least keep pace with inflation and to support farmers for any additional measures they will be expected to take on as part of the new CAP. It would allow farmers to continue to produce top quality food at affordable prices while enhancing the environment and maintaining waterways.”

The proposed EU budget outlined in May of 2018 put forward higher contributions from the remaining 27 member states, in lieu of Brexit. However, these proposals, if implemented, would cut the CAP budget by 5 per cent before inflation which, based on the EU proxy inflation rate, could see the real impact of the cut being over 15 per cent. The percentage of the EU budget going to CAP has reduced from close to 60 per cent in the early 1990s to 30 per cent today.

The proposal of the EU Commission to reduce the CAP budget by 5 per cent was described by Irish Creamery Milk Suppliers Association (ICMSA) president, Pat McCormack, as unacceptable and he stated that the proposal will have a disproportionately damaging effect in rural Ireland through the multiplier effect as the payments go through farm families and out into the wider rural economy.

McCormack says that farmers have suffered significant cuts in previous CAP reforms and were now, yet again, having to take a substantial hit, particularly those farmers depending on farming for their living who will be hit with an additional convergence cut. He says that the very idea of simplification as set out is highly questionable, adding: “The Irish government must firstly tell the European Commission that cuts to CAP are out of the question and member states, including Ireland, must make up the Brexit deficit and, secondly, we must seek out member states with a similar commitment to the integrity of CAP and make a common cause with them.”

Meanwhile Ireland’s Minister for Agriculture, Food and the Marine Michael Creed TD believes that demands on farmers are greater than ever. He says: “The agriculture sector is a critical player in meeting environmental and climate change challenges, and there are costs associated with meeting these increasing demands. Furthermore, the advantage of an increasingly globalised market place brings with it volatility and competitiveness challenges, and farm families in many sectors are struggling to make ends meet. Therefore, farmers cannot be asked to do more and more for less and less.”

Creed recognises that the decision of the UK to leave the EU will result in significant budgetary challenges during the next financial framework. He further explains that, notwithstanding these pressures, he is “convinced that we have to protect the CAP budget, if we are serious about preserving the family farm model that is central to the European project”.

“The Common Agricultural Policy is the most successful policy of the European project, and we have emerged from this meeting with a strong coalition of member states, from north, south, east and west who are prepared to defend the CAP Budget, as we enter into what will be extremely difficult negotiations,” he concludes.