The Government has cut the bill for patent and off-patent drugs, and is targeting generic drugs next. Stephen Dineen reports.

Negotiations between the Department of Health, HSE and the Irish Pharmaceutical Healthcare Association (IPHA) have concluded with an agreement that is estimated to save the State’s drugs bill €400 million over three years.

According to the department, €210 million of the savings will come from the cost of new drugs, with the balance from expenditure on existing drugs. €16 million will be saved this year, increasing to a gross saving of €116 million in 2013.  The overall drugs bill (€1.9 billion in 2011), however, will come under new pressures next year with the introduction of new drugs that will cost the Health Service an additional €70 million.

Health Minister James Reilly welcomed the deal saying that “given the scale of the financial challenges in health over the next few years, this agreement is vital progress after much hard work.” Outgoing IPHA President David Gallagher, who led the negotiations for the industry, also welcomed the deal: “This new agreement provides assurance for Irish patients that they will be able to get new medicines when they become available.”

The once-off price cut on patent and off-patent unique medicines, averaging 16 per cent, is calculated by benchmarking the wholesale price here against that in nine other EU countries. If the price for a drug is higher here than the nine-country average, the price will fall. In some cases, medicine prices will not fall. €600 million in savings through price reductions have already occurred since 2006.

While the IPHA has pointed out that Ireland’s expenditure on medicines is now the fifth lowest in Europe as a proportion of health spend (11.7 per cent), the figure does not include money spent by hospitals in medicines. The IPHA has said that recent cuts in drugs costs have been disguised by the increased volumes of medicines supplied to the Health Service (5-7 per cent annually).

Comparative analysis shows that Ireland’s drugs costs are high. In its 2011 report on health indicators, the OECD found that Ireland’s pharmaceuticals spend in 2009 was 1.7 per cent of GDP, above the 1.5 per cent average in 32 countries. While the average expenditure per capita was $487, at purchasing power parities, the Irish spend was $662.

The OECD found that growth in real per capita pharmaceutical expenditure between 2000 and 2009 was significantly higher than the average among 31 countries: 8.7 per cent compared with 3.5 per cent. The British Department of Health’s 2012 annual report to the UK Parliament on pharmaceutical prices also points to Ireland’s high drug costs (see above).

Minister Reilly and his department are also pressing ahead with plans to reduce the cost of generic drugs through the Health (Pricing and Supply of Medical Goods) Bill 2012, which is expected to be enacted by the end of the year. The Bill will introduce a system of reference pricing and generic substitution. Negotiations with the Association of Pharmaceutical Manufacturers in Ireland (which represents the generic drugs industry) are expected to conclude shortly. The Government had pledged in the Programme for Government to introduce reference pricing and the use of generics to reduce the State and patients’ drugs bills.

The Bill will enable patients to opt for lower cost interchangeable (generic) medicines and will establish a list of prescribed items that may be supplied or reimbursed by the HSE to patients under the General Medical Services and community drug schemes. Mechanisms for setting the prices of those items will be established. Under reference pricing, a common reimbursement amount for selected groups of medicines is set. This allows patients to avoid out-of-pocket payments by opting for a generic medicine at or below the reference price.

This legislation, which has passed second stage in the Seanad, was welcomed by Fianna Fáil and Sinn Féin. However, Fianna Fáil’s Seanad Health Spokesman Marc MacSharry criticised the lack of patient consultation planned on authorising products: “There is nothing in this Bill that gives a patient or a patient advocacy group any recourse to a decision that is made to provide a drug, to have a drug provided or anything like that.”
The Minister claims the interests of patients are already central to the Bill, evident through the proposed criteria that the HSE will have to consider in amending the list of reimbursable products (e.g. public health needs).

Meanwhile, the Department of Health is currently reviewing misuse of drugs regulations with a view to imposing additional controls on some prescription medicines that are being abused. Dr Des Corrigan, former Chairman of the National Advisory Committee on Drugs, said that proposed changes to the Misuse of Drugs Act would significantly restrict the length of time over which addictive drugs such as benzodiazepines (psychoactive drugs) could be prescribed. The department is proposing to tighten prescribing and dispensing rules (e.g. restricting the number of doctors who may prescribe such drugs).

The department has also established a national task force on the prescribing and dispensing of medicines. The group will provide advice, guidance and support to prescribers and dispensers and will assess whether certain medicines with limited efficacy should be maintained where more appropriate items are available. 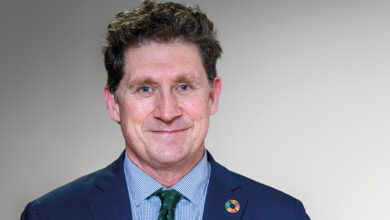 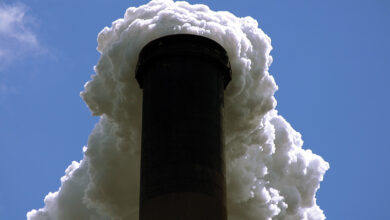