Deadlines loom for the transmission and gas distribution companies in Great Britain as they finalise their business plans for December submission to their regulator, Ofgem, under the RIIO-2 price control framework. Those organisations that did not begin preparation well in advance will struggle to put forward a convincing case to meet its requirements, writes Peter McCleneghan.

The new regime was designed to respond to the need to decarbonise the energy network by encouraging innovation, tackle issues of uncertainty, and create incentives for companies to invest flexibly in the future. It also placed a greater emphasis on the companies reaching out to understand their customers’ priorities.

Although RIIO-2 builds on the previous price control, Ofgem has made changes. Following concerns about the level of returns being earned by the companies, the industry expects lower allowed returns and limited scope for outperformance.

The contrast between the regulatory decisions of Ofgem, Ofwat (the water regulator in Great Britain), the Northern Ireland Utility Regulator and those of the Commission for the Regulation of Utilities (CRU) provide interesting lessons for the Irish network companies.

Under RIIO-2 companies must undertake extensive customer engagement to guide decisions, determine priorities and to feed into how Ofgem calibrate incentives.

This builds substantially on the customer engagement that Ofgem required for RIIO-1 and on the practices developed by the water industry, where ‘triangulation’ is used to reconcile the views of customers, policy makers and shareholders when making decisions. The scale of RIIO-2 customer engagement is far above that undertaken on the island of Ireland to date.

Each network company is also mandated by Ofgem to establish its own independent Customer Engagement Group to scrutinise and challenge the company’s business planning. This is a significant differentiating factor from the stakeholder engagement incentives provided by the CRU in electricity networks Price Review 4.

However, the detailed customer engagement that companies carried out during water price control PR19 does not seem to feature prominently in Ofwat’s recent draft determinations, with a top down approach to assessment more apparent.

A focus on engagement would be of particular benefit for Irish gas network development as it could capture insights from both on-grid and off-grid consumers and evidence consumer willingness to pay for future innovation. However, these insights should not be expected to supersede regulatory decisions made using more traditional economic assessment methods.

Ofgem has chosen to extend its existing innovation stimulus to trial potential network solutions to the challenges arising from the low carbon transition. This includes a decision to encourage the roll-out of biomethane injection during RIIO-2.

While these decisions are very welcome, it is also notable that Ofgem is removing focus from other innovation measures and is encouraging network companies to undertake more innovation as business as usual. This shift in focus also includes the removal of the innovation roll-out incentive, which was deemed as having had limited success.

Ofgem has also chosen not to fund the roll-out of compressed natural gas transportation. Stating that it has not seen evidence that such an output would be in the interests of gas consumers.

This is in direct contrast to the support the CRU provided Gas Networks Ireland for the development of the Causeway Study to roll-out Compressed Natural Gas filling stations for transportation. While this is a change of approach from Ofgem, the Northern Ireland Utility Regulator has been consistent its approach to support for innovation opportunities.

The Utility Regulator declined a proposal from SGN to include innovation incentives during the last gas distribution price control, GD17, and did not actively encourage the gas network companies to pursue involvement in the Causeway Study. 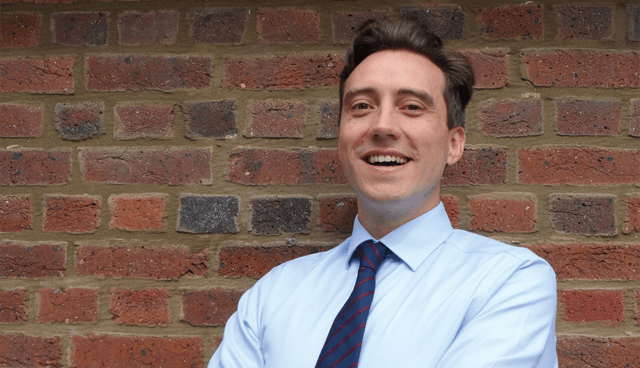 A focus on engagement would be of particular benefit for Irish gas network development as it could capture insights from both on-grid and off-grid consumers and evidence consumer willingness to pay for future innovation.
However, these insights should not be expected to supersede regulatory decisions made using more traditional economic assessment methods.

The Utility Regulator also refused upfront allowances for innovation in NIE Network’s RP6, instead including re-openers relating to innovative future investment and facilitation of low carbon technologies post 2021. These decisions demonstrate the need for network companies to demonstrate the results of innovation and show it is leading to the rollout of new technologies.

The UK Department of Business, Energy and Industrial Strategy is currently working to develop future heat policy which relates to the decarbonisation of the methods used to heat and cool homes and businesses. This has required Ofgem to make provision for a price control re-opener to address the potential impact on gas distribution networks.

The absence of a new framework will have significant impact on the implementation of UK heat policy in Northern Ireland as well as network specific issues such as the potential NIE Networks RP6 reopener and the gas networks GD23 price control.

It is in the interest of all Irish companies involved in the integrated single electricity market, interconnection, smart grids, grid reinforcement or with interest in future cross-border innovation opportunities to seek to assist the Department of the Economy in the development of its new Strategic Energy Framework.