Ireland may have been one of the first countries to communicate their congratulations to President-elect Donald Trump, but even the keenest bridge-building might not be able to avert the disruptive economic impact some of his proposed policies could have.

Ireland’s ability, through its low corporation tax, to attract FDI is being put under pressure by Trump’s proposals to bring business home. A senior economist to Trump’s campaign, Stephen Moore, has already suggested that he expects businesses to relocate back to the US from Ireland when the US corporation tax is slashed from its current 35 per cent rate to a proposed 10-20 per cent. Ireland’s economy and job market would feel the effects of any large company relocating, especially the large tech firms such as Google, Microsoft and Apple, who have helped shape the country’s economic recovery. Trump aims to not only entice new business to stay in America but also implement a tax amnesty for multinationals who pay their taxes off shore and repatriate them back in the US at a rate of 10 per cent.

The Irish Government is likely to continue its pursuit of an amnesty for undocumented Irish living in the US, estimated to be around 50,000 people. Trump has consistently emphasised his desire to reduce the level of immigrants coming to the US and even threatened to deport those who are living there illegally. The ‘sanctuary’ status of cities such as New York and Chicago, which are home to many illegal undocumented Irish, are likely to see the practice ended. Another element of Trump’s immigration reform is plans to scrap the J1 visa, a tool used by Irish students annually to work in the US over the summer months.

Criticising the trade deals of presidents who have went before him, Trump’s inward policies are likely to cause disruption, if not abolition of, the Transatlantic Trade and Investment Partnership (TTIP). Opposed to free-trade, Trump is likely to opt for a re-negotiation of deals with foreign nations, seeking a better deal for America. The Transpacific Partnership (TPP), the previously agreed deal between 12 countries, including America, Mexico and China, is now expected to be killed off in Congress and TTIP is likely to follow suit. The collapse of the deal will be a blow for potential growth in all of Europe’s economies, including Ireland.

Strong criticism of Trump and his policies pre-election are likely to cause some level of friction between Ireland’s leaders and the future President. Enda Kenny has stated that he is confident relations between Ireland and the US will continue to prosper under Trump’s leadership and Trump will continue the tradition of inviting Ireland’s leader to the White House for St Patrick’s Day. However, if Trump stands firm on his pledges around immigration and border controls, the relationship could become strained.

Trump has, in the past, praised Russian President Vladimir Putin and earlier this year raised question marks as to whether he would secure eastern European nations under NATO. Any euro-wide stance against Russia would put Ireland’s neutrality stance back into focus. Trump’s inward focus on the US is also likely to see greater security around travel to the US in order to prevent a terrorist attack. Ireland’s preclearance arrangement with the US could change under customs and visa reforms. 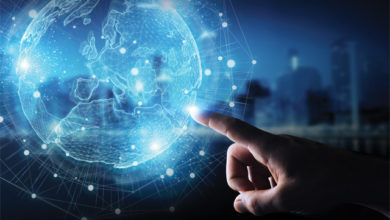 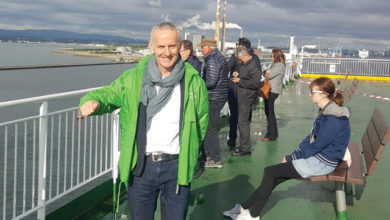