From a technological perspective, we’ve come a long way since 2010. The smartphone, a relative novelty until the iPhone completely altered our view of mobile technology, has now surpassed the desktop computer as our primary means of browsing the web, writes David Curtin, CEO of IE Domain Registry.

In 10 years, we have seamlessly integrated digital technology into our personal and private lives — whether we know it or not, our daily decision-making is influenced, even enabled, by artificial intelligence, faraway data centres and the churn of social media.

Indeed, the 2010s have been the decade of “digital transformation”, the principle of hardwiring digital technology into every aspect of a business to solve problems of productivity, innovation and creativity. At a basic level, for a micro-business, this might involve simply building a more useful website with e-commerce capability to sell to more customers; for a corporation, it could mean a large-scale rollout of artificial intelligence and blockchain to improve customer service and operational accountability.

One of the major risks for a business, be it a multinational or a local shop, is being outsmarted and outplayed by competitors. In this regard, digital technology presents an entirely new arsenal of tools to do just that.

As the pace of technological change accelerates at an exponential rate and consumer demand for fast, effortless interactions with companies increases, the businesses that fail to keep pace will lose sales and, ultimately, customers. There are signs that Irish businesses are lagging behind.

Every year, IE Domain Registry surveys Ireland’s SME population for insight into their use of digital assets, like websites, social media and other software. The latest edition of our Digital Health Index shows that the majority of Irish SMEs still rate poorly for e-commerce and transacting online, and even worse for their ability to use software and digital skills to boost their productivity and analyse customer data. If Ireland Inc is to remain competitive in the global marketplace, this must change.

The tech landscape is constantly changing and there is a danger that if we don’t solve the underlying “adaptability problem” that many SMEs face now — that is to say, their ability to learn new digital skills and apply them in a business context — these knowledge deficits will only deepen. If SMEs are struggling to wrap their heads around e-commerce in 2019, how will they fare when consumers consider AI chatbots and AR as standard?

Policymakers, in collaboration with industry, have a huge role to play in tackling these challenges, particularly when it comes to the creation of new, grassroots supports for businesses and local communities and smarter deployment of existing funding and services. They must also prepare for more substantial paradigm shifts.

A massive expansion of the internet

Most people still tend to think of the internet as a network of desktop computers, laptops, routers and mobile phones, but as our technological capabilities have advanced, so too has the concept of the Internet of Things (IoT).

IoT’s basic premise is that every object that has the potential to generate useful data can be connected to the internet and transmit that data for storage and analysis. Innovators have been quick to see the potential. Now, kitchen appliances, buildings, cars — even clothes, lightbulbs and dog collars — can create data and send it over the internet via dedicated components, like sensors or radio frequency tags.

As more objects connect to the internet, the larger the internet gets. As of last year, there were seven billion connected devices, essentially one for every person on Earth. That number will grow massively in the next decade, and with it, the pressure placed on our internet infrastructure.

Think of this infrastructure like a motorway with a set number of lanes. As the frequency of data transmission increases due to the increased number of devices, the traffic on that motorway becomes congested. Some of the “vehicles” making up that traffic will be so large (because they represent huge amounts of data, like an ultra-HD movie stream, for example), that they will take up multiple lanes, making it hard or nearly impossible for other vehicles to pass, affecting connection speeds in the process. This motorway will soon need additional lanes and more efficient traffic management.

That’s why the National Broadband Plan remains a topic of such great importance. Irish SMEs still complain about sluggish internet speeds and for good reason. According to the latest Digital Health Index, only half of SMEs in Munster rate their connection as excellent or very good, a number that drops to 39 per cent for SMEs in Connacht and Ulster. Just under one in 10 of all SMEs said that their connection had worsened either somewhat or significantly in the past 12 months.

While simply connecting the most remote parts of Ireland to fast internet is one priority, the other is ensuring that whatever new infrastructure we do construct is not just a solution for the 2020s, but for the decades that follow. That requires decision-makers to stay abreast of trends and anticipate the stresses that emerging technologies — like ultra-HD video streaming (4K and 8K), AR and VR, holographic technology, and the expansion of IoT — will put on the cables we lay.

Nearly all of us interact with an artificial intelligence of some kind every day. For example, Google’s power to personalise our online advertisements is built on a type of limited AI called “machine learning”. Many virtual assistants, like Apple’s Siri, improve their speech recognition capabilities in the same way. The programmer sets some basic parameters, but after that, the programme must make sense of the data it gathers and act accordingly.

Irish consumers are increasingly comfortable with these advancements: six in 10 of us claim to have used an emerging technology, like an AI assistant, at some point. This number will grow, as will the contexts in which these technologies are used, as the means to access and use them improve.

AI and IoT, while posing challenges, mostly promise opportunities for revenue generation, efficiency and creativity. However, technological advancement is a double-edged sword, and malicious actors will wield it for their own purposes. IoT, in particular, provides hackers with potentially hundreds of new ways to break and enter into a business or a household network. Keeping a desktop computer safe behind a firewall is one thing — how can we safeguard our internet-connected cars and door locks?

As new cybersecurity challenges take root, like ransomware, and uglier threats loom menacingly over the horizon, like artificially intelligent malware, businesses, no matter how small, must place renewed emphasis on cybersecurity strategy, the core of which is the practice of better “security hygiene”.

While the specifics of this practice will change as the threat ecosystem evolves, the basics will remain the same: software and hardware updates should be downloaded and applied as soon as prompted; passwords should be as complicated as possible; public WiFi should be avoided at all costs; and data should be backed up to a secondary source, preferably to the cloud and an external, disconnected hard-drive.

The 2020s are ripe with opportunity for Ireland, particularly its SME community. Never before have consumers been so accessible, so willing to engage and connect, and such keen adopters of new technologies.

This activity has created a growing e-commerce market of more than €12 billion. If SME owners want their own share of this cake, they must be willing to match their customers’ enthusiasm and learn the digital skills necessary to enhance their online presence, sales capabilities, internal productivity and innovation processes. While individual businesses can take action now, ensuring Ireland’s long-term global competitiveness requires an over-arching effort — the Government and industry need to work together to ensure that the right educational and commercial supports exist.

David Curtin is the Chief Executive of IE Domain Registry, the company that manages and maintains Ireland’s country domain, .ie. IE Domain Registry is a member of CENTR, the European council for country code domain registries. 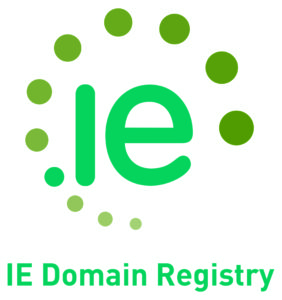