The Construction Sector Group was established “in order to ensure regular and open dialogue between government and the construction sector”. Comprised of government, industry and worker representatives, the group focuses on the successful delivery of the National Development Plan and considers wider developments within the sector, currently being threatened by low construction sector productivity.

The stated remit of the Construction Sector Group involves:

Membership of the group comprises representatives of the departments of Public Expenditure and Reform, Business, Enterprise and Innovation, Communications, Climate Action and Environment, Education and Skills, Health, Housing, the Taoiseach, Tourism, Transport and Sport, as well as the HSE, the Office of Government Procurement, Office of Public Works, the Association of Consulting Engineers of Ireland, Builders Merchants Federation, Construction Industry Federation Engineers Ireland, Irish Congress of Trade Unions, Irish Planning Institute. Royal Institute of Architects of Ireland and the Society of Chartered Surveyors Ireland. The group meets quarterly and also contains within it two sub-groups: one focussed on growth and productivity and another on value for money and sustainability.

The work undertaken by the group in 2019 was centred on contributing to the Government’s update of the Investment Tracker and Mapping Tool, unveiled as part of Minister for Finance and Public Expenditure and Reform Paschal Donohoe’s Project Ireland 2040 update, monitoring construction sector productivity assessments and growth actions, developing a strategy to promote construction as “an attractive, modern and technology-centric industry” and contributing to the BUILD report, launched by the Government to cover the sector’s performance and prospects.

Housing completions were reported to have reached 18,000 for 2018 (this rose to 21,500 for 2019 after the publication), up a quarter on 2017 and close to 80 per cent of housing completions were in towns or cities, “meaning better connectivity infrastructure and services for families”. In terms of the costs associated with construction, tender prices rose by 7.4 per cent and after publication this was 6.5 per cent for 2019. There are reported significant skill shortages in trades such as plastering and bricklaying, but the industry is accounting for 6.4 per cent of total employment within the Irish economy.

50,673 construction enterprises were registered in Ireland in 2016, with over 95 per cent of these being classified as micro (up to 49 people employed or engaged). Average gross value added per person in the large enterprises (over 250 people employed or engaged) is €98,000, almost double the average for those employed by micro enterprises. Perhaps most worryingly within the report is the contention that there has been “little to no productivity growth” between 2000 and 2016. The sector ranks 14th in Europe for labour productivity and it said that had the sector kept pace with the productivity growth of other domestically dominated sectors, its GVA would currently be €3.1 billion higher.

There is, according to the report, “considerable scope to address this” productivity issue and it was under this guise that Minister Donohoe announced the undertaking of research into innovation and growth in the industry. Announced in March 2019 after the publication of BUILD, tenders for the research project were open until May, with a decision stated for September. The research is being undertaken as a response to BUILD’s findings and in order to highlight “the potential opportunities from increasing technology adoption and learning rom best international practice”.

With the help of the Construction Sector Group, the Government has said that it is undertaking the research to “identify and assess actions which are relevant to the construction industry in Ireland and set out clearly defined and implementable actions for both the industry and for policy makers”. At the last meeting of the Construction Sector Group for which minutes are available (14 May 2019), DPER provided details of the progress of the productivity research and the possibility of a Centre of Excellence. At that time, the Department committed to appointing an organisation to conduct the research “shortly” and said it would convene a steering group to have a review of the Public Service Capacity completed by November. 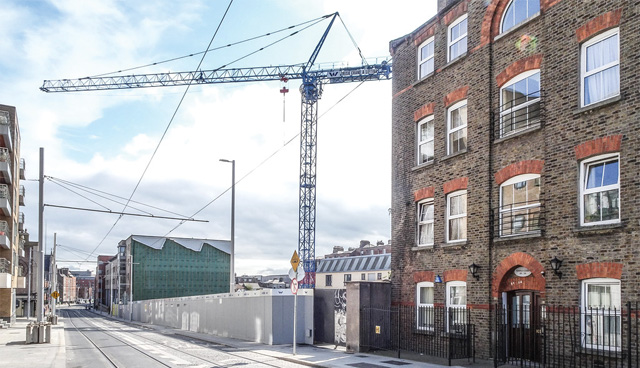 Also on the theme of improving productivity, Construction Industry Federation (CIF) brought forward the findings of the Careers in Construction survey at the May meeting and proposed the establishment of a separate group between the industry, departmental groups and further training and education organisations such as Solas and the Higher Education Authority in order to “encourage young people into the sector and change perceptions”.

In January 2019, it outlined its three pillars for tackling the productivity challenge:

While the Irish economy currently enjoys 34 per cent greater productivity than the European average, the construction sector is 5.4 per cent below average. The record levels of housing need and the ambitious infrastructure building plans of the National Development Plan and Project Ireland 2040 mean this gap must be bridged in order for the country to maintain and improve these overall impressive levels of productivity.