Through a plebiscite held in 2019, the citizens of Limerick voted to directly elect their mayor. Diarmuid Scully, lecturer at the Department of Government and Politics, University College Cork and former mayor of Limerick explores the potential implications for local government across Ireland.

The democratic decision of the people of Limerick in May of 2019 to opt for a directly elected mayor with executive powers was not just an important one for Limerick. The potential reconfiguration of powers and functions now being discussed with regard to Limerick provides a unique opportunity to reform and overhaul local government throughout Ireland.

The starting point for any such discussions must be the recognition that local government in Ireland is very much an outlier in a European context. In terms of relative powers and functionality, Ireland is ranked in last place among the EU27 and 43 out of the 44 countries on the continent of Europe (represented in the Congress of Local and Regional Authorities). Only in Moldova does local government have a less exalted position than in Ireland.

Unsurprisingly, given the few powers and functions held by local government, funding is amongst the lowest in the EU. According to the OECD’s Key Data on Local and Regional Governments in the EU, only in Greece, Cyprus and Malta does local government receive a lower share of national expenditure than in Ireland.

Local government in Ireland is an outlier in two other respects. We have the fewest elected representatives per head of population in Europe and we are the only country in the EU that uses the council-manager system (outside of the EU the only places in Europe to still use this system are Scotland and Northern Ireland). Every other country has either long vested executive power at local level in elected representatives or has recently moved strongly in that direction.

Aside from the democratic deficit at the heart of our local government system, the other idiosyncrasies might not matter so much if our highly centralised state could effectively deliver the services that people need, but the evidence of almost a century of independence is very much against that idea. Many of the perceived underperformances of the Irish State, from housing to public transport, to healthcare to crime prevention, are in areas that elsewhere fall within the remit of local government.

The scope for reform, therefore, is immense, but reform is possible, and Limerick is the ideal place to trial such reforms. Limerick and the mid-west have a history of state-led innovation stretching back to the establishment of Shannon Development in the 1950s, the event that kick-started Ireland’s foreign direct investment headed industrial revolution. In more recent times the local authority has managed the successful merger of Limerick city and county councils, city and county development boards, the northside and southside regeneration companies and the city and county enterprise boards.

Limerick was also the pilot local authority for the rolling out of the Housing Assistance Payment programme. Through all these changes, councillors and management have demonstrated an ability to work with one each other, with national government and with the wider community. In that regard the Limerick Charter initiative, undertaken by former CEO Conn Murray, bringing the three universities, the port company, the airport and the local authority together to revitalise the city centre, serves as model for what can be achieved locally.

The guiding principle of the work currently being undertaken by the Independent Advisory Group on the Directly Elected Mayor for Limerick is that, in the words of our Chair, Tim O’Connor, all of the proposed changes should “add value”.

• add value for the citizen in terms of improved delivery of public services;

• add value to Limerick City and County Council as an organisation;

• add value to the office of mayor;

• add value to the office of CEO; and

• add value to the role of councillors.

Though it is not a part of our remit, it is hoped that if successfully implemented, the proposed reforms will also add value to the work of ministers and civil servants by freeing them from making decisions that are better made at local level and allowing them to concentrate their time and efforts on their national responsibilities.

“Limerick and the mid-west have a history of state-led innovation stretching back to the establishment of Shannon Development in the 1950s, the event that kick-started Ireland’s foreign direct investment headed industrial revolution.”
Diarmuid Scully 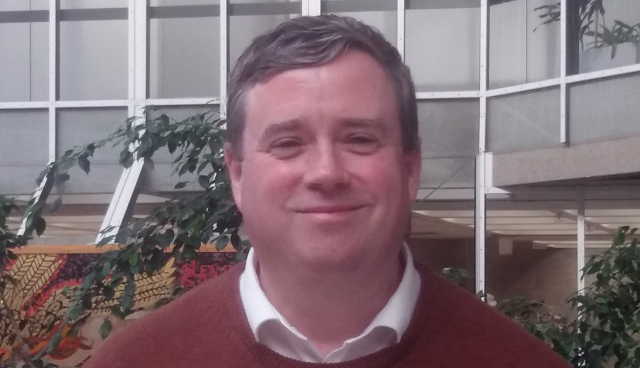 In seeking to achieve these often disparate goals the Working Group has been conscious of Ireland’s obligations in the European Charter of Local Self Government, which we formally adopted in 2002 (Council of Europe). This charter obliges all signatories to ensure that local government is properly funded, and in so far as practicable, that local authorities are free to make their own decisions.

Much of the reform agenda in local government in Ireland over the last two decades, including Constitutional recognition and payment for councillors, has been driven either by the obligations we were required to meet before signing the charter, or by the recommendations made as part of the regular inspection reports carried out since 2002 by the Council of Europe under the charter. In 2013, the latest inspections found that although Ireland has made progress, it has not yet met its obligations and must devolve further powers, functions and funding to local government in order to do so.

Accordingly the Working Group is undertaking an analysis of all those functions performed and public services provided by the State at national level to see which, if any, would be suitable for devolution to local level. Bringing these functions within the remit of the local authority provides an immense opportunity for coordinated service delivery across departmental areas and provides a chance to end to the silo mentality that has frustrated both public and public servants for decades. It is vital that the devolution of power, when it happens, is real, and that is accompanied by both the mandate to take decisions and the money to implement them.

The European Charter of Local Self Government acknowledges that not all public services that people avail of in their localities can be provided at local level, but where this is impossible, the State must put in place a formal process of consultation with local authorities to ensure that their voice of is clearly heard in matters affecting them. Proposals for how such a process of formal consultation could be implemented will form part of our report.

The Working Group is currently undertaking a comparative study of similar combined urban and rural authorities such as Limerick in other advanced democracies and will soon embark on a process of widespread public consultation. Limerick is setting out on an exciting journey. Hopefully it is one the rest of Ireland will soon embark on.