Limerick, the only city to vote in favour of having a directly elected mayor in a plebiscite in May, has been set a deadline of May 2021 for the election of its first mayor in what could be the start of a major shakeup of local governance in Ireland.

The plebiscite on directly elected mayors was put to the cities of Cork, Limerick and Waterford on the same day as the local and European elections in May 2019. With Limerick the only city to vote in favour, its Implementation Advisory Group is recommending that the first election be held in or before May 2021.

The chair of the Implementation Advisory Group is Tim O’Connor, the former consul general in New York for several years and former Secretary General to President Mary McAleese. On the day of the group’s first meeting, O’Connor told the press that it would be continuing with its work for six months in the hopes of presenting a report to the Government by June 2020. It is hoped that legislation will be enacted by autumn 2020 in order to allow the election in May 2021 to be held.

The Implementation Advisory Group is made up of Limerick councillors, members of the city and county executives, academics and businesspeople from around the city and county. Diarmuid Scully of the Centre of European Studies at the University of Limerick, a group member and former Mayor of the City and County of Limerick, warned after the group’s meeting that a possible general election in the first half of 2020 should not slow down the process of securing a first election date.

Minister of State for Local Government and Electoral Reform John Paul Phelan TD appeared to pour cold water on the idea of such a delay happening should there be an election. After meeting with the group, he pointed out that the idea of directly elected mayors for the three Munster cities had had cross-party support.

The Minister of State also added that the addition of the position would be an opportunity to rebalance the deficits currently gripping local government in Ireland. He expressed the hope that Limerick’s pioneering of the directly elected mayor model in Ireland could set the template for the rest of the country.

It was announced before the plebiscites that the directly elected mayors would all receive a salary of almost €130,000 per annum, but the Implementation Advisory Group has provided more details on the total cost of the newly created office. On top of an annual salary of €129,854 per year, the mayor will receive a flat rate of €16,000 annually for expenses. His or her advisor and programme officer will earn annual salaries of €66,741 each and a personal driver will earn €34,580, bringing the total cost of the office to €313,916 per annum.

Under government proposals, the directly elected mayor will assume a significant portion of the executive functions that currently lie with the local authority’s Chief Executive, including annual budgets and local policy. Indeed, it was claimed in the run up to the plebiscites that the proposed mayor for Cork City would be the most powerful politician in Ireland outside of the Government Cabinet.

It was said before the plebiscites that the new mayors would have powers in housing, planning, roads, policy, judging the lawfulness of council decisions and the corporate functions of their councils, while the Chief Executives would retain powers in areas such as social housing, granting licenses and permits and enforcement matters.

Dublin, where calls for a directly elected mayor have only grown louder since the foundation of the office of Mayor of London in 2000, was excluded from the plebiscite process due to what was called “the complexities of local government in County Dublin and the Dublin Metropolitan Area” in the Local Government Act 2019, which provided the legal footing for the plebiscites in the Munster cities. Instead, the Act called for “detailed and informed public discourse on the matter” with regard to Dublin, where a Citizens’ Assembly focused on the matter is due to be set up. 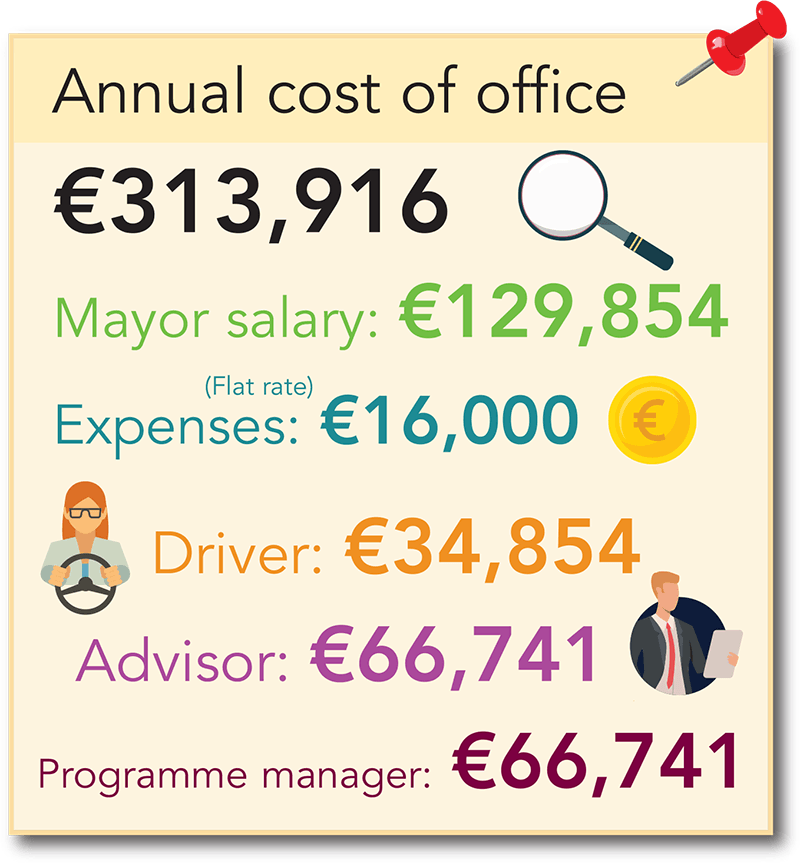 The passage of the plebiscite in Limerick is the first concrete step that began not long after the foundation of the London mayor’s office in 2000, when the 2001 Local Government Act included the provision for the election of mayors starting with the local elections of 2004. However, this provision was repealed in 2003.

Ideas have also been floated for the appointment of a night mayor in Dublin in order to better protect the night-time economy and cultural hotspots that have found themselves either displaced or facing ever-increasing rents due to prices in Dublin. The model has been trialled in Amsterdam, Toulouse and Zurich among other cities, but so far, no concrete plans have been forthcoming on the matter.

The directly elected mayor model that will now be implemented in Limerick is most likely to be analogous to the one seen in England, where London has had its own since 2000 and there are now eight other directly elected mayors throughout the country. Described as “chairs of their area’s combined authority and are elected by the residents of this area”, there are now elected mayors in London, Greater Manchester, Liverpool City Region, Tees Valley, West Midlands, Cambridgeshire and Peterborough, West of England, Sheffield City Region and North of Tyne.

The Mayor of London, currently Labour’s Sadiq Khan, differs from the other mayors. London Councils say that he “has a duty to set out plans and policies for London covering transport, planning and development, housing, economic development and regeneration, culture health inequalities and a range of environmental issues including climate change and air quality” along with “a number of other duties relating to culture and tourism, including responsibility for Trafalgar and Parliament Squares”. He also sets the annual budgets for the Greater London Authority and the GLA Group, which includes Transport for London, The Metropolitan Police and the London Fire Brigade.

With the rejection of the creation of offices in both Cork and Waterford, those invested in the reorganisation of local government in Ireland will turn their eyes to Limerick and 2021 to see how the tone is set for this overhaul’s beginning in Ireland.