Robinson believes that the climate crisis must be made personal for governments and major corporations. The Chair of the Elders emphasises that scientists’ repeated warnings the crisis have not been taken seriously enough until now.

“I think the way to make both governments and corporations take it personally, is to look through the lens of justice and see the injustice of the impacts of climate change,” says Robinson, who has identified five layers of injustice.

Setting these out, the former President says that the first injustice is evidence that climate change has a disproportionate impact in the poorest countries, poorest communities and among the indigenous people of the most vulnerable parts of the world, despite little responsibility for the scale of emissions.

The second is that women are more greatly impacted because of gender stratification. “Women often do not have the same power, the same access to credit and in many countries, they might not have the same rights, and yet they have to go further in drought and floods to make their communities more resilient,” she states.

The third layer of injustice applies to young people, who are cognisant the errors of their predecessors and in studying the science are conscious of the precarity of the future, Robinson asserts, before paying tribute to the youth movement for its persistent demand for change.

The fourth, Robinson explains, is a subtle point but one that is important for a country like Ireland, which has built its economy using fossil fuels, and is now in need for a just transition.

As a former Special Envoy of the Secretary-General for Climate Change, Robinson says that she recognised a promise from the developing countries to go as green as possible, providing they were supported with investment, training, and skills.

“The next decade is probably the most important decade in the history of humanity because it will determine whether we have a future.”

“We have not shown that solidarity and in the interim developing countries have continued to find oil and gas,” she says, adding: “The reality is that they are given little option but to go down the dirty route, meaning they will use up the carbon budget and will be affected first as the most vulnerable. However, we will all be affected and therefore, it makes common sense for us to share the technology for the whole world to go green very rapidly.”

The fifth and final layer identified by Robinson is the injustice to nature itself. “The loss of biodiversity and the extinction of species means that we need not only to cut emissions but to restore biodiversity. We need to make that feel personal and not some big scientific idea. That is the importance of climate justice,” she explains.

As such, Robinson says that personal choice to use votes, voices and join organisations involved in climate conservation and advocacy, as individuals, will in turn become collective behaviour. However, most importantly for Robinson is the ability to imagine “the healthier world we are hurrying towards”.

“If we can imagine this future together, we will want to get there and we will urge governments to get there. We need that impulse of real energy to get a world of staying below 1.5ºC,” she says.

Concluding, Robinson says that realising a world of climate justice and sustainability before it is too late is a very real challenge. The former President says that she is alarmed by a recent report by the International Energy Agency which highlights a rise in emissions as countries shore up their economies post-Covid crisis.

“What we need is all governments, corporations and cities to commit to be net zero emissions by 2050 and then work backwards to 2030 for the commitments they will make this year. The UN Conference on Biodiversity in China and the COP26 conference in Glasgow represent an opportunity to commit to protecting 30 per cent of our land and 30 per cent of our oceans as part of restoring biodiversity.

“We need to commit to nationally determined contributions that cut emissions by more than 50 per cent for industrialised countries by 2030. 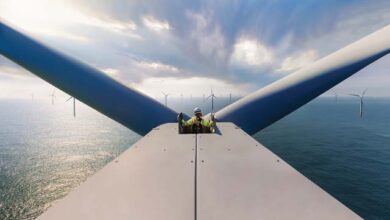