Mary Robinson has emphasised the urgency of tackling climate change and poverty together in the light of the IPCC’s findings.

The latest Intergovernmental Panel on Climate Change report is “the final wake-up call” on the global problem, former President Mary Robinson has warned. The Mary Robinson Foundation focuses on ‘climate justice’ i.e. viewing climate change as a human rights issue and emphasising the need to protect the rights of the poor.

“The report definitively tells us that our efforts to reduce carbon emissions to date have been ineffective and greenhouse gas emissions were the highest in human history between 2000 and 2010,” Robinson stated. “We are on a path to [a] global mean surface temperature 3.7 to 4.8°C higher than pre‐industrial levels. This will affect everyone and the most vulnerable first and most.”

Everyone had a responsibility to act by reducing their dependency on fossil fuel consumption and moving to a low carbon economy. Robinson is seeking a climate change agreement by the end of this year rather than waiting until the Paris climate change conference in December 2015. An interim conference will be held in Lima between 1-12 December 2014.

Such an agreement needs to be “fair and legally binding” and it was “critical that we choose policies and development pathways that are transformative, not revisionist.”

Writing for the Huffington Post blog in January, she warned against leaving climate change out of discussions on the future of international development after 2015. The divisive nature of climate change talks has led some policy-makers to conclude that keeping it on the agenda will hold up progress in other areas.

Robinson has reaffirmed that climate change is a development issue that “will undermine development gains and increase poverty and vulnerability” if it goes unchecked i.e. unprecedented heat waves, severe drought, major floods and serious impacts on societies and ecosystems. She also pointed to the benefits of the green economy. The USA alone had 3.4 million “green jobs” in 2011 – a 5 per cent increase from the previous year.

The foundation is based at Trinity College Dublin. Robinson is also the UN’s special envoy for the war-torn Great Lakes region of central Africa, which includes Rwanda, Burundi and the Democratic Republic of the Congo.

• Support the right to development

• Harness the “transformative power” of education 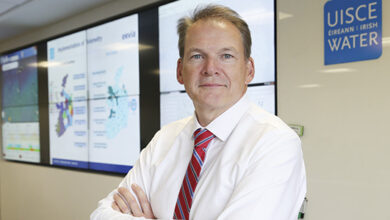