Nguyen Dinh, head of hydrogen and principal in Ireland and Vietnam at OWC, and Claire Atkins, OWC Ireland country manager and a specialist in offshore wind supply chain, infrastructure and installation, discuss routes to market options and further reduction of risk and costs for offshore wind energy.

Dinh contextualises where Irish offshore wind finds itself at the moment: “The Offshore Renewable Energy Development Plan Phase 1 identifies the potential for offshore wind farm development of up to 39GW without significant adverse effects on the environment. The potential for Irish offshore energy including wave and tidal could be 70GW, 10 times our national electricity needs. Ireland’s Climate Action Plan has very ambitious targets of 40 per cent of energy and 70 (now 80) per cent of electricity from renewables by 2030.

“However, we know that electricity consumes only 30-35 per cent of total energy and that the other 65-70 per cent is consumed by transport, heat and other sectors, which is mostly imported from other countries. So, the question is: how we can deliver that potential to all sectors?”

Dinh mentions that EirWind’s Irish Offshore Wind Blueprint 2020-2050, published in July 2020 and synthesised from more than 40 research reports, sets the vision for 2030 to meet the Government’s target and develop up to 7.3GW of wind generation. If the infrastructure required can be developed and scaled up by 2040, an expected 13.8GW of offshore wind is to be delivered. By 2050, Ireland expects to be a global exporter of offshore power and hydrogen exporting about 30 percent by 2040 and more than 60 percent by 2050 with regards to hydrogen production. Delivering the blueprint targets will bring in enormous economic, social, and environmental benefits to Ireland.

“Hydrogen may have its challenges but deepwater wind projects fitted with electrolysers could change the way we store and transport energy.”

With this expectation looming over the development of offshore wind in Ireland, Dinh and Atkins explain the typical development of a project, particularly with regard to costs and possible risks: “In general, most offshore wind projects will have five stages. Stage 1, development and consenting, takes considerable investment and the risks here include regulatory uncertainty, costly surveys and experience of the consultant and other contractors used. The next stage, Stage 2, is component manufacturing which entails significant capital expenditure for components, structure and turbine manufacturing. There are multiple risks in this stage which include contracting risks, a lack of standardisation, lack of risk sharing, and insufficient capacity or inexperienced contractors.

“Stage 3, transportation and installation, these costs are heavily dependent on infrastructure availability and logistics. Particularly when you consider key elements such as port infrastructure. Stage 4, operations and maintenance, governs the revenue but is largely dependent on the reliability of O&M measures and sufficient infrastructure availability. The last stage, Stage 5, is decommissioning. It is important to weigh up the costs and the risks associated with all five stages, in order to support the developers involved,” says Atkins.

Dinh expands into floating offshore wind (FOW), detailing the fact that research tells us that prospective costs for substructure and foundations, can carry considerably larger costs. Potential opportunities for cost reduction, he says, lie in further support for the FOW sector. 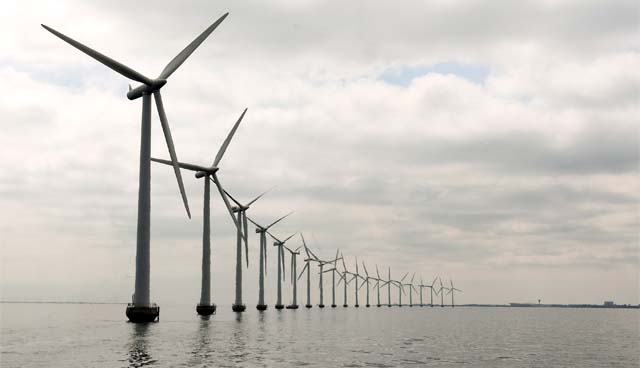 “The FOW sector needs experienced engineers as well; for example, OWC have gained significant FOW experience through the work that we have undertaken as Owners Engineer on the Erebus FOW project in the Celtic Sea and other projects,” he says.

“In Ireland, when we are developing FOW, besides infrastructure, route to market is the other important issue. Hydrogen may have its challenges but deepwater wind projects fitted with electrolysers could change the way we store and transport energy. Moving to FOW will not only change the way we deliver energy, but how we store and transport it as well, as mentioned in a recent article by RV Ahilan from the AqualisBraemar LOC Group.”

Turning his eye to the potential export market for offshore wind and hydrogen, Dinh cites the example of the German market. Recent estimates state that by 2050, Germans may have to import more than 50 per cent of hydrogen due to their limited capacity of green hydrogen production. Thus, how Ireland delivers green hydrogen to foreign markets should now be answered to facilitate the developers and investors as well the infrastructure and supply chain that will be required, that all take time to realise.

For exporting electricity, developments of the existing interconnectors (East-West and Moyle) and the proposed ones, the Celtic, Greenlink and Organic Power interconnectors have together shown great efforts, however the increasing demand could exceed that capacity. In gas infrastructure, the Moffat Interconnector and the Shannon LNG project mean that by 2030, 30GW of capacity is expected. When the Celtic Interconnector is in operation, Ireland will have roughly 3GW of electricity interconnector capacity, and Dinh says it is “questionable as to whether or not this will be sufficient, so this is something that will need to be considered now for the future”.

Finally, Dinh looks to how Ireland would see the benefits to the power system: “We have to maintain the frequency at exactly 50 Hz. Besides the important roles of pumped storage, batteries and demand response, the US Department of Energy considers the potential role of electrolysers in grid services, and we can see from their tests that grids with electrolysers are more stable than those without. That translates to the further consolidation of the whole integrated energy system, and it would be an answer.”

Atkins emphasises the critical role that infrastructure, including transmission systems, interconnectors, ports, legislation and consenting, all play in ensuring that our offshore wind projects and hydrogen projects are well planned.

“Ireland has strategically developed R&D capacity around offshore and marine renewable energy including the world-class Lir National Ocean Test Facility in Cork. It will be more beneficial if Ireland continues that strategy by advancing investment in planning, legislation, infrastructure and further R&D as those will help to bring down the costs of offshore wind and green hydrogen in a sustainable way,” Atkins and Dinh conclude. 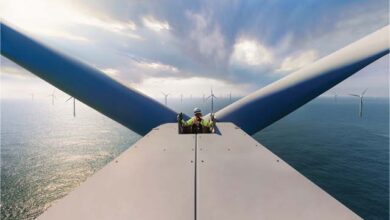 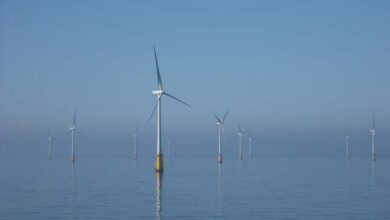 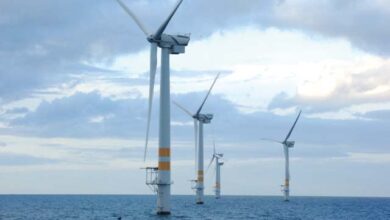 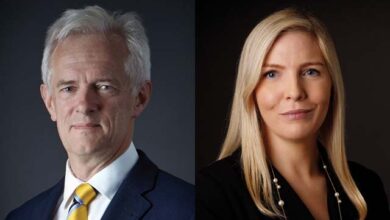