The resurrection of the Stormont Assembly means that there is now renewed opportunity to harmonise climate action policy and tackle emissions on an island with two governments, but one natural environment. Odrán Waldron writes.

One of the key measures outlined in Minister for Communications, Climate Action and Environment, Richard Bruton’s Climate Action Plan was the plan to gradually raise the price of carbon until it stands at a minimum of €80 per tonne by 2030. The new Northern Ireland Executive will be required to develop its own carbon pricing to parallel that of the Dáil’s if it wishes to avoid creating a carbon price vacuum on the island, whereby a cross-border fuel market becomes even more profitable.

A potential problem in the case of carbon price harmonisation is that power sharing in the Executive is currently dominated by the DUP and Sinn Féin; the DUP’s hesitance to tackle climate change is a path of criticism well-worn and Sinn Féin broke the conventional orthodoxy of the major parties in the 32nd Dáil by opposing the carbon tax.

Sinn Féin’s objection to the tax is predicated on its implementation, claiming that its focus on the consumer is an ineffective way to tackle climate change and carbon use while alternatives to internal combustion engine cars remain out of reach to the average person. The party’s manifesto for the 2020 General Election states that the carbon tax “will make people poorer but will not make the State greener or cleaner” and that the carbon tax is a “regressive tax”.

Claiming that the tax is a “ruse because the alternatives are not in place”, Sinn Féin prefers to argue for the provision of and sustained investment in clean public transport in order to shift the population from an overreliance on cars and personal transport. Meanwhile, little has been made of the issue in the early months since the Assembly’s restoration and it remains to be seen if the North will decide to match the Republic’s policy, align with the post-Brexit UK pricing of £16 per tonne, or forge its own path.

Interestingly, it was Northern Ireland’s decision to plough its own path in 2013 that hamstrung the ability of the carbon floor pricing measures implemented by then Prime Minister David Cameron’s government to have an influence in Irish carbon pricing. When the UK Government introduced its carbon floor price in April of that year, the Stormont Assembly opted out of the measure. The initiative led to the hastening of the process of closing Britain’s coal-fired generation plants, while the North still has one (at Kilroot, County Antrim) in operation.

ESRI research has found that had the Assembly opted into the measure, electricity prices would have risen both north and south of the border, with the revenue generated flowing to the UK Treasury. Faced with this prospect, the ESRI hypothesises that the Dáil would have been forced to impose its own carbon floor price to match the UK’s and reroute the revenue to the Exchequer. The result in this case would have mirrored Britain, with Ireland’s coal and peat-fired generation plants closing earlier than currently scheduled, alongside a 10 per cent reduction in greenhouse gas emissions. 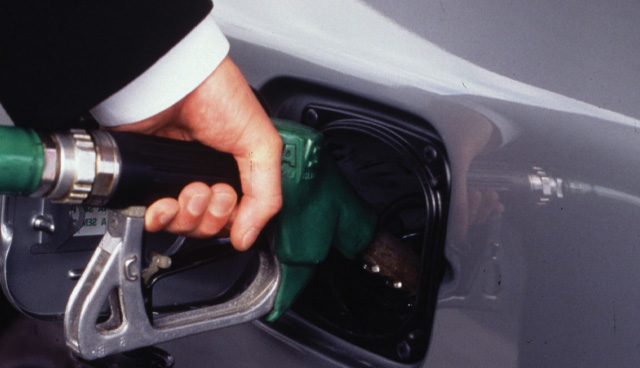 Given its effect on the atmosphere, a ban on the burning of smoky coal, or all smoky fuels, is also an area that is ideal for cross-border cooperation. It is generally acknowledged that while work undertaken by successive Dublin governments to curb the burning of coal would be a positive regardless of cooperation, the progress would be undercut if the north eastern corner of the island continued to burn the same materials.

The Fine Gael minority government had originally set out a plan to ban the burning of smoky coal in Ireland, but the Government then decided to open up the process to possibly include a blanket ban on the burning of all smoky fuels, including turf, peat and wood. Pre-Christmas 2019, it was reported that this possibility would be put to pubic consultation, although it is unclear how the formation of a new government will affect or stall this process.

It is unlikely that the result of the General Election will have much of an effect on the overall sentiment, that banning the burning of smoky coal nationwide is due, given that a Labour-tabled motion on the matter was backed by Fianna Fáil and Sinn Féin. While the Fine Gael minority government does also support the sentiment, and extended the existing smoky coal ban in cities and towns to any urban centre with a population exceeding 10,000 people, they were forced into extending the public consultation process into a question on all smoky fuels due to legal threats.

It is alleged by foreign coal companies threatening the legal action that any ban that singles out coal above other smoky fuels would breach existing anti-competition laws. The minority government, operating under the fear that a legal challenge would not only block a nationwide ban, but also repeal the localised ban that has been in place since it was introduced in Dublin in 1990, then broadened the scope of the question being put to the public.

In the North, while Sinn Féin’s 2020 manifesto commits to a move away from the fossil fuel industry and refers to the closure of coal and peat-fuelled electricity plants as “necessary”, their partners in the Executive have a history of defending both industrial and personal use of coal. In 2015, then DUP MLA Sammy Wilson tabled an Assembly motion saying that a ban on the domestic burning of coal, proposed by the SDLP’s Environment Minister Mark H Durkan, would be “devastating” for families. The motion was defeated by a margin of 43 votes to 40.

Wilson, himself a former Minister of the Environment who is on record calling climate change a “gigantic con”, has continued his opposition to the curbing of coal use since becoming an MP. In 2018, he and another DUP MP, Jim Shannon, signed a motion opposing the UK Government’s commitment to the phasing out of coal use by 2025.

With these issues pressing and the window in which climate disaster can be meaningfully averted lessening every year, these measures and others (such as a possible end to the tax exemption for the agricultural use of diesel and a rebate scheme for farmers to balance the difference) become more needed and more sensible. With a newly formed government in Dublin and a newly reformed one in Belfast, attention will turn to how both can work to combat a crisis that knows no borders.