Barry Kilcline, Director of Offshore Wind Development in Ireland at SSE Renewables, says his company is ready to deliver 2GW of offshore wind projects over the next decade to contribute to Ireland’s 7 per cent annual carbon reduction targets.

Offshore wind is having a global moment. Now is an exciting but highly competitive time to be developing and operating offshore wind. There is worldwide clamour to get a piece of the pie, to invest in sustainable projects, particularly offshore wind.

It is a similarly exciting time for Ireland’s energy sector. Not only do we have ambitious government targets for offshore, driven by an ambitious Minister for Energy, Climate, and Communications, in Eamon Ryan, but we also have a highly competitive industry similarly clamouring to lay claim to Ireland’s ample but undeveloped seabed.

SSE Renewables is also ambitious for Ireland. We always have been. We’ve been leading the development of renewable energy across this island from the outset, and we are proud to be the leading developer, owner and operator of onshore wind in Ireland. Responding to the climate crisis, with a team of around 1,000 people employed across Ireland, our wind farms have an installed generation capacity of over 2,200MW, powering over 1.5 million homes with green, renewable wind energy.

We intend to increase this contribution over the next 10 years, and beyond, through our ambition for offshore wind. By 2030, we intend to at least double our generation portfolio, installing around 2GW of new offshore wind energy generation at sites in Irish waters over the course of the next decade.

In the short term, we’re ready to deliver Ireland’s first offshore wind farm of scale, Phase 2 of the 520MW Arklow Bank Wind Park, by 2025 and within the lifetime of this Government. We will invest between €1 billion and €2 billion to deliver the project, which will help meet the nation’s interim renewable energy target of 1GW of offshore wind by the mid-point of the decade. In turn, the project will decarbonise our environment by 1 per cent annually, making a significant contribution to the annual 7 per cent carbon reduction targets committed to in the Programme for Government.

However, the delivery of Ireland’s first offshore wind farm of scale at Arklow by 2025 has far greater significance for our country and our industry as it will finally kick-start the offshore wind industry here. It will send the clearest signal possible to the global offshore wind energy sector, which is hot with competition, that Ireland is finally open for business for offshore wind energy.

Arklow Bank Wind Park will also contribute significantly to Ireland’s green economic recovery, delivering much needed jobs and investment. It will deliver €860 million gross value-added (GVA) to the island of Ireland, €430 million of which will be delivered to Wicklow and north Wexford directly. The project will create 10,500 FTE years nationally, 4,800 of which will be local.

These figures are substantial, considering the project is being developed in a jurisdiction without any experience in offshore wind, or any established supply chain. Indeed, Arklow Bank Wind Park as a front-runner project in the Irish Sea will act as an offshore wind test case for the State, for the grid and our indigenous supply chain in the first half of this decade.
Looking to the second half of the decade, we expect our subsequent blue sea projects, Braymore Wind Park off the port of Drogheda in the north Irish Sea and Celtic Sea Phase 1 off the Waterford and Suir Estuary, can power Ireland’s push towards 2030 targets and contribute significant gross value added to the national and local economy.

Braymore Wind Park is situated in water depths suitable for fixed turbine installations and is located around 18km from both Dunany Point in County Louth at its most northern point and from Braymore Point in County Dublin at its most southern point. SSE Renewables recently secured a Foreshore License to facilitate surveys of the seabed at Braymore to enhance our understanding of met ocean conditions and environmental mapping at the site. We believe Braymore will be capable of generating around 800MW of renewable energy, powering approximately 835,000 homes annually. For context, Louth itself has 43,972 households, according to census data.

It is off our southern coastline that we are setting our greatest ambitions for Ireland. We expect to be able to deliver the 800MW fixed turbine installed Celtic Sea Phase 1 by 2030, again contributing significantly to Ireland’s 5GW target of offshore wind energy by the end of the decade.

But delivery of Celtic Sea 1 is just the beginning as it will provide the launch base from which we will develop future additional phases in the Celtic Sea utilising floating offshore wind technology to meet post-2030 targets. To this end, we are actively exploring new optimum Celtic Sea locations off Ireland’s southern coast to build out this floating phase of our project ambitions.

Clear direction from government is essential to industry, to give certainty to our own plans, but also to ensure that the global supply chain recognises Ireland as a credible market. At SSE Renewables our investment strategy is built around clear government commitments; 1GW of offshore by 2025 as committed in the Climate Action Plan of 2019 and in the NECP submitted to the EU Commission late last year, and 5GW by 2030 as committed in the Programme for Government.

Targets are admirable, but we need to deliver on them. 2025 and 2030 are just around the corner in terms of the development cycle required to deliver offshore wind. Scale and pace of delivery is what is needed now. On all sides of the Oireachtas, parties and independents are in the main supportive of the development of offshore wind. However political will must be converted into administrative action to ensure confidence, investment, green jobs, and the delivery of climate action targets through our own local generation.

As time progresses and deadlines in the Climate Action Plan and NECP start to slip, and the pace at which others are working to achieve 2025 starts to slow, we are concerned that our ambition and that of our politicians is not being reflected in the administrative action by others who are integral to defining and establishing the industry. While the world transitions to green energy through offshore wind, global industry is now looking to Ireland to see if it will deliver on the commitments it has made to kick-start the sector. If Ireland does not do so, and those deadlines slip, then the limited global supply chain will move to significantly larger and more established markets which will provide a steady and certain pipeline of scale.

Delivering a green recovery, supporting government targets, is in our DNA at SSE Renewables; it’s our bread and butter. We started generating renewable energy before ‘renewable energy’ as we know it now was defined. We built hydro-powered stations during post World War II in the Scottish Highlands, where our primary role was to create jobs for a devastated country, by generating energy. And we continue to do so, as one of the largest offshore wind developers in the world.

We will use our position this year as principal partner for the UN’s COP26 summit to continue to promote a green recovery as a core strategy to underpin efforts to tackle climate change. Because we share the ambitions of the countries in which we work, and our people live. We passionately believe renewables can contribute to at least 70 per cent of Ireland’s energy needs by 2030, as set out in the Government’s Climate Action Plan of 2019, and reiterated in the Programme for Government in 2020.

In this year of global climate action culminating at COP26, we’re ready to play our part to kickstart Ireland’s delivery of its offshore wind targets and net zero ambition for everyone. 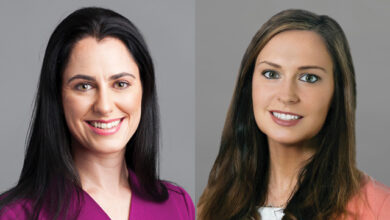