Nathy Gilligan, Head of Environment for the Office of Public Works (OPW), explains the breadth of biodiversity initiatives active across the OPW and how this is to further increase in the future.

Within the last year, there has been a nodal shift in people’s awareness in the seriousness of biodiversity loss and the declining environmental condition of the planet. In May 2019, the Intergovernmental Platform on Biodiversity and Ecosystem Services published the first comprehensive Global Assessment Report, which warned that up to one million species are threatened with extinction and is seeking “transformative change” to halt the decline in ecosystems. In the same month, the Irish Government declared a climate and biodiversity emergency and in November 2019, the European Parliament declared a climate and environmental emergency.

Looking forward, the Post-2020 Global Biodiversity Framework, currently being drafted under the United Nations Environmental Programme, is seeking urgent action to transform economic, social and financial models. It requires governments and societies to allocate resources, internalise the value of nature and recognise the cost of inaction, building towards the 2050 vision, that biodiversity is valued and restored, maintaining ecosystem services and delivering benefits essential for all people.

State of Biodiversity in Ireland

As per the National Biodiversity Plan 2017–2021 and Ireland’s Habitats Directive Article 17 Report, biodiversity in Ireland is declining. 85 per cent of protected habitats and 30 per cent of protected species are in unfavourable condition. Iconic species such as corncrake and breeding curlew are seriously threatened, with a third of Ireland’s wild bee species facing extinction. While some species are expanding, overall there is a long-term decline in biodiversity. This plays a key role in the continuing ability of nature to provide ecosystem services which is the provision of natural processes necessary for human well-being such as, clean water, clean air, soil fertility, pollination, food production, climate regulation and spiritual enrichment.

Functions of the OPW

The OPW is a central Government Office operating under the Minister for Public Expenditure and Reform and functioning under the direct responsibility of a Minister for State. It is a geographically dispersed organisation that delivers a diverse range of public services under three broad work programmes:

The remit is very broad, ranging from advising government policy in specialist areas such as flood risk management and architecture, through to on-site operations across the country utilising the sizeable direct labour workforce for maintenance of rivers, maintenance of historic properties and maintenance of government buildings.

The OPW operates at many levels with regard to biodiversity, from devising national strategies, setting good practice standards, conducting public outreach and educational programmes, engagement with NGOs, through to a whole range of applied biodiversity enhancement initiatives intertwined with services nationally. A range of examples are as follows:

There will be challenges ahead in the delivery of public services to balance the needs of people with biodiversity. Population growth is a global pressure and this trend is reflected in Ireland with the National Planning Framework making allowance for an increase of 1.1 million people by 2040. In parallel, more extreme weather patterns and flooding are increasing due to climate change.

Services such as flood risk management require works in the sensitive aquatic environment and the devising of sustainable solutions with agreed social, economic and environmental balance requires extensive collaboration with a wide range of stakeholders including statutory bodies, interested parties, communities and the general public. Similarly, the long-term management of both historic properties and the State’s property portfolio requires the balancing of the social, economic and environmental needs, maximising the gain to be had under each of these three pillars of sustainable development.

The OPW is moving Biodiversity further up the corporate agenda. The forthcoming Statement of Strategy, following the formation of a new Government, will reflect the major environmental issues such as biodiversity and climate change. Internal governance structures are being strengthened with the formulation of a new OPW Biodiversity Working Group, being led by senior management, will coordinate actions across all OPW functions and empower staff to increase the cross function working between services to maximise the biodiversity gain for the OPW as a whole. A strategic objective under the National Biodiversity Plan, is the mainstreaming of biodiversity in the decision-making process and the OPW is now directly aligned with this government policy going forward. 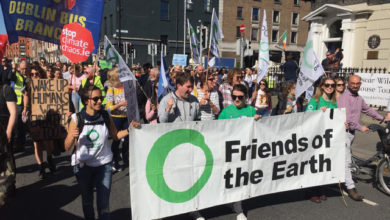 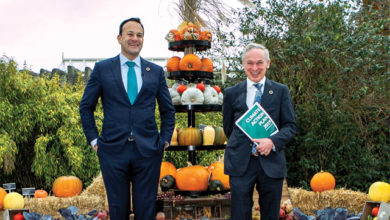 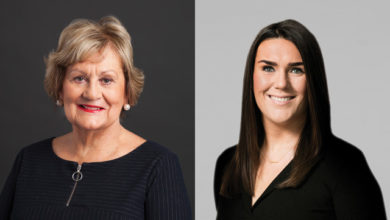