The development of the Corrib gas field will improve our energy security in uncertain times, according to Shell’s Managing Director in Ireland, but Ireland needs to allow for more collaboration in how it regulates the energy sector.

“I’ve come back to Ireland after quite a long time away,” Ronan Deasy relates. Twenty-five years since he left Cork to join Shell, returning home has been “a great opportunity to come back and be able to lead the project over the finishing line.” The Corrib project has been a “very long journey” for Shell and its partners, Statoil and Vermilion Energy, and it will be a privilege and honour for him “as an Irishman to be here when that happens.” The end goal is to get Corrib gas onstream in a stable and sustainable way so that it contributes to the Irish economy.

“It’s really important for Ireland,” he remarks. “People have talked about security of energy supply issues because of the current global political turbulence and uncertainties around supply to Europe which we are all aware of from Eastern Europe and Russia. With Ireland being at the edge of Europe, if there are going to be disruptions and discontinuities, then we’re certainly vulnerable.”

Gas is an important part of the State’s energy mix, accounting for 48 per cent of electricity generation, and 93 per cent of our gas supply is sourced externally through interconnectors from the UK.
“Corrib, in that context, is going to be a very important resource for Ireland in that it is going to substitute much of that imported gas,” Deasy explains. “It will run for 15-20 years and, at its peak, will supply up to 60 per cent of that requirement. From a national perspective, Ireland should seek to reduce its dependence on external supplies.”

Significance
Gas will remain as a very important energy source. He adds that as we head into a “greener and lower carbon” future, it will still be significant as the cleanest fossil fuel resource. “We should be looking at gas as being an important component for the decades to come,” Deasy adds. “As energy demand is still going to rise, gas will remain relevant even as cleaner and greener fuels gain a bigger proportion of the overall energy mix.” Corrib, he acknowledges, has had a “chequered history” and several hurdles needed to be crossed after a difficult start. “There were some genuine concerns raised by the local community and it has taken quite some time to address those,” he notes, “but through persistence, good dialogue and good engagement, the project has come out the other side and now there are great levels of support in the area.”

Shell’s spend on the project has been “a great stimulus” for the local economy with benefits for contractors and job creation, and extra revenue for hotels and businesses. Deasy adds: “A comment has been made to me on a number of occasions that there was no recession in Belmullet and I think that’s been widely appreciated by the local population. Many of the local businesses have upskilled their workforce and are now taking on new challenges and competing for contracts in new markets which they may not have thought about doing before Corrib.”
He also views the Corrib infrastructure offshore and onshore as providing a catalyst for further exploration. The Government will carry out a new exploration round in September, the first in four years, and “having Corrib up and running by then will be a tremendous encouragement for other companies to participate in that round.”
Any companies operating in the vicinity of Corrib will benefit from the economic prospects in the West. Corrib’s declining production over its lifetime will free up capacity in the infrastructure “which the Government and the country should be keen to make use of.”

In a wider sense for Ireland, the Atlantic margin has been “a place of interest” for many oil and gas companies over the years but it is not without its difficulties: “Success rates have not been particularly high. It’s a very difficult and expensive location in which to operate with the summer season being the only time where you can operate effectively.”

That said, Deasy notes that “easy” oil and gas sources are in short supply around the world and major companies such as Shell “are being pushed into areas which are more difficult to explore in” from both a technology and cost viewpoint.

“Ireland is starting to be compared at the same level as some of those more difficult places globally,” he remarks. “It remains a potentially attractive place to invest in but there needs to be the right circumstances for that to happen.” He welcomes the recent review of licensing terms set out by the Government and the resulting certainty and stability. However, by tightening the fiscal regime, “Ireland has made it more difficult for itself to attract exploration investment from global energy players.”

Collaboration
His predecessor, Michael Crothers, emphasised the need for better collaboration with stakeholders and Deasy is keen to continue with that approach. Shell wants to see “a much clearer and more open and transparent dialogue with communities and regulators upfront and prior to any major technical plans being finalised.” Corrib was “an example of what can happen if you don’t do that effectively at the beginning and without doubt lessons have been learned.”

Doing business in Ireland remains “relatively complex” compared to other jurisdictions with a large number of agencies involved, especially if an operator is working offshore and coming onshore and seeking planning permission. The pace and efficiency of development would improve if there was more collaboration between developers, regulators and communities.

His desired outcome is that there is “clarity about the issues and concerns upfront and developers can then modify their plans and find mutually acceptable solutions within their proposals before getting too far down a certain track or path.” As for the next year, Deasy’s top priority is to bring Corrib onstream according to plan. He states: “It’s important for ourselves as a company, for our customers and for the country that Corrib is seen to be a successful project.” Looking further ahead, Shell will be assessing its interest in participating in the forthcoming exploration round, and taking account of the balance of risk and opportunity that comes with such decisions.

Profile: Ronan Deasy
Born and reared in Cork city, Ronan studied sciences with a major in geology at UCC. In 1989, he went to Aberdeen to complete a masters which led to him joining Shell in The Hague the following year. His first international posting was working as a geologist in Gabon.

After five years in West Africa, his career shifted into commercial operations firstly in The Hague, then Australia, China, Dubai and most recently Moscow. Ronan was surprised and delighted with the opportunity to return to Ireland. He had never anticipated “being able to have a post with Shell here in Ireland” and thoroughly enjoys living in the capital. Interests outside work include golf, running and walking with his two dogs. He is also an “avid sports watcher” and has made time for a Cork v Dublin national league game at Croke Park since returning. 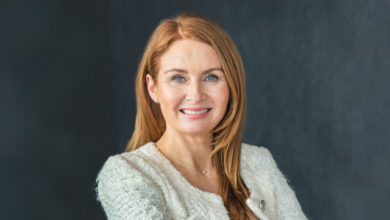 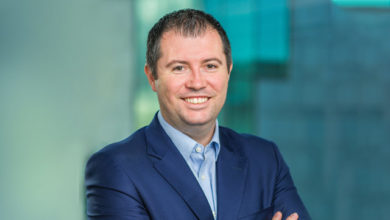 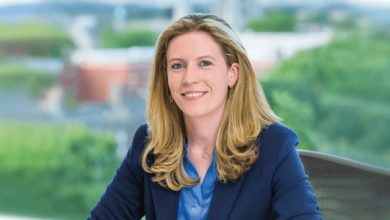