Minister for the Environment, Climate and Communications Eamon Ryan TD discusses the integration of Ireland’s climate and energy policies, alongside a raising of ambitions in the new Climate Action Plan.

Ryan believes that the Government’s move to set a world-leading ambition of a 51 per cent reduction of emissions in the Programme for Government has been vindicated by the Intergovernmental Panel on Climate Change’s (IPCC) AR6 report, described as a “code red for humanity”.

Pointing to the EU’s Fit for 55 package as an example of how others are now joining Ireland by enhancing their climate goals to 2030, the Minister says that Ireland will seek to raise its ambitions further through the upcoming Climate Action Plan.

Describing an ambition that will be “difficult beyond compare”, the Minister stresses that “the highest possible ambition” in emissions reduction will be required from every sector of the economy.

“We must ensure every sector of our economy has the highest possible ambition in emissions reductions.”

“I plan to use the Climate Action Plan to integrate climate and energy policies and plans in Ireland. I want to see the annual update to the climate plan to include the actions from all energy sectors. It will integrate our national retrofit plan. It will include policies and measures to support the development of green hydrogen and district heating. I want to focus my time, the Department’s capacity and our officials on implementation of policies.”

The Minister was speaking just days after the latest of a series of amber warnings on the electricity grid, caused by a shortfall in generation. Although electricity supply was not interrupted, the system operator said that the gap between supply and demand was less than optimal, and the alert raised questions about the levels of conventional generation which will be needed.

Ryan insists that ensuring continued security of energy supply is “a national priority”, adding that “any deviation from this is not acceptable”.

“There has been a lot of attention recently with regard to Ireland’s electricity supply, both short-term and long-term, with a considerable focus on the future implications of data centre development,” he states.

“I am acutely aware of the need to urgently replace the older more polluting fossil generation in Ireland and cater for additional demand. Simple maths will point this to being in excess of 2GW of conventional plant, and much of this will be needed as soon as can be delivered.”

“I plan to use the Climate Action Plan to integrate climate and energy policies and plans in Ireland.”

Ryan believes that conventional generation will spend much of its time in reserve, meaning a reduction in the proportion of electricity generated by natural gas is expected to fall from current levels of around 50 per cent to “much less” than 30 per cent by 2030.

However, he acknowledges that this alone will not be enough. The Minister points to a need for additional capacity in both demand response and storage, as well as the acceleration of the deployment of renewables, to decrease the frequency and severity of supply shortages.

To this end he says that his department are working closely with EirGrid and the CRU to deliver a range of actions to secure the capacity of reliable, flexible gas plant that will transition to renewable gas in the next decade.

Progress towards a zero-carbon power system is more important than the headline renewable’s percentage, he states.

“While achieving up to 80 per cent renewable electricity may be possible by 2030 or shortly after, the climate law will make the reduction in CO2 emissions a central goal in the electricity sector, more important than the headline renewable’s percentage. We are finalising those targets currently.

“We will need to be close to the lower end of the range of two to four million tonnes in the electricity sector by 2030 and continue to decrease emissions thereafter, while growing electricity demand through the electrification of heat and transport.”

Ryan intends to announce the qualification for RESS 2 before the end of 2021 and says that department officials are working to improve on the current auction timetable.

“I am committed to delivering frequent RESS auctions that balance the needs and expectations of citizens, developers and investors in the development of our energy future and that also ensure competitive outcomes and cost reductions for consumers.

“I am also very keen that citizens and communities are given the opportunity to invest in and benefit from renewable energy projects. All research, whether the great work by the National Economic and Social Council (NESC) in 2014 or the recent consultation on shaping our future, show that citizens want and should have a right to participate in the energy transition.

“Participation and collaboration from all stakeholders are key to the success of RESS.” 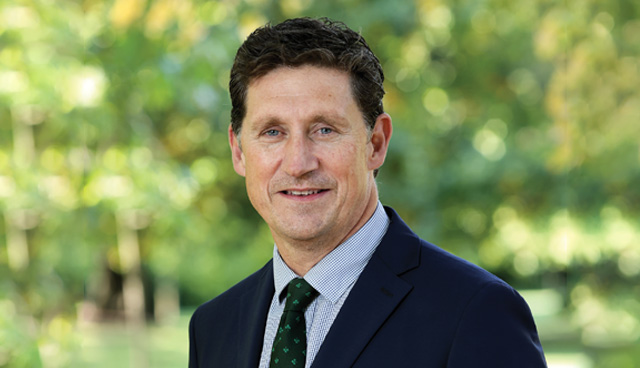 The Minister acknowledges that the Government have been late to implement the clean energy package for microgeneration but says that he remains committed to delivery “as soon as possible”, pointing to the recent appointment of the CRU to implement a new clean export guarantee.

“This framework will provide citizens, farms, businesses and communities with the opportunity to take part in the energy transition.”

A draft framework is set to be published soon by the regulator, and payments are expected to be commenced before the end of the year.

The Minister outlines a commitment to adopt the previous government’s commitment to retrofit 500,000 homes by 2030, despite describing it as “one of the hardest tasks in the energy transition”.

Alongside the continuation of the rollout of heat pumps to replace fossil heating systems, Ryan says the forthcoming Climate Action Plan will add an expanded role for district heating.

SEAI is currently carrying out a comprehensive assessment of the decarbonisation of the heating sector in Ireland, set to be published in the coming months and the Minister explains that part of this study will indicate “when we need to move from each of our fossil fuels for heat, and this will inform future phasing out of fossil fuel and related appliances”.

“While achieving up to 80 per cent renewable electricity may be possible by 2030 or shortly after, the climate law will make the reduction in CO2 emissions a central goal in the electricity sector, more important than the headline renewable’s percentage.”

“District heating provides the opportunity to use waste heat from industry, data centres, heat pumps and sustainable biomass to reduce the need for retrofit and decarbonise our heating in urban areas,” he says.

“My department is currently developing a new National Retrofit Plan, which we will integrate as part of the new Climate Action Plan.”

Highlighting the reality of the challenge facing offshore wind development in Ireland, namely the absence of a regulatory framework or legal basis, the Minister says that delivery of planning, grid, auctions, development to get to 5GW of offshore wind in nine years is a “huge task” but one which will be delivered.

“We absolutely must ensure that this development is done in the most ecologically friendly way that protects habitats of both above and below water habitats. We must bring our citizens along with us, including those who work the seas currently.

“My department will be supporting a comprehensive range of actions from funding studies to chairing consultative groups to ensure this happens.”

Ryan identifies the Marine Area Planning Bill, set to be introduced to the Oireachtas, as the legislative priority of government this term.

“The Bill provides flexibility in terms of the extent of the State’s involvement in deploying offshore renewable energy in Irish waters, allowing for a gradual transition towards a more centralised/plan-led regime, with State involvement in spatial planning and grid development increasing over the decade.”

Discussing the timeline for delivery, Ryan says: “The Government will launch the first offshore RESS (ORESS 1) once the required legislation, consenting regime and offshore grid regulatory framework are in place, and when a sufficient number of projects for a competitive auction have received these consents. This will be the first in a series of dedicated offshore auctions.”

Speaking in the days prior to the publication of a consultation on the draft terms and conditions of ORESS 1, Ryan states: “Close future cooperation between the northern European countries within the North Sea region will be necessary to facilitate faster development of offshore renewables and more effective decarbonisation of EU power generation.

“I look forward to working with all of these countries to deliver for the citizens of Ireland but also Europe in harnessing our vast ocean wealth.” 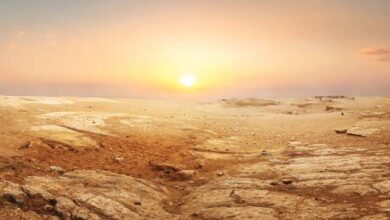