Philip Nugent, Assistant Secretary of the Department of the Environment, Climate and Communications, outlines the importance of waste reduction and the circular economy as Ireland and Europe seeks to transition away from traditional modes of production and consumption.

Nugent begins by contextualising the challenges facing Ireland and indeed Europe: “We know that we can’t sustain business as usual and that by 2050 we would need between two and three planets to meet the demands of such a scenario. We also know that patterns of production and consumption are a huge driver of climate change; half of total greenhouse gas emissions and more than 90 per cent of biodiversity loss stems from resource extraction and processing.

“We know that material consumption has trebled since 1970, from 26.7 billion tonnes to 92 billion tonnes in 2017. We also know that climate action efforts that only focus on the transition away from fossil fuels, supplemented by energy efficiency measures, will only address 55 per cent and that the remaining 45 per cent comes from making things. Making less ‘stuff’, if you like, or making stuff with fewer resources, is the essence of a circular economy, which has a key role to play in climate action.”

Of course, any consideration of climate action in an EU member state makes discussion of the EU’s Green Deal inescapable. Published in March 2020, but perhaps overshadowed by the outbreak of Covid-19, the Green Deal provides the blueprint by which the EU sees environmental action progressing in the next decades.

“This has multiple strands, and it reflects a number of things including the mobilisation of industry for a clean and circular economy,” Nugent says. “In 2020, the [European] Commission started to progress under all these strands, including the presentation of a 2030 Climate Action Plan in September, the EU strategies for energy system integration and hydrogen in July, EU Biodiversity Strategy in May, the Farm to Fork strategy which also appeared in May, the European Industrial Strategy and the new EU Climate Pact and the Circular Economy Action Plan in March.”

The Circular Economy Action Plan sets out 35 new actions along the full lifecycle of products, as a way towards “fundamentally changing the way we consume and the way we produce”. Objectives in the action plan include: making sustainable products that are designed to be reusable, durable and repairable the norm; empowering consumers and buyers; ensuring less waste; and making circularity work for people, regions and cities. The key value chains that the Commission has identified are: electronics and ICT; batteries and vehicles; packaging and plastics; textiles; construction and buildings; and food water and nutrients.

“These are all high-value chains but of course they’re also high-impact in terms of environment of resource impact. The focus is on improved design, avoiding obsolescence, tackling single-use products, digitalisation, and encouraging new business models,” Nugent says.

“On the consumer side, the focus is on improving the knowledge base of consumers, making sure that they get trustworthy information when they buy products and making sure that producers have to substantiate any green claims that they make. Governments tend to be amongst the biggest consumers in terms of buying power, accounting for over 14 per cent of GDP, so the proposal of mandatory green public procurement criteria has the potential to make a really big impact here. While the primary focus of the Action Plan is on changing the ways in which we produce and consume goods, preventing and minimising waste, the Action Plan also looks to ensure that whatever waste is created can be transformed into high-quality materials that can then have subsequent productive lives.” 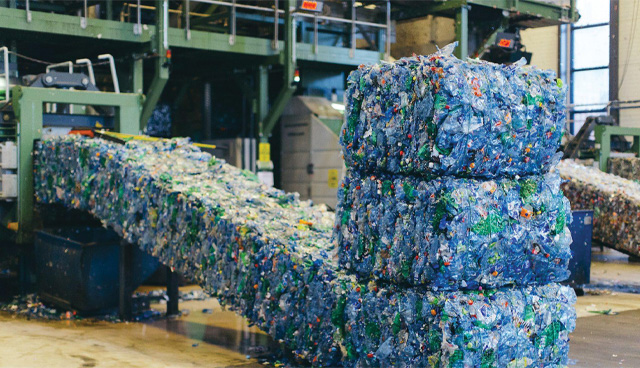 “Governments tend to be amongst the biggest consumers in terms of buying power, accounting for over 14 per cent of GDP, so the proposal of mandatory green public procurement criteria has the potential to make a really big impact here.”

The world into which the Circular Economy Action Plan was presented is gone; the pandemic having irrevocably changed the economic and social landscape through morbidity and job loss. Yet Nugent argues that the devastation seen across the world is not a reason to decelerate the move towards the circular economy, rather he argues that it should act as a catalyst.

“The Commission has been clear that the EU Green Deal is a key part of its recovery strategy, with a focus on how investment such as labour-intensive renewable energy and retrofitting programmes can support the creation of jobs and cleaner transportation networks, strengthen the Just Transition Fund to accelerate decarbonisation efforts and support new economic opportunities,” he says. “We can also see it very strongly in the draft legislation for the Recovery and Resilience Fund that will see about €750 billion in loans and grants to support recovery.”

On the national stage, the Government published the Waste Action Plan for a Circular Economy in September 2020. Although waste-focused, as the title suggests, the plan is seen as important step towards a fully realised circular economy. “It focuses on moving back along the product lifecycle, aiming to change the way things are produced and to make it easier for people to make the right choices,” Nugent says.

“While there are some actions that focus on how we manage the waste that we do produce, there’s a much greater focus on how we make greater use of extended producer responsibility, how we reduce and ultimately eliminate problematic single use items, how we keep materials in productive use for longer, how we cut food waste, how we can support greater segregation to ensure higher quality recycling, and how we can harness the reach and influence of all stakeholders, be they producers, retailers, NGOs, the waste industry. We must educate the people in business and help bring about positive change.

“Some of the measures we have set out include a consultation around introducing a deposit return scheme, an action plan on textiles, measures on construction and demolition waste, changes to recycling targets for waste collectors and about another 200 targets. The plan is not a circular economy strategy, but it has some important things to say about circularity in a broader context. Crucially, it explicitly commits Ireland to circularity and the transition towards it.”

Part of the Government’s ambition will be to move away from the traditional conception of waste policy, which is preoccupied with how it is processed, towards addressing the consumption and production patterns that occur before that.

In the immediate term, this means that there is now a dedicated team for driving the circular economy, through the new Circular Economy Division in the Department of the Environment, Climate Action and Communications. The group is already developing a National Circular Economy Strategy and has also worked to deliver a number of sectoral circular economy roadmaps in the context of the phased reopening from the first wave of Covid-19, for example in construction or hospitality, to “start to hardwire circularity into operations in a way that makes them more sustainable”.

Concluding, Nugent says: “In 2021, we will see the existing regional waste management plans being replaced by a single plan that will have greater emphasis on the circular economy agenda. The plan will contain specific targets for reuse, for repair and for consumption, giving practical effect to some of the specific actions we talk about in the action plan.

“We’re concentrating on the most potentially impactful producer-focused policy measures in the waste action plan as a priority so we can drive the greatest change as early as possible. Things like eco-design, eco-modulation, extending producer responsibility including deposit return schemes, and how we can better effect change. The National Waste Prevention Programme, which has pioneered some excellent work in the circular economy field, has been reconfigured as Ireland’s circular economy programme with a revised mission.” 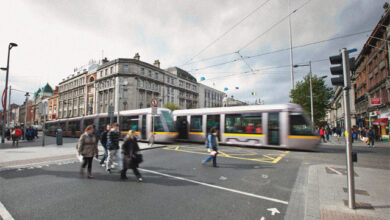