Smart mobility, or Transport 5.0, is the concept relating to the digitisation of transport around the world. eolas examines the ways in which it seeks to transform transport through tools such as route optimisation software.

Smart mobility involves the digitisation and subsequent integration of different modes of transport that aims to make traveling safer, cleaner and more efficient, with an emphasis on a reduction of the use of gasoline-powered vehicles.

In Transport 5.0, the Internet of Things is utilised in order to facilitate communication between modes of transport and user interfaces. Smart mobility is made up of many elements, such as traffic-reducing measures like ride-sharing apps (Uber, Lyft, etc), bike-sharing initiatives, real-time data analytics for the optimisation of both routes and transport options, machine learning for autonomous vehicles and physical infrastructure such as parking spaces and traffic lights.

Under Transport 5.0, cities would be equipped with sensors, data platforms and software to manage transport infrastructure and services and have them act as one cohesive coordinated system.

Smart mobility is designed with the expressed intention of making cities safer, cleaner and easier to navigate via the optimisation of transport. Safety outcomes arrived at through smart mobility include a reduction in road fatalities through both a reduction in numbers of cars on roads but also through advanced driver assistance systems present in autonomous and semi-autonomous vehicles that warn drivers of potential hazards, and automatic braking in emergency situations. Vehicle to Everything technology present in smart cars also automatically contacts an ambulance in the case of a crash, with traffic light patterns changing to facilitate the ambulance.

Aside from the traffic reduction benefits of ride-sharing and optimised public transport options, Transport 5.0, specifically the prevalence of autonomous vehicles, could reduce traffic congestion as well. Platooning, the coordination of speeds across vehicles, can limit start/stop driving and eliminate what is known as “phantom traffic”, where drivers wait for those in front of them to move before accelerating.

Pricing is another measure utilised to tackle congestion, where real-time traffic data is used to implement a pricing structure at peak times that prioritises high occupancy vehicles. Through the prioritisation of high occupancy vehicles and the further adaptation of clean technology in transport, it is hoped that smart mobility can significantly contribute to transport’s journey to becoming carbon neutral. Economically, it is also hoped that the amounts of fuel wasted sitting in traffic (e.g. three billion gallons per year in the USA) and the amounts spent on traffic accidents per year can be significantly reduced through these measures.

Smart mobility is a central tenant of smart city planning, but it can also be adapted in a piecemeal fashion in order to reform transport in cities with older transport infrastructure. Examples of this include Viu Bicing in Barcelona, a bike-sharing system that is estimated to save the city €2.5 million per year. Annual subscriptions cost €47, with users swiping cards to rent bikes from racks throughout the city.

Big Data is a decade-long project undertaken in Amsterdam that aims to integrate data collected from residents through 12,000 databases in 32 city departments. 100 pilot projects have resulted from this data including simple solutions such as refuse collection vehicles now collecting both recycling and general waste in order to reduce the number of trucks on the road.

Helsinki is often noted for its significant investment in becoming a smart city and its investment in smart mobility goes hand-in-hand with that aim; it is a stated goal for the city to eliminate the need for car ownership by 2025. The city provides an on-demand mobility system that calculates the fastest and cheapest way for commuters to reach their destination and allows the users to select public or private options such as ride-sharing, buses, automated cars, and transport for children. A platform named BOAT, launched in October 2018, allows Helsinki residents to access waterfronts and nearby islands via on-demand boats.

The Songdo Business District in Incheon, South Korea, is perhaps the most notable large-scale smart city experiment with significant investment in smart mobility. Built on 1,500 acres of reclaimed land and designed for 300,000 residents, Songdo is bike-friendly and car free, with over 100 buildings given Leadership in energy and Environmental Design certification. Songdo’s subway system connects it to Seoul and Incheon, it has a water taxi system in place to allow residents to traverse its canals and its stated goal for the future is to have a bus stop within a 12-minute walk of all residents. 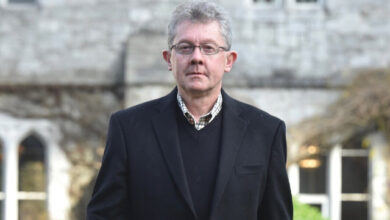 Strategy for quantum technology in Ireland