What type of economy do we want after the pandemic? Nevin Economic Research Institute (NERI) Co-director Tom McDonnell looks at the Irish economy beyond the Covid-19 crisis.

The Covid-19 crisis is a major and transformative shock to the global economy that will have profound and long-lasting social, economic and political implications.

The great lockdown has already produced radical economic policy interventions that would have been unthinkable just months earlier. Parts of the economy have been put into deep freeze. Governments around Europe are acting as income sources of last resort and paying the bulk of wages for a significant minority of private sector workers. Further radical measures are possible including billions in grants, tax deferments, subsidies for short-time work, and zero interest loans to private businesses.

Unemployment rates have surged across the globe with some countries reporting record numbers signing on for social welfare. Government deficits will reach double digits in many countries as tax receipts collapse and as governments support household incomes and funnel liquidity to the private sector. The indispensability of basic services and the welfare state are being brought into sharp focus, as is our understanding of essential work. Eventually the massive public deficits brought on by the crisis will require some combination of tax increases, debt relief, or financial repression through higher inflation. National and pan-national policies to minimise borrowing and debt servicing costs will be essential. 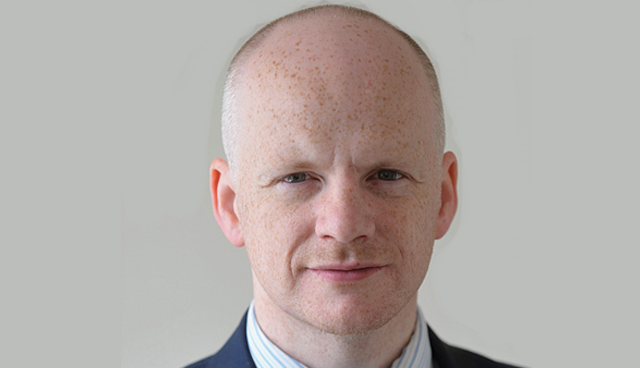 ‘Rebooting’ the economy will be challenging and in some ways the concept of rebooting is unhelpful. Instead, the recovery should be more akin to a gradual and differential unfreezing of activity by economic sector, alongside a similar phasing out of government income and liquidity supports. Phasing-out of supports will be necessary to avoid a cliff-edge collapse in demand in the months ahead. When we are confident that the pandemic is under control, or at least in abeyance, then we will need to move from ‘support’ policies to ‘stimulus’ policies.

We are enduring an economic crisis that is qualitatively different to any other recession in modern times. A new type of crisis requires us to consider policies that might otherwise have been rejected as politically impossible.

The scale of financial commitments that nation states will make over the coming months and years may imperil their debt sustainability. In order to prevent financial contagion across the European continent, and to enable individual countries to avoid having to implement austerity policies, it will be imperative that nation states are immune to the dangers of rising bond yields and debt servicing costs. Monetary authorities need to make a ‘whatever it takes’ commitment to ensure this does not happen regardless of inflationary concerns. We will need to consider all policy options over the months and years to come including debt mutualisation at the Euro area level and a European unemployment reinsurance scheme.

Eventually, we will find a vaccine and a degree of normalcy will return to the global economy. But that will not be the right time to ask ourselves what type of economy we want in the future. The time to consider that question is right now. The status quo was not working for millions, and is, in any event, an environmentally unsustainable model.

We need a new deal for workers and households that is negotiated through dialogue with government and employers. The Nordic model provides a template for how this could work with its high levels of good quality and well-paid employment along with very strong performance on equality, quality of life and happiness indicators.

We must replace our low-road model of economic development that characterises both economies on the island of Ireland, focusing as it does on cost reduction, low pay and precariousness. This model should be replaced by a high-road model based on high productivity well-paid jobs with a fair share of income for workers, a right to collective bargaining, and state guaranteed employment for the long-term unemployed and disadvantaged groups such lone parents and the disabled. Equally, the new economy that emerges on the other side of the crisis should be based on the principles of inclusive growth, environmental sustainability, and universal basic services.

“A new type of crisis requires us to consider policies that might otherwise have been rejected as politically impossible.”

It is therefore clear that the time has come for a fundamental overhaul of the levels of per capita government spending and government revenue. In particular, there should be a significant widening and deepening of employer’s social insurance contributions (the social wage) in order to bring it up to the EU average. The time has also come for the introduction of net wealth taxes and a full review of tax incentives to ensure a focus on sustainable progressive incentives and support for a just transition to a greener more sustainable economy.

The crisis has forced us to reassess what we mean by adequate levels of social protection and what we mean by essential workers. No longer should any worker have to work for less than the living wage and no longer should we tolerate bogus self-employment. There should be an automatic presumption of employee status. All households should have a minimum and sufficient level of income that enables full participation in society, while all workers should be paid at least a living wage with tapered income supports to avoid perverse labour market incentives.

The decades-long attack on, and undermining of, universal basic services must end. Crucially, the Republic must transition to a single tier health service over the medium-term. Childcare costs are extremely high in both parts of the island and this acts as an impediment to labour market participation, particularly for women. Childcare workers should be made state employees with the State heavily subsidising childcare costs for parents.

There should be an end to privatisation of public transport and a re-municipalisation of key services on both parts of the island. The gradual expansion of free public transport over the medium-term is an important element of meeting our carbon targets and ensuring a just transition. A ‘green new deal’ should form the basis of industrial policy and this deal should be guided by the principle of a just transition for workers and households. Other elements of the green new deal should include state-led consortia to deliver renewable energy and free upfront home and work retrofitting with repayments linked to income.

The ongoing failures in the provision of housing – an essential public service – points to the need for a major public house building programme undertaken through public agencies. Such a programme would act as an important stimulus to work creation and community re-development. Legislation should be passed which would make housing provision a basic human right in both parts of the island. No longer should such a basic service be at the whim of private markets.

The Irish economies and societies will both eventually recover from the great lockdown. However, the length and depth of the recession and the extent of human loss will be determined, at least in part, by the policies we choose now. Now is also the time to consider the type of economy we want in the long run.

This should be an economy based on inclusive, participative and sustainable development.

Tom McDonnell is co-director of the Nevin Economic Research Institute and is based in the Dublin office. He previously worked as an economist at TASC and before that was a lecturer in economics at NUI Galway and at DCU. He has also taught at Maynooth University (MU) and is currently an occasional staff member at MU.

NERI is a research organisation supported by the unions affiliated to the Irish Congress of Trade Unions.