With each generation comes a technological advancement which creates a new market and value network, displacing established products, firms and alliances. eolas examines the latest disruptive technologies transforming how we live, work and do business.

IoT: The Internet of Things

IoT-enabled technology is one of the most disruptive examples of technology to have gained prominence in recent years. Previously ‘dumb’ devices such as home appliances (fridges, ovens, central heating) have been granted new levels of user interaction: where previously without any connection to the internet, these devices are now frequently equipped with sensors, actuators and other software which allows them to connect with the wider world, exchanging sets of data in the process.

As is the case with many disruptive technologies, the definition of IoT has rapidly evolved in tandem with the development of other technologies such as machine learning, real-time analytics and commodity sensors. Indeed, it is now generally accepted that traditional fields of embedded systems, including wireless sensors and automation, broadly fall under the category of key enablers in IoT technology.

As a point of observation in the development of IoT, it can be argued that the disruptive nature of IoT lies in the fact that more objects are connected to the internet than ever before. However, whilst much focus has been placed on the convenience of IoT-enabled central heating and in-car devices, healthcare has experienced much of the advantages of the technology. Intuitive ‘smart’ devices are transforming healthcare, with IoT-enabled pacemakers, for example, adding new levels of examination and interaction between doctor and patient.

Amongst the field of modern-day disruptive technologies, Blockchain comes as one of the most recognisable names. However, it also remains as one of the most enigmatic. Formulated as a growing list of records known as ‘blocks’, each block contains a timestamp to mark transactions, as well as a cryptographic hash of the previous block. It is the encryption of Blockchain that has granted it status as one of the most disruptive technologies available: it is resistant to the duplication or modification of data, and acts as an open, distributed ledger that can record transactions between two parties in a way which is permanent and verifiable. Typically managed in a peer-to-peer network, blockchain records are unalterable without the consent of an entire network, a condition commonly referred to as “decentralised consensus”.

The concept was initially introduced as a payment rail for Bitcoin, one of the most prominent cryptocurrencies in the world. Indeed, Blockchain has emerged as a key enabler in the trade of cryptocurrency, and a key player in the wider field of FinTech.

Advanced Manufacturing Technologies (AMTs) represent some of the most disruptive innovations in the field of tech. It is generally accepted that the concept largely centres upon the rapid transfer of science and technology (S&T) into manufacturing products and processes. Over the past decade, AMTs have gained considerable traction by improving and streamlining manufacturing and production processes through the innovative use of emerging technologies such as additive manufacturing (more commonly described as ‘3D printing’), automation and robotics.

With its earliest examples developed in the 1980s, 3D printing concerns any set of processes which joins or solidifies materials (primarily liquid molecules and powder grains) under computer control to produce a three-dimensional object. The technology has undergone significant transformation in the 21st century, meaning that is now considered an industrial production technology, thanks to its precision, material range and repeatability. The shapes produced, based upon 3D models or CAD files over complex shapes and geometry, often eliminate any aspect of human error or inaccuracy. The advent of 3D printing has led to the birth of rapid prototyping, with aesthetical prototypes rapidly manufactured at a low cost. Aspects of additive manufacturing include material jetting, powder bed fusion, material extrusion and sheet lamination. 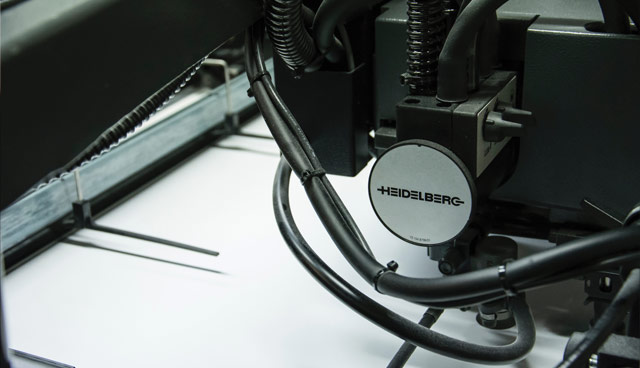 The rise of additive manufacturing within the field of AMTs has coincided with the rise of automation and robotics in manufacturing processes. As interdisciplinary branches of engineering, both robotics and automation have seen continued advancement with the goal of exercising various processes and procedures with minimal human assistance. Automation covers a range of applications from household thermostats to large industrial control systems, sometimes with highly complex levels of input measurements and output control signals that can range from basic switches to complicated algorithms. Automation is traditionally achieved by a combination of various processes, including hydraulic, pneumatic and electrical.

Where automation aims to remove human input in various processes, robotics aims to develop machines that can substitute human effort completely by replicating human actions. Whilst robotics has found particular utility in dangerous environments such as bomb disposal and deactivation, the technology has found special application in advanced manufacturing, with it increasingly overlapping with other emerging technologies such as bioengineering, nanotechnology and artificial intelligence.

Once limited to examples of sci-fi, home cinema and video gaming, the growing augmented reality and virtual reality sectors are causing disruption across a range of industries, with some surprising examples. Whilst the technologies exhibit similar features, pioneers in the field emphasise differences between the two. Where both technologies can significantly alter their user’s perception of reality, the difference is said to lie in the user’s perception of their own presence. An example of its success can be seen in Niantic’s Pokémon Go receiving a considerable valuation of $4 billion. 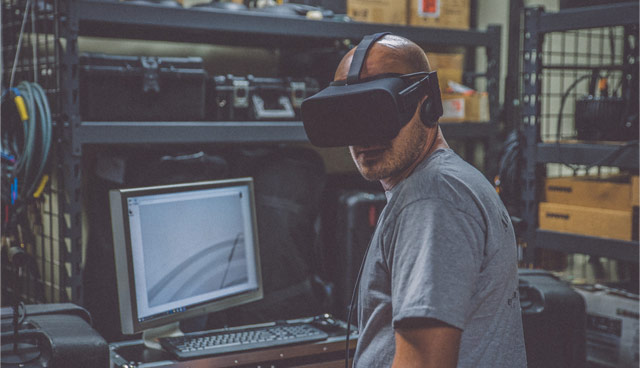 However, the applications of these disruptive technologies are not limited to entertainment and intuitive smartphone apps. In the field of healthcare, examples of augmented and virtual reality have been trialled as methods of cognitive therapy. In the care of the elderly, the technology has similarly been used to engage patients suffering from dementia and Alzheimer’s disease, with recent examples from British firm Way Back VR yielding positive results.

Beyond elderly care, AR and VR-enabled technologies continue to disrupt the field of healthcare. The technology is seeing early investment in the NHS, with the National Institute of Health Research (NIHR) awarding £4 million to the technology’s application within mental health care. Furthermore, augmented reality is increasingly tipped as the future foundation of surgeon training, with the technology currently allowing trainee surgeons to ‘operate’ on virtual patients.