There have been significant developments in Irish housing policy in the past year. The most obvious are the actions set out in the Social Housing Strategy (SHS), adopted by Government in November 2014. But there were also important policy developments concerning the scale and nature of the housing challenge and the goals of housing policy. Focusing on social and affordable housing, this article outlines these developments and explores some of their wider implications. I argue that the actions and goals set out in the SHS require wider changes in Irish policy and, indeed, in the overall management of land, housing supply and urban development.

In doing this, I draw on the four recent reports on housing published by the National Economic and Social Council (NESC). The council’s June 2014 report Social Housing at the Crossroads: Possibilities for Investment, Provision and Cost Rental, analysed the stresses in all aspects of social housing and proposed a major response. In December 2014, NESC published a report Homeownership and Rental: What Road is Ireland On?, which analysed Ireland’s changing tenure mix and the relative advantages of homeownership and rental. This underlined the scale and nature of what would be involved in putting rental on an equal footing with homeownership and called for open discussion of Ireland’s housing aspirations, expectations and possibilities.

This analysis was taken further in Ireland’s Rental Sector: Pathways to Secure Occupancy and Affordable Supply, which set out a vision and strategy for rental housing, focusing on both regulation and stronger supply. The underlying issue of housing supply and land management was then addressed in Housing Supply and Land: Driving Public Action for the Common Good, published in July of this year.

A central analytical thread running through these reports is the systemic nature of the housing system. The evolution of different housing segments and tenures—homeownership, private rental and social renting—are deeply intertwined and all are hugely shaped by the land system, planning and the financing of housing. Reflecting this, the council’s work identifies three interdependent elements necessary for an effective overall approach:
• new financing mechanisms to facilitate off-balance sheet funding and financing of affordable housing for intermediate households;
• regulation and cost conditions to support affordability and secure occupancy; and
• sufficient direct public influence on supply.
In addition, the council suggests that new institutional arrangements will be necessary to achieve a mutually supportive combination of these three (see NESC, 2014, p42-68; NESC, 2015a, p14-6; NESC, 2015b, p32-4).

Three major advances in Irish housing policy
In its Social Housing Strategy, Government clarified its understanding of the nature and scale of the housing policy challenge. ‘Trends in Ireland’s tenure mix, affordability, demography and economy suggest that one-quarter to one-third of the population will find it increasingly difficult to achieve homeownership and that, in the absence of an effective new social housing strategy, there will be increased polarisation in housing options and conditions’ (DECLG, 2014: 17). This places policies for any segment of housing—social provision, owner occupation, social rental and private rental—firmly within the context of the overall housing system; that, in turn, reflects not only the functioning of land and housing markets, but also the income distribution generated by the labour market and the persistence of social disadvantage.

In that context, Government has made clear that the goals of housing policy will be:
• affordability;
• sustainability (economic, social and environmental); and
• inclusion.
It is hard to exaggerate the significance of these clear and reasonable goals; they contrast with past policies, largely implicit, of maximising homeownership by any means and the avowal in 2011 of ‘tenure neutrality’. Government adds that, in setting out to achieve these goals, ‘A precondition for success is an adequate supply of the right kind of housing at a reasonable cost’ (ibid.: 17). With this clarity about goals, it becomes possible to ask of any policy idea, resource or entity (public or private): how does it contribute to the achievement of affordability, sustainability and inclusion?

The third major policy advance is the SHS itself. Pillar One provides for increased provision of social housing by both local authorities and Approved Housing Bodies. This is to be driven initially by exchequer funding and eventually by off balance sheet sources of finance. An important step is the establishment of the Dublin Social Housing Delivery Taskforce, which links the four local authorities to mobilise the resources for increased housing supply. Pillar Two provides for greater and more effective housing supports through the private rental sector, mainly through moving households onto the Housing Assistance Payment.

Pillar Three is about reform. It includes a commitment to take innovative measures that will enhance the capacity of the rental sector to contribute sustainably to social housing supports. ‘This will help to ensure that Ireland, like many other European countries, has a much more stable and secure source of high-quality accommodation which is affordable and which does not constitute an increasing burden on the state’ (DECLG, 2014: 47).

Three kinds of policy development are identified. One is to explore the conditions for development of a cost-rental segment in Ireland’s housing system. The strategy notes that ‘cost rental’ and cost-based or affordable rent regimes play an important role in providing housing to low and middle income groups in many countries. Government also promises to design effective means of managing the transition of encumbered buy-to-let properties. Finally, there is a commitment to develop a national policy to professionalise the private rental sector, to include issues such as investment, standards and regulation (DECLG, 2014: 47).

We could add that a fourth significant recent advance in Irish housing policy is the Central Bank’s adoption of a new set of rules concerning mortgage lending and borrowing. While opinions might differ about the best technical design of rules on mortgages, it is clear that goals and ideas concerning sustainability/stability and affordability underpin the Central Bank’s approach.

Challenges in delivering the Social Housing Strategy and recasting the wider housing system
Government is now focused on delivery of the Social Housing Strategy. This involves working closely with the voluntary housing bodies, the local authorities and other public bodies, such as NAMA, as well seeking private investors. Not surprisingly, this work is bringing to light many challenges. While some of these are practical and organisational, and need to be worked through, others reflect unresolved policy issues and aspects of the overall housing system that need deeper and wider reform.

One is the overall reform of the private rental sector, on which NESC suggests a regime to achieve secure occupancy with greater rent certainty and longer tenure. A related challenge is the need to combine renewed provision of social housing with policies that provide permanent affordable rental housing for intermediate households. Indeed, NESC suggest that this is implicit in existing policy and integral to the investment proposals coming forward, all of which propose mixed-income housing projects.

A third challenge with a systemic dimension concerns overall housing supply and land management. In its July 2015 report, NESC proposes that the public system must lead the resumption of housing supply and end the slow bicycle race in the construction sector. Given the state’s high level of involvement in property, land, finance and investment—arising in part from the need to respond to the crisis since 2008—there is now a once in a generation opportunity to take on these challenges. 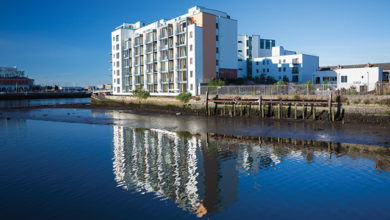 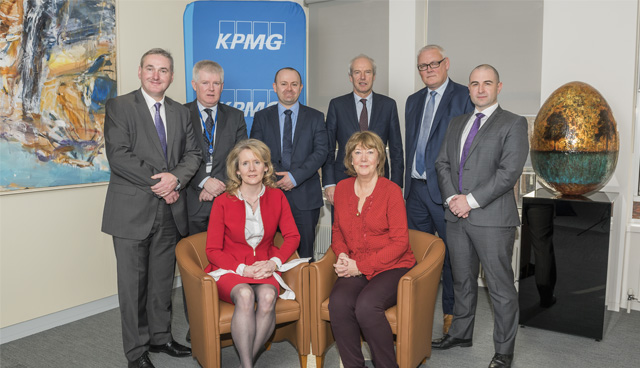 Has private finance a role to play in social housing? 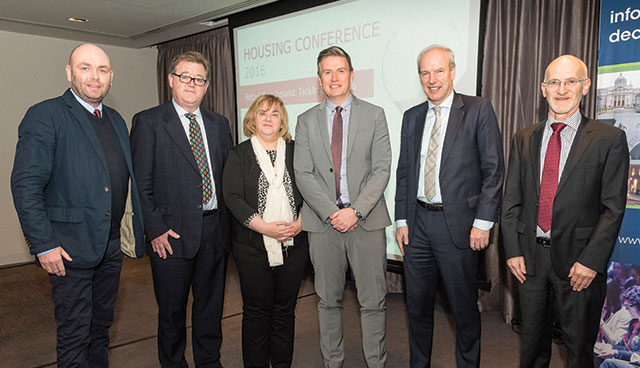