Europe’s response to the Russian invasion of Ukraine has been centred on two major planks: the intake of refugees fleeing the conflict and the implementations of economic sanctions against the Russian Federation. Discussions about a blanket ban on Russian gas and oil imports have come to define the latter.

An outright European Union embargo on Russian gas imports has been mooted in discussions in Brussels since the invasion of Ukraine, but such a prospect has thus far been resisted, with Germany in particular hesitant to the idea despite its suspension of the Nord Stream 2 project in the days prior to the invasion.

Construction on the €10 billion Nord Stream 2 project, a 1,234km natural gas pipeline running through the Baltic Sea from Russia to Germany, was completed in September 2021, but it had yet to begin operation when Germany announced its suspension on 22 February 2022 in response to the Russian recognition of the breakaway People’s Republics of Donetsk and Luhansk the day before. Russia would then invade Ukraine two days later on 24 February.

While the UK has pledged to phase Russian oil out of its imports by year-end, the EU has so far only agreed to ban Russian coal, although it does plan to follow the UK in banning oil. Natural gas is, however, a more difficult import to exclude given its importance; with Russia supplying 40 per cent of Europe’s gas needs, the bloc made up of countries such as Germany, Austria, Luxembourg, the Netherlands, and Hungary, has argued that such a ban would do more damage to Europe than to Russia.

Indeed, an April 2022 report by the Bundesbank stated that an embargo on Russian gas imports would plunge Germany into recession. An immediate ban on such imports, it estimated, would result in an output loss of €165 billion this year, with real GDP for 2022 falling by 2 per cent compared to 2021. The German economy is even more reliant on Russian gas than the European economy, with Russian natural gas accounting for 55 per cent of German needs; a third of this is used to power industrial production in industries such as steel and chemicals that are key to Germany’s manufacturing-based economy.

The EU has, however, unveiled five packages of sanctions against Russia, and has also sanctioned various Russian individuals, since the first package was unveiled on 23 February, the day before the invasion. The design of the sixth package is currently underway. Transactions with the Russian Central Bank have been banned, Russian carriers have been banned from overflight of EU airspace and from accessing EU airports, Vladimir Putin and Minister for Foreign Affairs Sergey Lavrov have both had their assets frozen, and Russian state-owned firms have been targeted.

firms have been targeted. In response to the economic damage wrought by sanctions, specifically those on the Russian central bank, Russia has stipulated that its natural gas can only be purchased using roubles, a move that allowed the currency to recover to its pre-war value. As paying in roubles would violate the sanctions, the European Commission has stated that EU companies can work around this by paying in euro or dollars, which are then converted into roubles.

The sixth package of sanctions currently being developed is rumoured to include the ban on Russian oil imports and the expulsion of Russia from the SWIFT international payments system. Of course, how long and how far these continuing sanctions go remains to be seen as the invasion continues.

According to UN estimates, 5.1 million people have left Ukraine since the outbreak of conflict as of 21 April. Over half of these have gone to neighbouring Poland, which has taken in 2,867,241 refugees and has been the EU member state most affected by the crisis. Romania has also taken in a large number of refugees, totalling 769,616.

The EU has granted Ukrainians fleeing the conflict a blanket right to stay and work in any of its member states for up to three years, and they will also receive social welfare as well as access to housing, medical treatment, and schools. MEPs approved the European Commission’s proposal for Cohesion’s Action for Refugees in Europe (CARE) to redirect available funds to EU countries refuges in March. This could include an additional €10 billion from React-EU, a fund created to act as a bridge between Covid emergency measures and cohesion funds.

The European Parliament also extended the period in which the Asylum, Migration and Integration Fund and the Internal Security Fund operate to mid-2024. The extension allows member states to redeploy unused funds to deal with the influx of refugees from Ukraine and is expected to provide €420 million. Poland, the state which has taken the most refugees in total numbers, and non-EU member Moldova, the state which has taken the most per capita, have both already said that they will require further funding to deal with their significant intakes.

The Commission has also issued new guidelines for border guards carrying out checks at the borders with Ukraine, including the simplification of border controls for vulnerable persons and the establishment of temporary border crossing points. The European Parliament also approved the deployment of the European Border and Coast Guard Agency (Frontex) to help Moldova, in order to manage the number of people arriving in the country. 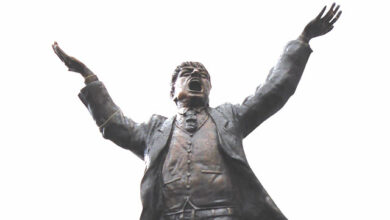