The cost of age-related expenditure in Ireland is set to be €17 billion higher per year in 2050, if the current projections for the demographic structure of Ireland’s population continue.

The country’s growing and ageing population is the subject of an extensive Department of Finance study which suggests a number of policy options to counter the perceived detriment to the economy, including the possibility of linking the State pension age to life expectancy.

Ireland’s current qualifying age for a State pension is 66 but average life expectancy is 79.6 years for males and 83.4 years for females. Life expectancy figures are expected to increase, as too is the State’s population (6.5 million by 2070), however, concerns are centred on projections that the country’s population aged 65 and over is set to grow significantly faster than the working age population.

Such a demographic shift would not only necessitate increased public expenditure in areas such as pensions and healthcare but would simultaneously slow economic expansion and the tax base, leading to higher annual deficits if no policy changes are made.

Highlighting the significance of the projected ageing of the population, deemed to be one of the most rapid of in the EU, the analysis shows that Ireland’s current ratio of four persons of working age compared to each person aged 65 and over could, by 2050, be reduced to just two persons.

The Department of Finance estimates that real GNI*, on current no-policy intervention projections would fall from 5.5 per cent growth in 2019 to 1.5 per cent in 2070, representing a 4 per cent decrease. Over the same timeframe, productivity growth is estimated to fall by 1.8 per cent.

Factored together, the Department estimates that current projected demographic changes would see annual age-related expenditure increase by 10 percentage points of GNI* by 2070.

The Department’s analysis states that without policy intervention to mitigate the inevitable implications of ageing demographics, independent of the impact of the Covid-19 pandemic, the public finances will be on “an unsustainable trajectory”, adding that significant structural reforms are “absolutely necessary” to meet the fiscal costs associated with population ageing.

The expected decline in GDP growth is multifaceted, with things like slower labour supply increases impacting on output growth and ultimately government revenues. The reduction in government revenues will, according to projections, coincide with necessary increased costs in age-related expenditure, particularly in the areas of pensions and healthcare. 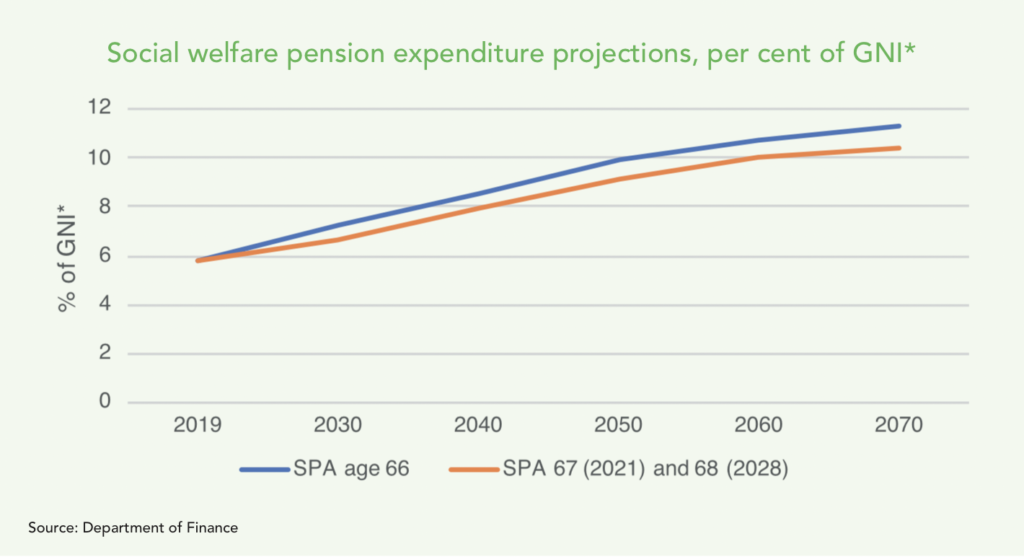 “The anticipated greying of the Irish population is expected to put significant upward pressure on age-related expenditure over the coming decades. Indeed, in line with having one of the most rapidly ageing populations in Europe, Ireland is set to have one of the largest increases in annual age-related expenditure, behind only Luxembourg and Slovakia. Digging into the detail, pensions are projected to be the largest component of this expenditure, followed by health care,” the Department’s report says.

Of the various policy scenarios analyses by the Department, the standout scenario is a potential change in the State pension age (SPA). Ireland’s State pension age was set to rise to 67 in 2021 before the Government reversed the change following pressure. In November 2020, the Government established the Commission on Pensions to examine the sustainability and eligibility issues with the State Pension and the Social Insurance Fund.

The Department’s report states that keeping the SPA will put “significant strain” on the public finances, adding that the decision to retain the current SPA and not increase it to 67 in 2021 and 68 in 2028 as previously planned, is likely to cost €50 billion by 2070.

“A policy linking the SPA to life expectancy is likely to reduce pension expenditure significantly,” it states.

The report concludes that aligning the State pension age with increased life-expectancy appears the most “important reform” to meet the fiscal costs associated with population ageing, stating that Ireland’s current “favourable population profile” provides the opportunity to undertake the necessary policy changes to ensure the sustainability of the public pension system before the fiscal implications of population ageing begin to impact. 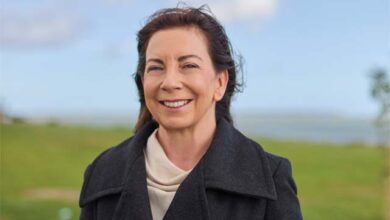 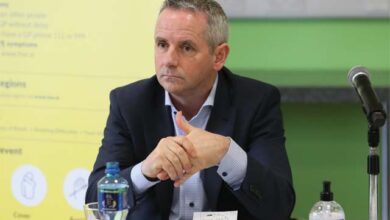 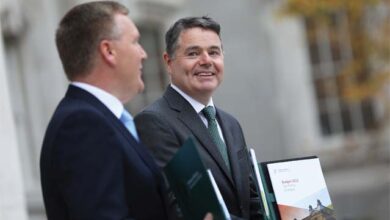