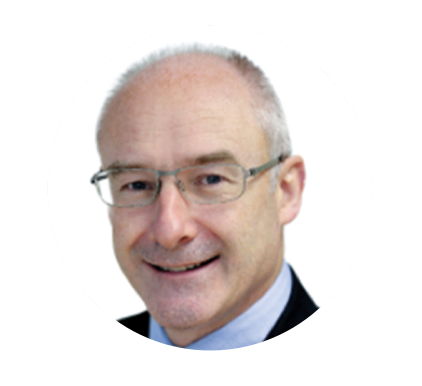 Brendan Gleeson was appointed Secretary General of the Department of Agriculture, Food and the Marine on 2 October 2018. He has previously served in a number of senior leadership roles in the Department, with responsibility for areas such as international trade, Brexit, Common Agricultural Policy development and sectoral policy development in the meat and livestock sectors. He has also had responsibility for governance in several state agencies, served as a member of the Teagasc Authority, and in policy and operational roles in the Department of Industry and Commerce and the European Commission.

He holds a BSc in management law from Trinity College Dublin and diplomas in law and public administration. He is also an alumnus of the Common Purpose Senior Leadership Programme and the Harvard Kennedy School Senior Managers in Government Programme. 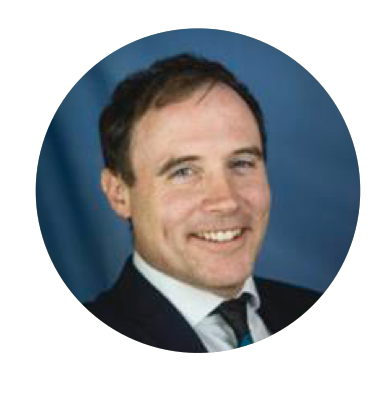 Jacqui McCrum was appointed to the post of Secretary General of the Department of Defence in August 2020. She is the first female Secretary General of the Department. In her capacity, she acts as the principal policy advisor to the Minister for Defence and as the Accounting Officer for all Defence expenditure. She is a member of the advisory board of the National Shared Services Office. Prior to her appointment, McCrum was the Deputy Secretary in the Department of Employment Affairs and Social Protection, the Director General and Accounting Officer in the Office of the Ombudsman, Offices of the Information Commissioner and Commissioner for Environmental Information, Standards in Public Office Commission, Referendum Commission and Commission for Public Service Appointments. She also held the position of Deputy Financial Services Ombudsman. The majority of her career was spent in financial services in London and Dublin. 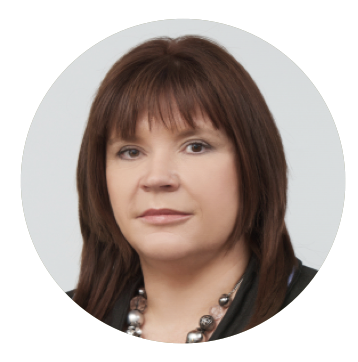 Bernie McNally was appointed Secretary General of the Department of Education in February 2022. The Department leads on primary and post-primary education policy in Ireland and supports 4,000 schools and almost 1,000,000 children and young people

Between 2015 and 2022, she was Assistant Secretary in the Department of Children, Equality, Disability, Integration and Youth, and before that was Director General of the Office of the Ombudsman and Information Commissioner from 2012 to 2015.

In her earlier career, she was an occupational therapist and worked for a short time in both the UK and USA. She was later Director of Therapy and Social Work services in St James’s Hospital, Dublin. Bernie has a BSc and MSc from Trinity College Dublin and an MBS from University College Cork. She has also completed several senior leadership programmes.

Orlaigh Quinn is Secretary General of the Department of Enterprise, Trade and Employment.

A career civil servant, she has held leadership positions across several public bodies, spearheading reform of Ireland’s public and Civil Service at the Department of Public Expenditure and Reform and as Head of Corporate and Head of National Pensions in the Department of Employment Affairs and Social Protection. She has also led on EU and international affairs and served as an expert adviser on employment and social policy at the European Commission.

She is a former Visiting Research Fellow of Trinity College Dublin and holds a master’s in public management and a doctorate in governance from Queen’s University Belfast. She is the author of two books on public policy topics. 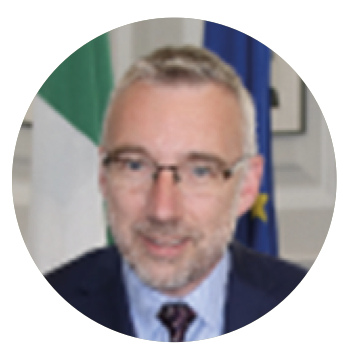 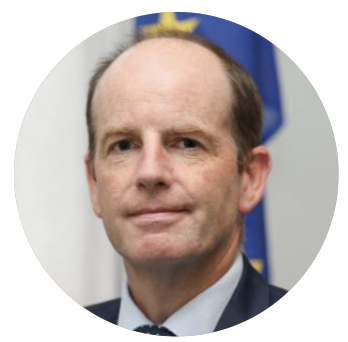 Prior to his appointment as Secretary General, he was Director General of EU Division (2019-2021), also serving in Brussels as Deputy Permanent Representative of Ireland to the European Union (2017-2019) and as Permanent Representative to the EU’s Political and Security Committee (2013-2017). He also has extensive experience of managing Ireland’s bilateral relationship with the United States and engaging with the State’s global diaspora and international business community. 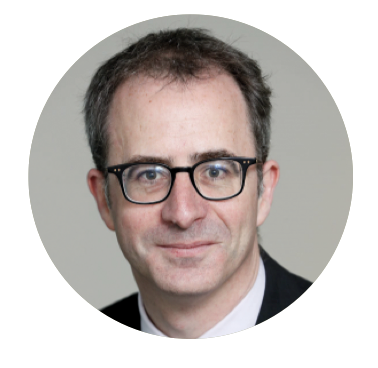 He previously held senior management roles within the HSE and the ERHA. He has a master’s in public administration (mid-career) from Harvard University’s Kennedy School of Government, MSc in economics from Trinity College/Institute of Public Administration, BA in economics and politics from UCD and a diploma in company direction from the Institute of Directors. He holds a Policy Leader Fellowship at the Centre for Science and Policy, University of Cambridge. 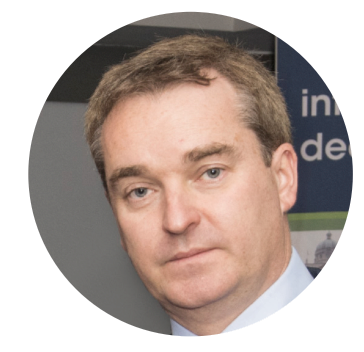 He is an economist with experience in both the public and private sectors, having worked in several roles within the Department of Finance as well as previously working as an economic consultant and a lecturer. He has been a member of numerous boards including the board of the NTMA and the Economic Management Council. He is currently a board member of the Football Association of Ireland. 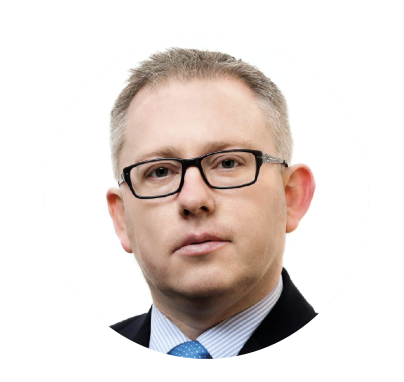 He was an external recruit to the Civil Service in 2013, initially responsible for the public transport. His background is in aviation management and business consulting with experience in insolvency, corporate finance and business strategy. He is a chartered accountant by profession, having trained with PwC, and holds a range of business-related qualifications, including an MBA. 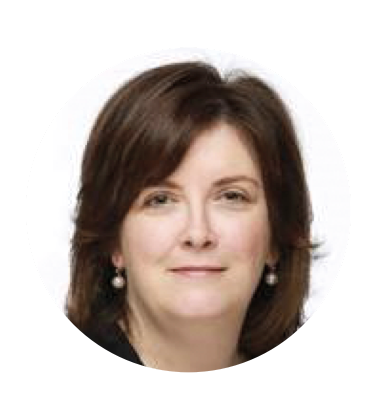 Oonagh McPhillips is Secretary General of the Department of Justice and was the first woman to hold the role when she was appointed in 2020. She joined the civil service in the 1980s as a temporary clerical trainee.

She previously served in the Department of the Environment, as a civilian manager in An Garda Síochána, and in Áras an Uachtaráin. Her career has been mainly in justice, where she has worked on policy, governance, legislation and as head of corporate, as well as private secretary and press officer to successive ministers.

She holds a master’s in communications from Dublin City University and in 2016 she was awarded an Eisenhower Fellowship focusing on organisational culture. 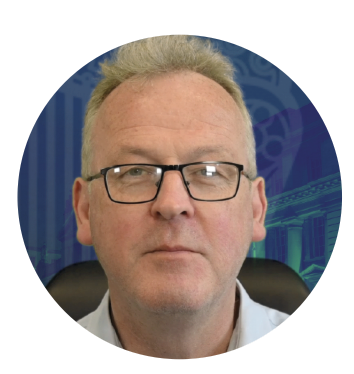 David Moloney is the Secretary General of the Department of Public Expenditure and Reform. Prior to this, he was head of the Labour Market and Enterprise Division of the Department, with responsibility for various expenditure areas including social protection, housing, enterprise and agriculture and for the Irish Government Economic and Evaluation Service (IGEES). 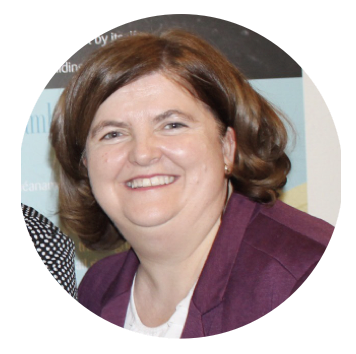 Mary Hurley, was appointed as Secretary General of the Department of Rural and Community Development in March 2022. A graduate of University College Dublin (UCD), she previously served as an Assistant Secretary at the Department of Housing, Local Government and Heritage, and has held the responsibility for policy areas such as local government, fire and emergency management, homelessness, regeneration, community and rural development.

Over the course of her career, she has also worked across a number of departments, including the Department of Arts, Heritage and the Gaeltacht, where she played a key role in the 1916 commemorations.

John McKeon joined the Department of Social Protection in October 2010 as Assistant Secretary General. Prior to that he was Managing Director of eircom Wholesale, having joined the Department of Posts and Telegraphs aged 16 as a trainee technician based in Waterford in September 1979 and­ subsequently moving on to Telecom Éireann and then eircom. While with eircom he worked in a variety of roles from technical operations to procurement, treasury operations, pricing and forecasting, investment evaluation, marketing, new enterprise development, organisation development, and international business.

Mark Griffin commenced duty as Secretary General of the Department of the Environment, Climate and Communications in September 2013. In his current role he has responsibility for key sectors and policy areas including climate action, environment, circular economy, energy, telecommunications and cybersecurity.

John Callinan was appointed as Secretary General of the Department of the Taoiseach in May 2022.

Previously, he was the Second Secretary General at the Department of the Taoiseach since 2016. In that role he had lead responsibility for the International and EU Affairs Division and the Britain/Northern Ireland Division, including the Shared Island Unit. He was also the Taoiseach’s “sherpa” (senior EU advisor) and lead negotiator on Brexit.

He joined the Department of the Taoiseach in 1998 and worked in a number of policy areas since then. He was appointed Assistant Secretary General in 2007 and led several divisions in the Department between 2007 and 2016, including Economic Policy, Social Policy, EU and International Affairs, and Britain/Northern Ireland.

Prior to joining the Taoiseach’s department, he worked in a number of areas at the Office of the Revenue Commissioners. A graduate of Trinity College Dublin, he also spent four years at the European Commission in Brussels.

Licken was previously an Assistant Secretary in the Department of Communications, Climate Action and Environment.

She is a graduate of communications studies in Dublin City University and has a postgraduate diploma in corporate governance from the UCD Michael Smurfit Graduate Business School.

He holds a Master of Science degree from Letterkenny Institute of Technology and Ulster University, Jordanstown and is a graduate of the Institute of Directors, Ireland, and the Chartered Institute of Personnel and Development, UK. He holds third- level and professional qualifications in HRM, employment law, economics, systems analysis and corporate governance.