The Government’s crisis resolution strategy is the correct one for a “treacherous” economic environment, writes Professor John McHale.

The brief burst of optimism that followed the recent publication of the bank stress tests has faded. As fears of a Greek precedent on debt restructuring grow, and Portugal joins Greece and Ireland in the bail-out club, market yields have jumped back above their pre-stress test levels, indicating continued high expectations of an Irish default. Debate has inevitably returned to the appropriateness of Ireland’s crisis resolution strategy.

Restoring the creditworthiness of both the state and the banks is the first order of business in the crisis resolution task. The recently revised projection for this year’s budget deficit is 10 per cent of GDP, which is now financeable only through EU-IMF assistance. In addition, the banks are not able to finance a large fraction of their liabilities on the market, leading to ongoing funding from the ECB and the Irish Central Bank that totals to about 100 per cent of GDP. With this level of funding dependence, a combined failure to regain market creditworthiness and loss of official support would have catastrophic effects on the economy and living standards.

The difficult balancing act facing the Government, then, is to put in place a credible plan to close the deficit and to recapitalise the banking system to make it self-financing. Moreover, it must do this in a way that keeps official creditors on board, and so avoid unnecessarily harsh adjustment costs of rapid fiscal adjustment and bank deleveraging. In short, it must regain market creditworthiness while protecting official creditworthiness.

The Government’s Plan A has three broad elements:

1. steady adjustment of the budget deficit and bank balance sheets;

2. official assistance to spread the painful adjustment over a moderate length of time and to provide time to demonstrate political and economic capacity to see the adjustment through;

3. and most controversially, the (pragmatic) absorption of bank losses beyond their capital and subordinated debt.

The leading Plan B being offered by economists and commentators is to move much more quickly to reduce the size of the overall debt burden through debt restructuring or default, with initial emphasis on reducing the burden of bank losses borne by the state (more popularly known as ‘burning the bondholders’).

There is little disagreement on the principle that taxpayers should not be on the hook for losses that should rightly be borne by the private creditors of the banks. Unfortunately, a number of factors have complicated legitimate loss imposition. Most importantly, the rash blanket guarantee of bank liabilities put in place in September 2010 meant that any loss imposition would have been an effective sovereign default. Further complicating matters are the equal legal ranking of depositors and senior bondholders under Irish law and the systemic importance to the Irish credit and payments system of both AIB and Bank of Ireland.

The calculation for Anglo Irish Bank and Irish Nationwide Building Society is quite different given that they are being wound down and their depositors already moved to AIB and Irish Life and Permanent. All else equal, there is a strong case for imposing losses on the roughly €4 billion of unguaranteed and unsecured seniors. However, with the official creditors – notably the ECB – expressing strong concerns about the contagion effects across the European banking system, the pragmatic decision was made that the likely savings did not compensate for the risk of jeopardising reliable ECB support.

As the Government pushes ahead with Plan A, the central question is whether it can work. A necessary condition for the plan’s success is debt sustainability – essentially that the debt-to-GDP ratio is stabilised at a level consistent with a politically feasible primary (i.e. non- interest) surplus.

Even allowing for €35 billion in additional bank re-capitalisation costs (€10 billion above what the stress tests revealed), the IMF foresees the debt ratio peaking at 124.5 per cent of GDP in 2013. The required primary surplus is projected to be 1.5 per cent of GDP in 2015, an 8.2 percentage point turnaround from this year’s projected primary deficit of 6.7 per cent of GDP. This projection is based on growth rising steadily from 0.9 per cent this year to 3.4 per cent in 2015, as strong export growth gradually begins to win out over the drag of impaired bank, business and household balance sheets and also the effects of fiscal austerity. Although it is possible that some additional austerity will be needed if growth disappoints, the view of the official funders is that the programme agreed with the previous Government, and as amended by the new Government, is consistent with debt sustainability.

Why then are the bond markets so pessimistic about the chances of an Irish default? The timing of the spikes in bond yields suggests that the design of the proposed permanent EU bail-out facility – the European Stability Mechanism (ESM) – is a significant part of the problem. Key elements of the mechanism’s design are creditor ‘bail-ins’, where debt positions are judged unsustainable, and preferential creditor status for the ESM (so that the burden of any restructurings would fall first on private creditors). Not surprisingly, potential private creditors are wary of putting their money on the line given their vulnerability under this design. As the design details became clearer and the likelihood of the ESM coming into existence became more certain, bond yields rose. The danger of Greece forcing a precedent involving significant private sector burden sharing has also had a negative spill-over on Ireland. Indeed, once it is feared a country will enter the ESM these fears can become self-fulfilling as private creditors shun the country. Portugal is the latest apparent casualty.

Although Plan A faces obvious market skepticism, it would still appear to offer the most robust crisis resolution approach given the large uncertainties in the domestic and international environments – both economic and political. With some reasonable luck, it should give the Government time to demonstrate its capacity to push through the budgetary and banking adjustments and for the export-dominated economy to show its underlying resilience. Even if market access cannot be regained because of negative surprises or the underlying disincentives of the ESM, the demonstration of willingness to follow through on the agreed programme should help the state retain its ‘official creditworthiness’ – i.e. continued access to support from official creditors. It is possible that a continued programme would involve debt restructuring, but any officially supported default would be more likely to be viewed as ‘excusable’, and thus do less reputational damage, than an early, unsupported ‘strategic’ default. Finally, in the really bad scenario where Ireland loses both market and official credit access, the damage done by a ‘sudden stop’ in state and bank funding will be lessened if the primary deficit has been largely eliminated and the banks have substantially reduced their reliance on non-domestic depositor funding.

Ireland certainly faces a daunting challenge in pulling out of its creditworthiness crisis. With the national debt already rising fast because of the large underlying fiscal deficit, it is especially
galling that the state has also had to absorb large private bank losses. All things considered, however, the current adjust-assist-absorb strategy offers the most robust option in a treacherous environment.

Professor John McHale is Head of Economics at NUI Galway. 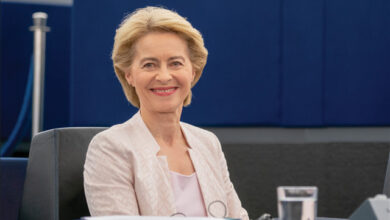 Von der Leyen: Protocol is the only solution 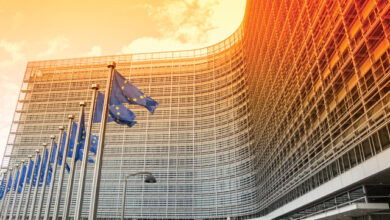 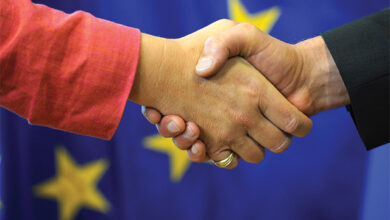