Ireland’s connectivity priorities include the roll out of the National Broadband Plan, transposing EU legislation, 5G and cyber security. Now, in the context of the Covid-19 pandemic, these priorities have acquired greater resonance in terms of connectivity and the future of work.

The objective of the National Broadband Plan (NBP) is to facilitate access to high speed broadband for schools, homes and business regardless of geography. The NBP network will provide a minimum download speed of 500Mbps in homes and 1Gbps for commercial premises. It is being pursued through combined commercial investment and State intervention in rural areas regarded as being commercially unviable.

The NBP contract, signed in November 2019 and approved by the European Commission in the context of EU State Aid rules, came into effect in January 2020. The high speed broadband network will be deployed and operated by National Broadband Ireland (NBI) to over 540,000 premises in the next 25 years. As per the contract, the State’s investment over this period is capped at €2.977 billion.

NBI is tasked with delivering high speed broadband to the ‘State Intervention Area’ which comprises 537,596 properties (as well as those yet to be constructed), 1.1 million people, 54,000 farms, 44,000 non-farm businesses and 695 schools. Work has commenced and over 90 per cent of premises in the State are expected to have access high speed broadband by 2024. Progress can be tracked via Eircode on the NBI website.

In the meantime, 300 broadband connection points (BCPs) will be advanced in year one of the NBP. BCPs will provide WiFi in schools, libraries and sports facilities across the State to support remote working. Within local authorities, communities are being consulted by broadband officers to ensure that the BCP locations deliver optimal benefit. Marketing of the sites is undertaken by NBI and Vodafone.

The pervasiveness of the Covid-19 pandemic has extended to the NBP which has been impacted in several ways. These include: availability of accommodation for contractors; access to certain buildings, including schools and sports facilities; import of overseas supplies; and recruitment of personnel.

The Department of Communications, Climate Action and Environment (DCCAE) suggests that state intervention in the NBP will provide several benefits. These include:

• employment and entrepreneurship within the State Intervention Area, including the expansion of existing businesses;

• enhanced opportunity for remote working as an enabler of rural communities;

• improved health outcomes through the remote monitoring of older and vulnerable people;

The development of electronic communications through the Digital Single Market (DSM) was a pillar of the previous European Commission aimed at facilitating access for citizens and businesses. The DSM is projected to contribute a potential €415 billion to the EU economy each year, creating significant employment. Currently. only two proposals remain outstanding from its legislative programme of 30. These are ePrivacy Regulation and the Cyber Security Competence Centre.

Within the new Commission, the new Executive Vice President for Digital, Margrethe Vestager, will manage the overarching digital policy contained within Shaping Europe’s Digital Future paper. The European strategy has three pillars: technology that works for people; a fair and competitive digital economy; and an open democratic and sustainable economy.

Citizen connectivity is a core objective of the EU. This means that all citizens and businesses should have access to high quality connectivity and enhanced choice of digital services to guarantee democracy, pluralism and social cohesion within the EU. As such, the EECC has four key objectives.

1. The promotion of connectivity, access and adoption of very high capacity networks by all citizens and businesses.

2. The promotion of competition in electronic communications networks and services.

3. The development of the internal market for electronic communications networks and services, radio spectrum and connectivity.

4. The promotion of EU citizen interests, including security, protection and accessibility.

There are several key elements of the EECC, including its broader definition of electronic communications services (ECS). The EU has broadened the scope of regulation around ECS to include internet access services, interpersonal communications services (ICS) and services comprising the conveyance of signals. Chat services such as WhatsApp and Facebook Messenger are likely to meet the definition of ICS and therefore ECS. 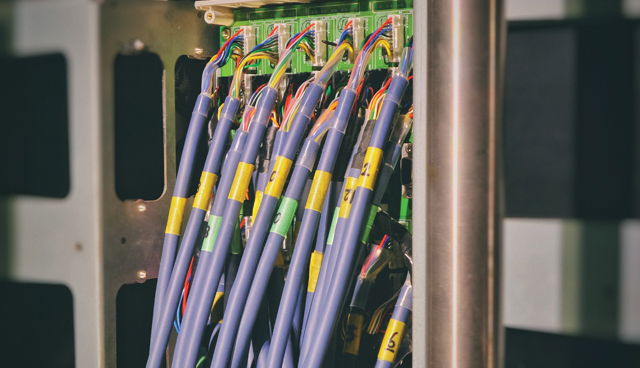 The new strategy recognises Ireland as a leader within the EU “in terms of the uptake and use of digital technologies” and aims to ensure that it continues to “safely enjoy the benefits of the digital revolution and to play a full part in shaping the future of the internet”.

As such, the Government intends to take several steps to “protect our nation, to develop our cyber security sector, and to deepen our international engagement on the future of the internet”. This means protecting the State, its citizens and its critical infrastructure from cyber security threats, developing the capacity of the State in managing these challenges and engaging nationally and internationally to support “a free, open, peaceful and secure cyber space”.

The strategy contains 20 specific actions to be taken, including: further development of the National Cyber Security Centre; undertaking a comprehensive risk assessment of the current vulnerability of critical national infrastructure; and reinforcing Ireland’s diplomatic commitment to cyber security.

The Road to 5G Networks: Experience to Date and Future Developments paper, published by the OECD, indicates that the fifth generation of wireless networks, or ‘5G’, “holds potential to stimulate innovation and meet the increasing demands of the digital economy”. Ultimately, it suggests, 5G could be revolutionary. Its potential hinges on the speed of its roll-out and its subsequent adoption.

In recent times, public concern about the supposed health impacts of exposure to 5G (or increased exposure to non-ionising radiation) has increased to the extent that several local authorities have passed motions stating their opposition to the rollout of 5G infrastructure. The DCCAE indicates that its 5G policy is grounded in evidence.

“International organisations such as the World Health Organisation assess that there is no established scientific evidence to support any adverse health effects to individuals below the exposure levels set by the International Commission on Non-Ionising Radiation Protection (ICNIRP),” the Department emphasises. Such exposure levels are “well above” the frequencies being considered for 5G.

In compliance with their spectrum licences, operators must not exceed exposure levels set by the ICNIRP. In collaboration with the Environmental Protection Agency (EPA), which monitors and advises the Department, DCCAE is working to develop a relevant communications strategy. 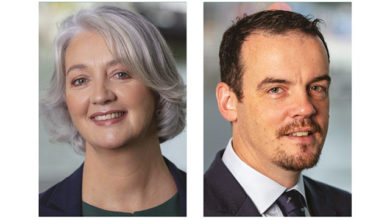 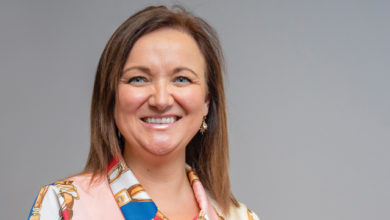 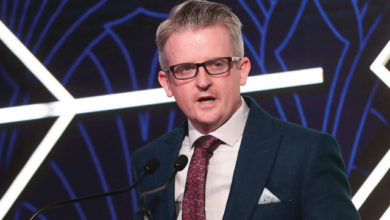 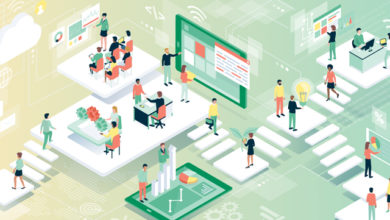 The future of work: European trends