Aoife-Grace Moore is a political correspondent with the Irish Examiner. A graduate of Glasgow Caledonian University, the Derry native previously worked as a journalist for Press Association among others.

I’m very much a product of my environment. My family were one of the founding families involved in the Bloody Sunday Justice Campaign, so I was brought to different marches and protests as a child and there were always journalists around asking questions. I grew up in a house where the news was on every night during dinner, and it was always impressed on us that the media was important for challenging the establishment. I was naturally good at English at school and it just came as a logical next step and decided when I was 16 that was what I wanted to do. I’ve taken every unglamorous job offered to me over the years, but it’s paid off.

Journalism is going through a tough time at the moment, but it’s definitely adapting. We’re in a 24-hour news cycle now because everything is live streamed or live tweeted. People are constantly scrolling which means facts must be checked in a matter of minutes, but we’re seeing some excellent work being amplified by technology too. The New York Times is the greatest example of how good digital journalism can be, paired with podcasts and video. Media companies and newspapers are getting better at knowing their audience and how to reach them in this new era.

What are the challenges of working in print media?

At the Examiner, like most newspapers, we follow a ‘digital first’ policy. So, we ensure all our stories are written for the website first, it has to be this way, or you’ll get left behind. The challenge for papers comes when you only have so much space, you’re fighting four or five other desks for inches on a page, which means you must have the best possible version of your copy ready to fight it out. Sometimes the politics desk will think something is a huge story, whereas news mightn’t find it as important. That debate is essential though, as it’s easy to get lost in your own bubble. 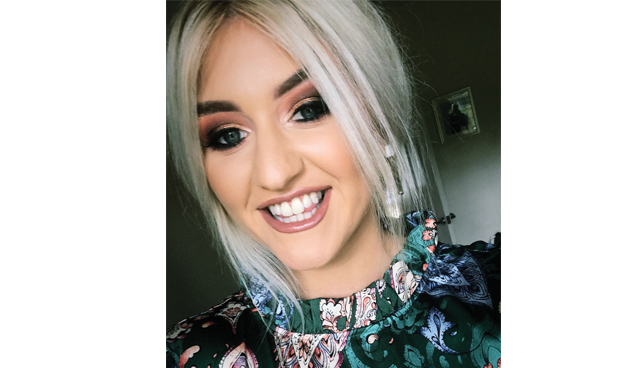 “The New York Times is the greatest example of how good digital journalism can be paired with podcasts and video.”

The team at TheJournal.ie have continually gone above and beyond. You can tell they support their reporters to follow their passions and think outside the box. Christina Finn, the politics correspondent there, is excellent at what she does. Justine McCarthy is another person who I really admire, and her writing is second to none. Being from Derry, I’m also going have to say Nell McCafferty, for her time she was a trailblazer, Nell was opinionated and loud when women in Ireland were constantly told to be quiet.

The murder of Lyra McKee was probably the one that stands out the most for me. I was working for Press Association at the time. Being a Derry native, I was commissioned to write an essay for the Examiner the next morning, after being up most of the night covering the shooting. The whole weekend was very intense, a lot of work. I think I appeared on seven radio shows, and the Examiner front page ended up winning an award that year.

Now we’re in a pandemic I can only really say running and reading. I ran off and on beforehand, but now my gym is closed and I’ve had to get back at it. I’m trying to train for a half marathon. Outside of pandemics, I would say drinking with my friends, and going to gigs.