Loughan House Open Centre is one of only two open institutions in the Irish prison system. Originally constructed as a novitate in the 1950s, Ciarán Galway visits the County Cavan prison to discuss its rehabilitative ethos with both staff and prisoners.

Located just three kilometres from the border villages of Blacklion and Belcoo, Loughan House Open Centre is a low-security prison situated in a characteristically rural County Cavan locale overlooking Upper Lough MacNean. The prison has capacity for 140 prisoners who are relocated there after serving time in the State’s closed institutions.

Prisoners held at Loughan are male, over the age of 18 and deemed to require lower levels of security. This incorporates those with a wide range of criminal convictions, including 22 life sentence prisoners finishing off their sentences. However, there are no sex offenders and the majority have been convicted for drug-related offences.

Speaking first with Assistant Governor Jimmy Keely, he remarks: “It’s a fully open prison – it’s very easy to get in and it’s equally easy to get out.” That being said, only two individuals absconded from the Open Centre in 2018, a significant reduction on the figures from a decade ago.

“A major factor in that reduction was the fact that the gate was opened. It removed a psychological block as well a physical block,” says Keely. For prison staff and prisoners alike, the experience in Loughan House, when compared with lockdown prison facilities is significantly different. “It is very different to working in a closed prison. As you can see for yourself, prisoners can have 24/7 access to us. It’s very much a personal role, more so than the role of prison officer.

“For the prisoners, it can be quite difficult to have this level of freedom. They are very much encouraged to make their own decisions, which can be difficult. The transition can be harder for those who have served a longer period of time in closed institutions,” the Assistant Governor indicates.

“How are you supposed to change people if you just lock them up and throw away the key? Here, it’s about showing a bit of compassion.”

Indeed, prisoners have keys to their own rooms, which in the newer Pine Lodge building are also ensuite. Unlike in the closed prisons, prisoners eat communally in a canteen at lunch and dinner time. Uniquely, they have access to basic mobile phones and the visiting regime is much more lenient and incorporates a Scandinavian-style visit room. Throughout the visit, prisoners move freely around the site, often in pairs, and amiably greet prison staff.

Keely is a veteran of the Prison Service, approaching two decades of service and five months into his current role. Discussing the rehabilitative ethos, he explains: “[The objective] is to provide our inmates with as many positive options as possible, that will, in some way, have a positive impact upon their own lives and the lives of others upon their release.

“The majority of people in prison are going to be released at some point. They have a definitive release date. If people can go into society better than when they were removed, that can only benefit the wider community.”

As such, Loughan has a work training area and 11 full-time work training officers who cover activities ranging from the kitchen to the laundry and the gymnasium to a building skills and industrial cleaning workshop. Uniquely, the Open Centre has a farm, a coffee shop, a garden centre and a car wash each staffed by prisoners, alongside an integrated sentence management coordinator, full-time Merchant’s Quay addiction counsellors and a chaplaincy service.

“The public can actually come in here and see for themselves the benefit of the regime here and see that prisoners are not all that bad. Quite a few would come up and during the summer, the trade in the garden centre would be quite good and the coffee shop is busy too. It’s very much part of the local community.

“We have a very good relationship with the locals here in Blacklion and indeed the whole west Cavan, Sligo and Leitrim area,” Keely asserts, adding: “We do a lot for the community, including a lot of charity work for the North West Hospice in Sligo and assistance with local Tidy Towns committees,” Kealy concludes.

Given the diverse offering for work and training at Loughan House, there is scope for prisoners to access education on either a part-time or a full-time basis. There is a total of 14 classes available on a weekly basis and a total of nine teachers, including eight subject teachers and head teacher Brenda McMullan.

Many within the Open Centre’s population have little or no previous certification and, as such, are keen to upskill as they prepare for their release or look to build on what they have previously achieved.

The prison’s Education Centre provides QQI (L2-L6) courses across 36 modules and five students are studying with the Open University. Safepass and first-aid training is available and relevant vocational courses are also studied in a local community setting, including: barbering; accountancy; forklift training; and driver theory tests, when approved by the IPS. While literacy levels are much lower than in the outside community, many also learn to read and write through prison education.

As head of the Education Centre, McMullan is employed by the Cavan and Monaghan Educational Training Board, and emphasises the need to provide a diverse educational offering to prisoners, some who have already served almost two decades of their sentences.

“Really, you have to have an individual programme for everybody,” she says, adding: “Prisoners are coming now, buying in and engaging with services and there is an expectation that they should. The ethos of the Open Centre is coming into its own now and reaching its full potential.”

Most prisoners, having come from closed institutions, are keen to engage in order to add some structure to their day. Some attend school on a full-time basis, while others work between the kitchen, the coffee shop and the workshop.

“Loughan House has more of a sense of personal freedom. For many of them that can be hard, and they realise that they need to be productive. Many avail of the opportunity to reflect on their lives and equip themselves with the necessary skills to pursue further education work and training opportunities on their release.

“The turnover can be frustrating, and we have to be flexible to accommodate it, but having said that, there’s never a dull moment. I have been here almost 35 years. There is a buzz and great job satisfaction,” she asserts

Through the edutainment programme, which comprises artists, musicians and drama groups, as well as work experience and training programmes, there is enhanced level of community engagement with the prison population. The PE teacher, based in the Open Centre gym also facilitates friendly soccer games between Loughan United and visiting teams, while the prisoner-led Red Cross facilitates drug awareness workshops for the Cavan Institute and TY students from local schools. Due to overwhelmingly positive feedback, these workshops are now being extended to Youth Justice Northern Ireland.

“The coffee shop has been amazing. Among the outside community, it is reshaping an image of prisoners and that can only be a good thing. In the summertime, the locals are coming in to buy flowers from the polytunnels, to get their cars washed and to get their bicycles fixed.

“That’s huge because the whole ethos of the Open Centre should be towards normalisation. The more community involvement that we have, the better. This means getting the guys into the community for various projects, including work training and education,” adds McMullan.

James, is a life sentence prisoner who entered the system as a 19-year-old. Now 34, he came to Loughan House in June 2016 following time in a string of closed institutions. Describing his initial years in prison as “pretty volatile” he explains: “You fought against the authorities and there was always a divide between ‘them’ and ‘us’.

“The main jails are tough places and there are a lot of damaged people inside [them]. Put the drugs in the mix and it’s a bad recipe. There’s a lot of violence and a lot of isolation. You’re dealing with emotions all on your own because you’re inside that alpha male environment and you don’t want to show your soft side.”

As time went on, James became involved with the education services inside the closed prisons, though he acknowledges that this was a struggle because he was still tackling addiction. Once he beat addiction, he also linked in with therapeutic services and counsellors. Then, around 2009, he became an Irish Red Cross volunteer.

“That in itself instils a lot of discipline and you realise that while you are in prison, it’s still a community. The Red Cross played a massive role in helping lads to realise that and to have respect for their living quarters and for the people within the prison system, including the prison staff and prisoners.

“I think it removed a barrier that was there for years because the prison officers also got involved and we were working side-by-side on a daily basis to do positive things. When people take off their masks in that moment in time, you get to see that everyone is a normal human being and it’s no longer about ‘them’ and ‘us’,” he maintains.

Now a facilitator in the Red Cross, James is trained in overdose and violence prevention and facilitates courses for other prisoners through peer-on-peer teaching. Loughan House has provided a platform for him to further his skills and in August 2018, 13 Loughan House prisoners graduated as Red Cross volunteers. In 2018 James also graduated with an Open University degree in Sport and Fitness.

According to the life sentence prisoner, the open nature of Loughan House and the public access to the facility is “bringing down barriers altogether”. “How are you supposed to change people if you just lock them up and throw away the key? Here, it’s about showing a bit of compassion and leading people in the right direction in life in order to change and become a better person.

“If they respect the community inside here, there is a far greater chance that they’ll respect the wider community when they go back outside into society,” he outlines.

Turning to his own future, James is open-minded about employment upon release. “Until I find whatever I want to do in life, I can fall back on my degree and work in the fitness world. I’m an optimist, so I’ll see where it takes me.

“I’m open to doing anything upon my release just to get me going, whether it’s making coffees or whatever it is to get that first reference off someone. All you need is that once chance from one person in this world and then you can hit the ground running,” he concludes. 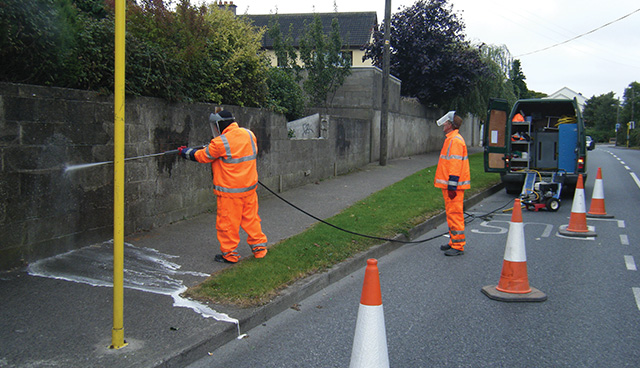 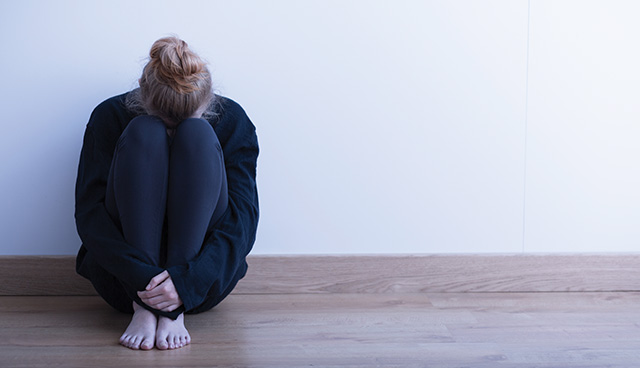 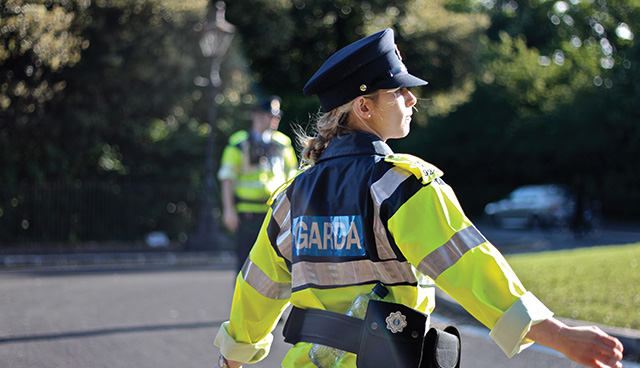