The latest round of Israeli expansion into Palestinian land has drawn condemnation from the Irish Government, which in doing so became the first EU government to recognise the actions of Israel as “de facto annexations”.

The Irish Government’s condemnation of Israeli actions came in May after an 11-day bombardment of Gaza by the Israeli Defence Forces (IDF) and unrest elsewhere had killed 248 Palestinians, including 66 children, and wounded a further 1,900. The latest round of violence came amidst unrest stemming from the expulsion of Palestinians from the Sheikh Jarrah neighbourhood of East Jerusalem by Israeli settlers, the latest in a long-running series of expansions into Palestinian territories that the Israeli state has backed since the Six-Day War of 1967.

Since the 1967 war, Israel has maintained its occupation of Palestinian territories and extended into further territories, leaving roughly 450,000 settlers in the occupied West Bank among the three million native Palestinians. Despite the repeated condemnations of international organisations such as the UN that these settlements are illegal, the Israeli Government has in recent years announced its intentions to permanently annex all occupied land, including the Syrian territory of the Golan Heights. Despite the recognition of the Golan Heights as part of the state of Israel by former US President Donald Trump, the EU has not recognised Israeli sovereignty in the region, or other occupied areas, citing the international law that land gained as part of offensive or defensive measures in war cannot be legally annexed.

The historic Dáil vote, in which Ireland became the first EU state to censure the actions of Israel as de facto annexation, was concluded after a motion tabled by Sinn Féin was unopposed. However, Minister for Foreign Affairs, Simon Coveney TD did add an amendment that condemned rocket attacks conducted by Hamas that had by then claimed the lives of 13 Israelis. A People Before Profit amendment to expel the Israeli Ambassador was rejected by the Dáil.

Coveney said that the coalition Government had backed the motion due to “manifestly unequal” treatment of Palestinians. He told the Dáil: “The scale, pace and strategic nature of Israel’s actions on settlement expansion and the intent behind it have brought us to a point where we need to be honest about what is actually happening on the ground… It is de facto annexation.” The use of the word annexation rather than occupation is a critical one, as Palestinians living on land annexed by Israel would technically reside within the Israeli state without any citizenship rights.

eolas Magazine staff travelled to Israel and Palestine in 2019, visiting both east and west Jerusalem, Tel Aviv, and the West Bank. One illuminating experience was entry into H2, the section of the West Bank city Hebron that is under Israeli military control that contains roughly 30,000 Palestinians and 800 Israeli settlers. Following relatively effortless passage through the turnstiles at the entrance into the Old City of Hebron, in the shadow of the Cave of the Patriarchs, both our Palestinian driver and tour guide were subjected to body searches conducted by heavily armed IDF soldiers. A glimpse into the “manifestly unequal” treatment of Palestinians in the West Bank and beyond.

The Dáil vote was conducted at a time when a ceasefire between the IDF and Hamas had been reached, a ceasefire that has now been broken upon the appointment of new Israeli Prime Minister Naftali Bennett. How Ireland, and the international community at large, will respond to this renewed violence remains to be seen; it is likely that Ireland will experience continued wrangling over the implementation of the Occupied Territories Bill, which has been rendered unlikely by government opposition.

eolas Magazine reached out to both the Mission of the State of Palestine in Ireland and the Embassy of Israel, Ireland for comment on both the recent violence and the vote taken in the Dáil.

“The Annexation Motion and unanimous support it garnered across the political spectrum in Ireland sent a strong message across Europe and the international community that Ireland will always stand up for international law. As we speak, Palestinians are being killed and injured for defending their lands and their rights against colonial expansion in East Jerusalem and the West Bank. Sheikh Jarrah, Silwan and Beita are all being ethnically cleansed by a hostile occupation. This week, yet another bombardment broke the fragile truce in Gaza as Israel continues its colonial project, expanding illegal settlements resulting in the de facto annexation of the West Bank and East Jerusalem.

“Israel killed more innocent civilians and destroyed vital Gazan infrastructure, but these acts will not break our people, who believe in and will continue to defend their right to freedom and to live in peace. The international community have a responsibility to hold Israel accountable for its violations of international law. The absence of accountability and justice will only lead to greater instability. There must be a renewed impetus to tackle Israel’s impunity and bring about a peaceful two-state solution, along the 1967 borders with East Jerusalem as the capital of a free, sovereign state of Palestine.”

— Ambassador, Mission of the State of Palestine-Ireland, Jilan Wahba Abdalmajid

“Israel outright rejects Ireland’s outrageous and baseless position regarding Israeli communities in Judea and Samaria. This position reflects a blatantly one-sided and simplistic policy and follows the unacceptable anti-Israel statements that were heard in Ireland, at a time when the citizens of Israel were being subject to terror attacks by the more than 4,000 rockets that were landed from the Gaza Strip by the Hamas terror organisation. The motion that was adopted by the Irish parliament constitutes a victory for the extremist Palestinian factions. The motion distances Ireland from its ambition to contribute and play a constructive role in the Israeli-Palestinian context.”

“Israel was not looking to start a military conflict with Hamas, a terrorist organisation in Gaza, and did everything possible to avoid conflict and confrontation. Initiating this conflict was a decision, made by Hamas, which had nothing to do with Israel. This decision was due to internal Palestinian politics and Hamas seeking to show their strength vis-à-vis the Palestinian Authority. Hamas thought that attacking Israel and Israeli citizens was the way to do so. Israel’s main goal during the Operation “Guardian of the Walls” was to stop indiscriminate firing of rockets into civilian population. It is important to change the dynamics and curtail the capabilities of Hamas in order to ensure that in the future both Israeli and Palestinian civilians will not be taken hostage by terror organisations.”

— Israeli Ambassador to Ireland, Ophir Kariv, on the broader conflict 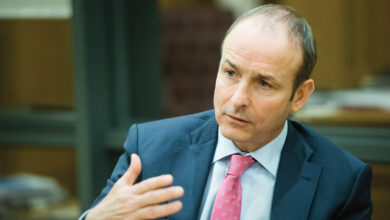 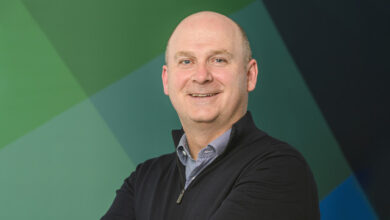 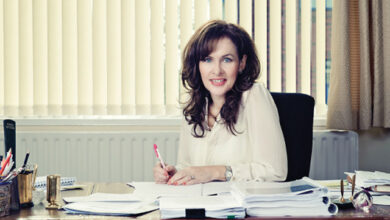 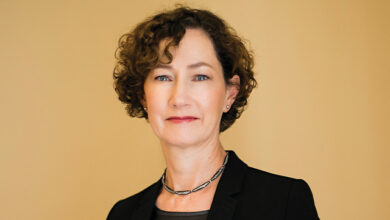