The Covid crisis has disrupted economies across the globe to an extent unrivalled in living memory. Now, investment in infrastructure offers a route to recovery. Ciarán Galway discusses innovation, long-term value and investment with KPMG’s Head of Corporate Finance and EMA Head of KPMG Global Infrastructure, Michele Connolly.

Infrastructure permeates all sectors from healthcare and housing to communications, transport and energy. The Covid-19 pandemic is having a similarly pervasive impact on these sectors, necessitating resilience and adaptation. Some of this will be irreversible. Inevitably, infrastructure is not unscathed. Aside from the obvious challenges, there are also opportunities.

From an infrastructure perspective, Michele Connolly identifies three major impacts of the pandemic.

Secondly, and simultaneously, the pandemic is driving down demand in the transport sector, impacting road, rail and air travel. Though the EMA Head of KPMG Global Infrastructure suggests that this has to be viewed as temporary because “we must ensure that we have a sustainable transport system going into the future” and emphasises that “Covid will not be with us forever”. However, she acknowledges: “The pandemic has put huge pressure on the cost base of all our transport providers, whether public sector or private. So we need to support them as we will need them into the future.”

Thirdly, the Covid-19 crisis is having a catalytic effect on innovation and this extends to infrastructure projects. “The pace of change is growing exponentially, and this is transforming how we work and how we conduct business. Previously, such change may have taken 20 years,” Connolly says.

Innovative solutions vary from the utilisation of drone technology to inspect a site which cannot be accessed due to public health restrictions or embedding digital solutions, such as cashless ticketing, into existing transport networks. Such innovations are likely to be permanent. “The impact of digital embedded within our infrastructure base, otherwise known as infratech, is a significant trend for the future and it has just been supercharged,” she asserts.

“This means looking to see how we can utilise digital technologies to drive greater efficiency and effectiveness in how we use our assets and elongate the lifespan of infrastructure.”

“It has been very heartening to see the Government’s emphasis on maintaining and enhancing the investment in infrastructure.”

Depending on the infrastructure asset that is being constructed, its useful lifespan could range from 30 to 50 years, if not more. To minimise repair-spend and extend usefulness, assets should be effectively managed over this lifespan. “Much like getting a car serviced, when you build a piece of infrastructure, the same rigour must be applied to protecting the health of that asset throughout its lifecycle. By doing so, cost is minimised, as is disruption and down time. It also provides better service to end-users.

“Organisations, whether public or otherwise, can often be resource constrained and must consider how to drive better efficiency and effectiveness from their asset base, in effect ‘sweat the asset’ to a greater extent. However you cannot continue to sweat an asset without minding it as you go. As an example, many of our semi-states which have significant infrastructure asset bases are now managing them in a different way to continue to derive better value from them.”

The crisis has also heralded a new approach to supporting clients in their decision-making. Connolly indicates that while her clients often collect a substantial volume of data, this does not necessarily translate into providing useful information and as such they are unsure of how to best derive value from it.

As such, in October 2020, KPMG acquired Future Analytics, an Irish planning, economics and research consultancy with a focus on helping clients analyse that data and convert it into information.

“KPMG Future Analytics uses demographics, for example, to help people make decisions around infrastructure development, housing strategies, property development or the location for new retail outlets. It takes data that is publicly available from several sources, analyses it and presents it in a very graphical way to enable clients make better decisions. That’s the focus of the future. People are hungry for information as very distinct from simply data,” she affirms.

Pressure is now emanating from shareholders, regulators, staff and the public to encourage organisations to reflect on how their operations can become more sustainable. “The sources of capital are under pressure from their shareholders to make sure that they are considering environmental, social, and corporate governance in their investments.”

Overall, the current infrastructure trends in Ireland are broadly congruent with those globally. For instance, health infrastructure is experiencing increased pressure in all countries. “The difference has been in how well people have been able to bolt on temporary pieces of infrastructure to allow for additional capacity, whether it’s the deal with private hospitals in Ireland or the Nightingale facilities in the UK, which KPMG played a part in developing,” Connolly outlines.

Likewise, public transport systems across the world are experiencing similar declines in demand. “There’s no magic solution because we still require a functioning transport system and it’s very hard to make that work effectively with such temporary declines in demand. We sometimes think Ireland is different and we beat ourselves up about it, but we’re following global trends,” she suggests.

In both the short and medium-to-long-term, countercyclical investment in infrastructure can act as a driver of growth during times of economic downturn. Connolly believes that the current context has created the optimal conditions to promote and incentivise public infrastructure development. “Firstly, construction activity benefits the economy generally, including providing direct jobs on site and generating a myriad of economic activities in an indirect manner. Secondly, it helps Ireland to gain competitive advantage as an economy,” she explains.

Indeed, while during the previous recession, capital budgets were cut and infrastructure projects halted, the current Government has re-emphasised its commitment to public infrastructure in both the Programme for Government and the capital expenditure proposed in Budget 2021.

“We haven’t observed any additional delays or negative impact on any of the projects we’re involved in from Covid related funding pressures. It has been very heartening to see the Government’s emphasis on maintaining the planned investment in infrastructure so we avoid adding to the infrastructure deficit that already exists,” Connolly states.

“Continuing that investment will have both immediate and long-term productive benefits for the economy. Infrastructure development costs a lot of money and there is substantial funding pressure on the Exchequer, but the State must look medium-to-long-term as well as short-term.

“I believe that investment in public infrastructure has been accepted as a key driver of economic growth. However, there continues to be blockages to the fast and effective delivery of infrastructure projects that must be addressed.”

While acknowledging the requirement for strong governance, Connolly believes that the overall project development and approval process is too slow. “The time that it takes to go from conception of an idea to its delivery on site is too long,” she argues.

“When a project does get to site, the relationship between the contractor and the public sector client is still not one of partnership, it’s still too adversarial. That leads to the wrong culture on site and, subsequently, to delays. There are multiple reasons for that. The government form of contract is just one.

“Resetting the relationship between the contractor and the State would be a big improvement. Strong political leadership is also a significant factor. When I see projects driven over the line, it’s often because there is a political champion at the top who doesn’t take no for an answer and as a result, blockages fall away.”

Welcoming the early Review to Renew, the review of the National Development Plan (NDP), Connolly asserts that it should focus on doing things better and faster. “Yes, there should no doubt be some element of a reprioritisation of projects but we also need a different lens applied in this review. We have a big programme of projects; now we must work to address blockages and get them to site and completion faster.”

As part of the NDP review, there is no doubt that megaprojects such as MetroLink will be in the mix. As the era of the megaproject dawns in Ireland, and as such projects become larger, more complex and subsequently, riskier, assurance will increasingly come to the fore.

“Boards, regulators and stakeholders must have confidence that a project is going to deliver on its intended objectives. KPMG has a proven track record of facilitating this in the UK, Canada and Australia. Now, we are starting to see that come into the megaprojects in Ireland, driving an additional level of comfort and assurance for key stakeholders.” 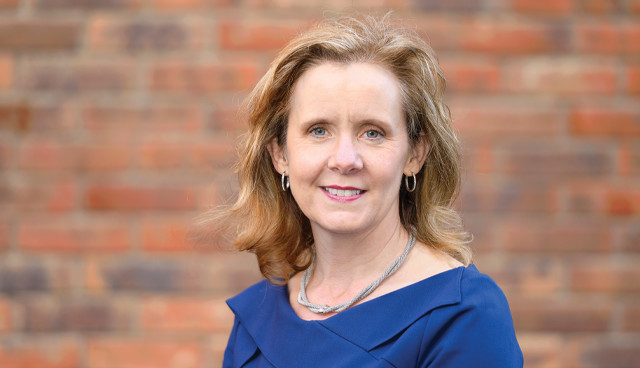 “Firstly, construction activity benefits the economy generally, including providing direct jobs on site and generating a myriad of economic activities in an indirect manner. Secondly, it helps Ireland to gain competitive advantage as an economy.”

While there was initial cessation of activity across the construction industry during the initial public health restrictions, most sites returned to work relatively quickly. Subsequently, the most significant challenge facing the industry has been the disruption to supply chains and the import of material from abroad.

“That will cause a rethink into the future about how contractors leave themselves less exposed. Rather than bulk buying from one manufacturer which is geographically remote, they will either build up larger stock bases in Ireland or diversify their selection of suppliers to mitigate an overreliance on one. That in itself places pressures on the logistics industry in Ireland, but in a positive way because it should drive new demand and open up opportunities for new suppliers,” Connolly says.

The Covid-19 pandemic has also created an opportunity in construction capacity. With a projected lull in commercial construction, will there be additional capacity for the State to avail of? “The commercial sector might be quieter for a while, but some of that skillset, at least, can certainly be turned to addressing the infrastructure needs of the State. Now would be a time to capitalise on that. But equally, the capacity in the construction sector will always flex upwards if they can see a strong and certain pipeline of demands for it,” she elaborates.

Overall, throughout the course of the Covid-19 pandemic, individuals and organisations have proven to be adept at adjusting work practices at an unprecedented pace. While some of this change is born out of sheer necessity, much will be sustained into the future. Ultimately, from an infrastructure perspective, the impact on demand and innovation will be enduring.

“We’ve proven that working from home does work. We’re not going to work from home indefinitely, but a hybrid model will be possible.

“This will change how our cities get planned because we won’t have the same volume of footfall each day. Some of that change we are seeing is temporary, some of it is permanent. We must focus on the positive aspects of that change which are advantageous in the long-term, plan accordingly and embed the new demands into our infrastructure indefinitely,” the EMA Head of KPMG Global Infrastructure observes. 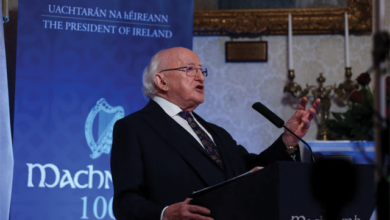 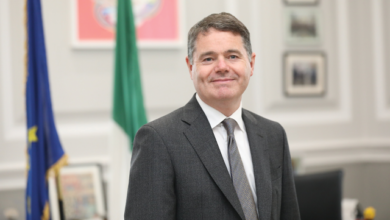 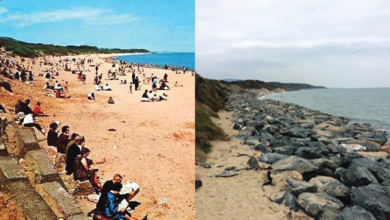