Speaking at Ireland’s Housing Conference 2021, Minister for Housing Darragh O’Brien TD outlines some of the of the key aims of the Housing for All plan set to be published this summer, with the aim of delivering 33,000 homes per annum.

Determining that the population of the Republic is set to increase to around six million people by 2040, Minister O’Brien says that ambitions to meet the housing supply needs of the future have been hindered by an absence of housing stock growth in line with population increases.

In 2014, new home completions dwindled to as low as 14,000 and the Minister acknowledges that a serious challenge exists to catch up with demand and increase supply.

In 2020, the Department of Housing, Local Heritage and Government commissioned a report by the ESRI to build on the work of the National Planning Framework. The Minister sets out that, following the recommendations, the Government now aims to build 33,000 homes per year. However, he reiterates the scale of that challenge by highlighting estimated figures of some 20,000 completed homes in 2020, already 5,000 units short of the pre-Covid target.

O’Brien says that a core element of his Department’s move to increase housing supply is the prioritisation of its own build programme for social housing. Budget 2021 provided an “unprecedented level” for housing delivery of €3.3 billion and included a target of just under 13,000 homes (9,500 new builds) and expands on the Programme for Government (PfG) commitment to a 50,000 increase in housing stock over the Government’s lifetime.

The Minister says that he is eager to ramp up delivery and hopes, in the near future, to complete a circuit of local authority meetings where he has emphasised the “real need to get shovels on the ground” and talked through each of the new targets of local authorities.

Pointing to a 25 per cent reduction in local authority waiting lists since 2016, the Minister says he expects further reductions to have been recorded in 2020, despite the impact of the pandemic, adding: “I am committed to driving this number down further through increased supply of social housing nationwide.”

However, the Minister understands that even if local authorities and approved housing bodies (AHBs) are to deliver the targeted 10,000 homes annually, a significant gap will still need to be bridged by the wider sector, as a whole. The requirement for policy direction in this regard is the basis for his plans to publish Housing for All this summer.

Setting out his reasoning for the plan, O’Brien says: “It will build on our commitments in the Programme for Government and provide a roadmap as to how we get a housing system that gives us the sustainable supply that we need, at a price that people can afford, with appropriate housing options for the most vulnerable in our society.”

The Minister asserts that to make a lasting and coherent impact, the strategy must take into account not only the requirement to deliver over 30,000 homes but also a range of complex and inter-related areas such as homelessness, affordability, planning and rent reform, O’Brien says that progress is not waiting on the plan’s publication and that reform is already underway.

He points to the increase of autonomy for local authorities through the introduction of a single stage approval process for capital expenditure on social housing construction projects up to €6 million and the current development of a standard internal swelling layout manual, intended to assist in meeting the Department’s target floor areas, as examples of progress.

Adding: “We’ll also provide and introduce regulatory reforms through the introduction of e-planning processes and by placing the construction industry register on a statutory footing as we develop and promote a culture of competence, good practice and compliance with planning regulations within the construction sector.”

The Minister outlines affordable home ownership as an “absolute priority” and states his desire to put home ownership back at the centre of housing policy. Budget 2021 saw the Government commit to €620 million specifically focused on affordability measures.

“A system, where a working couple cannot afford to purchase a house and have the certainty that when they grow older, they can enjoy the comforts of their own home and, if they wish, pass it on to children, is a system that is failing the key test,” he states.

O’Brien indicates that the spike in the average age of people buying their own home from 26 in 1991 to 35 in 2021 is a reflection of the difficulties facing young people, which he describes as a “demographic financial timebomb”, when considering that households who have not been able to purchase their own home will need financial support upon retirement.

“The struggle to boost homeownership levels is a core part of that effort to ensure politics delivers for ordinary working people.”

The Minister goes further and points to the decline in Irish home ownership to levels below the EU average as a “threat” to shared prosperity.

“Building a system that gives each citizen a clear stake in its prosperity must be a priority for Irish politics in the coming years. The struggle to boost homeownership levels is a core part of that effort to ensure politics delivers for ordinary working people. This Government is committed to ensuring affordable, quality housing solutions are available to everyone in Irish society and this is reflected very clearly in the Programme for Government,” he says.

In January 2021, the Minister published heads of the Affordable Housing Bill 2020, which provides for the introduction of three new schemes to deliver on the PfG commitment. Outlining these three schemes, the Minister says that local authorities will deliver affordable homes for purchase on their lands for the first time in more than a decade and a new Affordable Purchase Shared Equity scheme.

This scheme intends that the State provides equity support to help those seeking to purchase in the private market but unable to secure a full mortgage and the introduction of a new form of housing tenure in cost rental.

However, this has been criticised by senior officials in the Department of Public Expenditure and Reform (DPER) and opposition politicians as being a demand-led measure which is likely to increase house prices without delivering additional supply.

The new legislation will also provide the basis for the first 400 cost-rental homes in the State to be delivered in 2021.

In addition, in February, the Minister published the Land Development Agency Bill 2021, which seeks to establish the agency on a statutory basis and sets out the core goals of the agency to undertake strategic land assembly and fully utilise state lands to build affordable homes and sustainable communities.

On the rental sector, the Minister points to a range of Covid-19 measures introduced, protections which he says are designed to better balance the legal rights of landlords and tenants. Outlining his intention to keep these under constant review, he also describes ongoing work of considering “balance measures” which might be necessary as rent increase restrictions, in the form of rent pressure zones, are in place only to the end of 2021. “I am looking at how we can have a more sustainable and secure private rental system,” he explains.

In the last 12 months, the number of individuals experiencing homelessness has fallen by almost 2,000 and there has been a nearly 40 per cent reduction in the number of families accessing emergency accommodation. The Minister accepts that while this trend is a positive one, much work remains to address the problem. He adds that provisions in Budget 2021 support the PfG ambition to increase the focus on preventing homelessness as well as ensuring pathways out of homelessness for individuals and families.

“We need to work tirelessly every day to ensure that we are driving down homeless numbers by putting people in to permanent housing solutions. That’s why the increase in social housing supply is so important, as is tenancy supports and the provision of affordable homes,” he explains.

Concluding, the Minister states his confidence that the Government is implementing the right measures to tackle the challenges of supply, affordability and homelessness and to bring forward the necessary legislative changes required to do so. 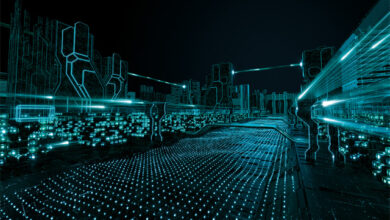