The Housing Commission held its first meeting in January 2022, having been established under Housing for All. It will take a long-term strategic view on the policies being pursued under the plan and will roll out the timeline for a future referendum on a right to housing. The Commission is made up of 12 members, all of whom are experts in the housing sector.

John O’Connor (Chair) is the former CEO of The Housing Agency. Previous roles include Chief Executive of the Affordable Homes Partnership, and Executive Manager of the Housing and Communities Department in Dublin City Council. He worked in the construction industry before moving to local government and is a chartered engineer.

Pat Doyle has been the CEO of the Peter McVerry Trust since 2005. He is also the president of the Irish Council for Social Housing, where he is serving his second consecutive term for the period 2021-2024. Doyle holds a higher diploma and a master’s in education and has over 30 years’ experience in the community and voluntary sector, working on social inclusion, managing a range of initiatives aimed at reducing risks of homelessness, addiction, and working with people in care settings.

Sorcha Edwards has been General Secretary of Housing of Europe, the European Federation of Public, Cooperative and Social Housing since 2014. Edwards leads the team and coordinates the network aiming at better regulation, better knowledge, and better finance for housing.

Paddy Gray is Professor Emeritus in housing at Ulster University and has a wide range of publications on housing policy and practice. In 2010, he was appointed the first and only Irish president of the Chartered Institute of Housing. He is chair and a board member of a number of housing organisations across the UK and Ireland including the Wheatley Group, Glasgow HA, and Tuath.

Patricia King is the general secretary of ICTU. She is a former vice-president of SIPTU and served as one of two vice-presidents of ICTU. She played a leading role in the Irish Ferries dispute between 2005 and 2006, and in subsequent negotiations that saw an overhaul of employment rights law and the establishment of the National Employment Rights Authority (NERA). King currently serves on the boards of the Apprenticeship Council, Court Services Board, and the Climate Change Advisory Council.

Ronan Lyons is an Associate Professor in Economics at Trinity College Dublin, where he is also Director of Trinity Research in Social Sciences. His research focuses on housing markets, urban economics, and economic history. His doctorate at Oxford was on Ireland’s housing market boom and bust of the early 21st century. He is a consultant to the IMF on residential property prices, a frequent contributor to national and international media on Irish housing and the broader economy and the author of the quarterly Daft.ie reports on the Irish housing market.

Kathryn Meghen is the CEO of the Royal Institute of the Architects of Ireland. As CEO, she oversees the development and implementation of RIAI policies and services to support the members and deliver the RIAI Strategy. She is on the editorial board of Architectural Ireland, House and Design Magazine, and the RIAI annual review: Irish Architecture. Meghan was on the editorial board for the RIAI and Department of Housing’s publications New Housing and New Housing 2.

Michelle Norris is Professor of Social Policy and Director of the Geary Institute for Public Policy at University College Dublin. She has led over 30 research projects on housing policy and urban generation and produced 200 publications on the results. She has strong links with policymakers in Ireland and internationally. In 2011 and 2016, she was appointed as a member of the National Economic and Social Council and has served on the board of the Land Development Agency. Between 2012 and 2021, she chaired the board of the Housing Finance Agency. In 2021, she was one of three lead authors of Housing 2030 on how policymakers improve affordable housing outcomes.

David O’Connor was an architect for 27 years, becoming the Fingal County Architect in 1995, until being appointed to a senior local authority management post in charge of Planning and Development in 2003. He was appointed chief executive of Fingal County Council for the period 2006 to 2013. Later, O’Connor served for one year as director of the office dedicated to delivery of Rebuilding Ireland. He has acted as part of the Review Group of the operation of the Strategic Housing Development initiative.

Michael O’Flynn is the Chairman and CEO of the O’Flynn Group. Established in 1978 as a house building company, it has progressed into one of the largest property development companies in Ireland. He has expertise in property backed operating businesses such as student accommodation, is a founding member of Property Industry Ireland, and is former chairman of the Cork branch of the Construction Industry Federation.

Brian O’Gorman has led Clúid Housing, one of the leading approved housing bodies in Ireland, for over 25 years. During this time, he has grown Clúid’s property portfolio to over 9,000 homes. He is a former president of the Irish Council for Social Housing, a founding member of the Housing Alliance, and served on Dublin City Council’s strategic policy committee on housing for eight years. He holds a BA in philosophy from University College Dublin and an MSc in business from University College Cork.

Ailbhe O’Neill is a barrister specialising in the areas of constitutional and regulatory law. She was the legal advisor to the Referendum Commissions established for the 30th Amendment of the Constitution (adoption of the Fiscal Stability Treaty) and the 33rd Amendment (creation of a Court of Appeal) and to the Nyberg Commission of Investigation. An assistant professor in the School of Law at Trinity College Dublin, her lecturing and research interests focus on property rights and regulation and she has published domestically and internationally in these fields. 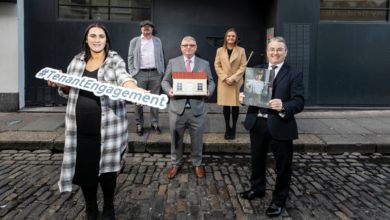 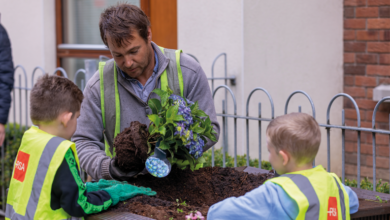 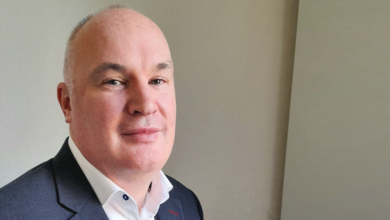 Monitoring and oversight of AHBs commences 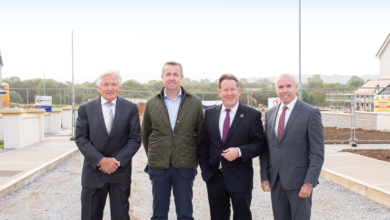