Overall, the Department of Housing, Local Government and Heritage was allocated a budget of €5.169 billion under Budget 2021. Most notable in the breakdown of these figures in the context of the fight against homelessness is the figure of €218 million pledged to “ensure those experiencing homelessness are supported and helped to successfully exit homelessness”. This is a significant rise on the €166 million that was pledged in Budget 2020, and the Government is predicting 6,000 “exits from homelessness” in 2021 as a result of this funding.

Significant in the Budget in terms of housing people is the large increase in housing spend. €3.3 billion is allocated for spending in housing, a 24 per cent increase on the 2020 level of funding and the highest investment in housing in the history of the State. The Budget contains within it plans for the deliverance of 28,500 additional social housing units in 2021, with 12,750 new homes to be “added to the available supply of social housing through build, acquisition and long-term leasing” and support for local authorities and approved housing bodies through the Land Development Agency in order to deliver 9,500 social housing new builds. €110 million for a new Affordable Purchase Shared Equity Scheme for first-time buyers and a new cost rental model have also been pledged.

The Budget was welcomed by the Peter McVerry Trust, whose CEO Pat Doyle said that the “sizeable programme of capital investment” had answered calls “for a more ambitious and enlarged social housing programme”. Doyle said: “We warmly welcome Budget 2021. It delivers major investment in several key areas such as housing, education and health. It will enable local authorities and housing charities to make major progress in providing critical housing pathways to people in homelessness and on social housing waiting lists. We welcome the increase in funds for key homeless services such as cold weather supports, day services, and emergency accommodation for people impacted by homelessness.” The expansion of the Housing Assistance Payment Scheme to 85,000 tenancies in 2021 was also welcomed by Doyle, who said it would “enable people to exit homelessness through the private rental sector”. 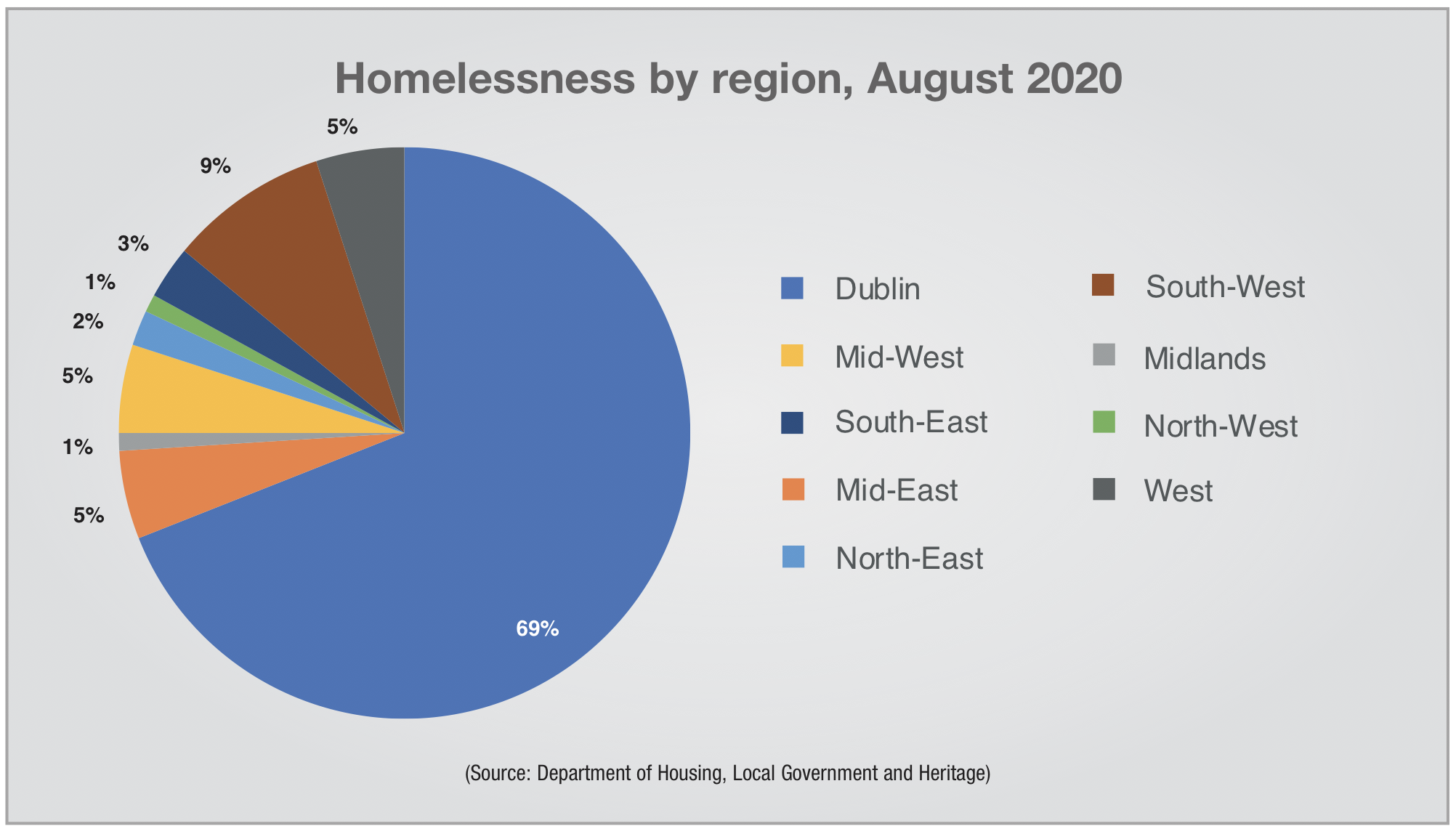 The homelessness campaigner Sister Stanislaus Kennedy, speaking at the launch of Focus Ireland’s annual report for 2019, expressed hope that the lessons learned during the Covid-19 crisis would mark a turning point for how Ireland deals with the issue of homelessness. She said that Ireland was “seeing that the homeless figures dropped because of the measures taken by the Government – the rent freeze and the ban on evictions – and there was a determined effort by the Government agencies to work in cooperation with the voluntary sector”. However, Kennedy warned that these were “short-term measures and they stopped in August and we can now see the emergence of homelessness again with people coming to us with eviction notices; that’s a worrying trend especially when we may be heading into a second Covid surge and into the winter”.

Focus Ireland, in its annual report, reported helping 1,790 households to avoid or leave homelessness in 2019 and that 14,200 people had engaged with its services throughout the year. Another report – A Working Life: The Continuing Journey, complied by Cork Simon Community – has found that securing stable affordable housing is the greatest challenge for people trying to exit homelessness even after they have secured employment.

The Cork Simon Community Director Dermot Kavanagh said that the report served to emphasise the importance and success of employment in the rebuilding of lives. Kavanagh said: “It also demonstrated the many factors that can help or hinder sustaining work, and the critical importance of an adequate supply of affordable, stable housing in order for employment to work, and for people to rebuild their lives. Now more than ever people need occupation, connection and hope. Employment, with the right supports, offers these in spades.”

The report, the second in a series following people who have experienced homelessness moving into employment through Cork Simon, found that 71 per cent of participants were still in employment two years into the process, with 76 per cent saying they had achieved life goals in that period, but securing housing remained an issue for 50 per cent of the participants.

“While securing housing brought great relief and joy, housing scarcity and insecurity caused considerable stress and upheaval and impacted one-third of participants’ ability to work during the research period,” researcher Sophie Johnston said. Participants in the study cited lack of availability, exorbitant rents, perceived prejudice in shortlisting tenants and the inability to take time off work to search for housing as the main barriers toward securing housing.

With an additional 593 social homes now scheduled to be built in 2021 – 9,500 versus Rebuilding Ireland’s target of 8,907 – the hope will be that these needs can be addressed as soon as possible although the full effect of Covid-19 and the lapsing of the rent freeze and eviction ban remains to be seen. 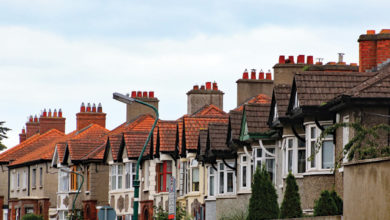 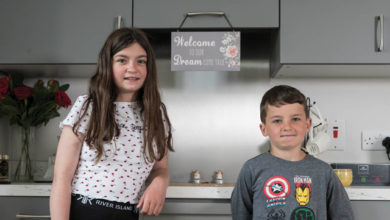 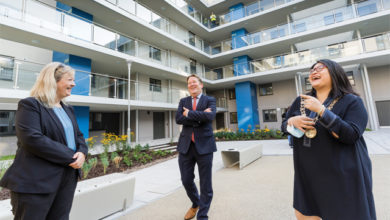 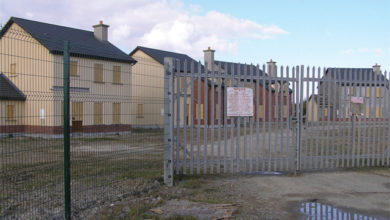