The initial forays of Stephen Donnelly TD as Health Minister have been less than impressive. However, his stewardship of the notoriously difficult portfolio emerged amidst a public health crisis of unprecedented scope and scale. Now armed with the largest health budget in the history of the State, it remains to be seen whether the Minister can successfully navigate the Covid-19 pandemic and deliver on his government’s Sláintecare ambitions.

Stephen Donnelly TD succeeded his Wicklow compatriot and rival Simon Harris TD as Minister for Health in June 2020. In marked contrast with his predecessor, Donnelly’s initial interactions with the media were decidedly clumsy. In one interview he made a bizarre comparison between Covid-19 and trampolining as an “inherently risky” activity. At a media briefing days later, Colette Sexton, a special adviser to the Minister, tried and failed to dictate the line of questioning from journalists, creating further embarrassment.

Similarly, on 7 October 2020, a video posted by Stephen Donnelly’s Twitter account outlined the ‘achievements’ of his first 100 days, including GP care for all primary school children, increased access to medical cards for the over-70s, the launch of the Covid-19 App and the largest ever Winter Plan, concluding that “he’s only getting started”. In reality, however, free GP care for the under-8s has been postponed indefinitely, while increased access to medical cards should have been implemented as early as July 2020 having awaited Donnelly’s approval.

Furthermore, at a press conference the following day, Taoiseach Micheál Martin was forced to publicly state his confidence in the Health Minister. The revelation that Donnelly had numerous conversations with Chief Medical Officer Tony Holohan about the National Public Health Emergency Team’s proposals to reintroduce Level 5 public health restrictions undermined the Government’s narrative on the sequence of events. “I do, of course, have confidence in the Health Minister,” the Taoiseach said.

That being said, it is early days for Donnelly who is only six months into his first outing as a cabinet minister. Much now depends on his handling of the ongoing Covid-19 crisis in the first months of 2021 and the reorientation of the health and social care systems towards Sláintecare implementation. Indeed, many of the healthcare responses to Covid-19 are components of Sláintecare.

The Minister does not underestimate the challenges that lie ahead. “The combination of winter and what Covid has done to our healthcare system means that this winter will probably be the most challenging time in healthcare in living memory,” he remarked.

A Department of Health SWOT analysis of Covid-19 and the health and social care system prepared for Donnelly in June 2020 determined that while many positive changes occurred rapidly in response to the pandemic, several weaknesses were also exposed.

Given this context, the Department identified an opportunity “for implementing Sláintecare at pace”. This ties in neatly with Donnelly’s pre-election analysis that Sláintecare had been reduced to mere political platitude. An agreed vision is one thing, but its implementation as a plan is another altogether.

“In line with previous correspondence between the Department and the HSE, there is a desire to ensure that the learning from the Covid-19 response is used to inform the implementation of Sláintecare,” the Department of Health briefing states.

As such, it was an opportune moment to define and achieve consensus on Sláintecare project priorities through engagement with key stakeholders. These priorities range from Regional Health Areas to workforce reform.

With the HSE Board in place, the health sector must provide a detailed outline of how patient services can be delivered locally, safely, fairly and to a high standard within the six new regional health areas.

Examining new ways in which to utilise community settings and partnerships fostered with private hospitals to alleviate pressure on the public service. This includes increasing bed and critical care capacity for the Covid-19 crisis and beyond and prioritising the elective-only programme for patient treatment.

The expansion of primary and community care is one of the central tenets of Sláintecare. The Government has committed to this expansion through the development of Community Healthcare Networks, increased opening times for unscheduled care, consolidating general practice, establishing a DEIS-style programme for health, increasing telemedicine capacity, consulting on a new contract for the enhanced role of pharmacists and expanding community ophthalmology.

In pursuit of the Sláintecare Implementation Plan objective of keeping care close to home and expanding the availability of health and social care services, the Government has made several commitments. These commitments include introducing a Statutory Homecare Scheme, increasing homecare hours, expanding community intervention teams, developing the role of advanced nurse practitioners, increasing the deployment of assistive technologies, delivering a Carers’ Guarantee, improving access to talk therapies and developing a plan to tackle loneliness and isolation.

“The combination of winter and what Covid has done to our healthcare system means that this winter will probably be the most challenging time in healthcare in living memory.”

Prior to the Covid-19 crisis, additional capacity was already required across every aspect of health and social care services in Ireland in order to meet demand. As such, the Government has indicated that it will continue capital investment as per the Project Ireland 2040, utilise private hospital capacity where required, open the National Children’s Hospital, commence building the new maternity hospital, increase National Ambulance Service capacity, provide new radiation oncology facilities in Dublin and Galway, deliver a second cardiac catheterisation lab in Waterford and improve palliative care pathways.

Over its lifetime, the Government has committed to the extensions of free GP care to more children and to carers in receipt of the Carer’s Support Grant, alongside the removal of in-patient hospital charges for children.

The Government has outlined its commitment to the Sláintecare consultant contract and legislation for public-only work in public hospitals.

In order to accommodate the future healthcare requirements of an ageing population the Government has acknowledged the relationship between healthcare and housing. As such, it has undertaken to establish a Commission on Care.

The Government has outlined its plan to recruit additional staff across the health service, as well as increasing the number of public-only consultants in hospitals.

Building on the experience of deploying eHealth solutions in response to the Covid-19, the Government has committed to investment in ICT infrastructure as per Project Ireland 2040 and the eHealth strategy.

Through collaboration with the Dialogue Forum, the Government has committed to building a better working relationship with the voluntary health sector.

However, the Minister for Health’s specific policy priorities have not been explicitly outlined. Writing in the Sunday Business Post, over three-and-a-half years later, former HSE CEO Tony O’Brien has called for the Sláintecare plan to be revisited and replaced with an updated plan which reflects the current health challenges. “Without articulating a meaningful and updated plan, Donnelly can neither be true to his own critique nor convincingly own the health reform agenda on which his success as minister and his government’s standing depends,” he argues.

Now, with an extra €4 billion included in the health budget for 2021, an opportunity exists to simultaneously pursue the extraordinary health measures required to mitigate Covid-19 while introducing increased permanent capacity, enhancing access to primary care and ultimately implementing the Sláintecare vision. 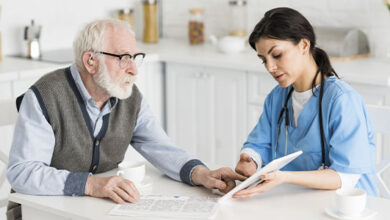 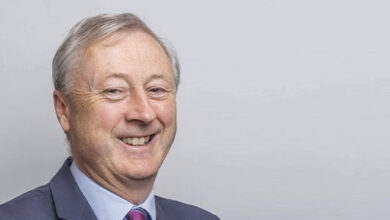 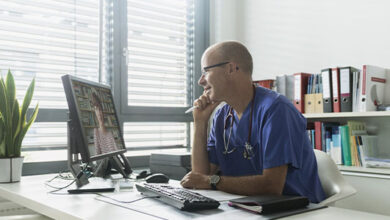 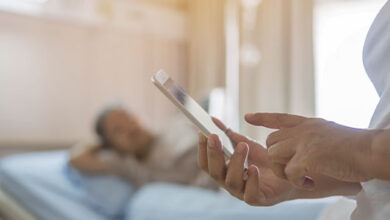