An innovative mobile health clinic is taking to Dublin’s streets at night to treat homeless people. Meadhbh Monahan speakes to Dr Austin O’Carroll, who set up the service.

“What gives them hope is the fact that there are people interested in them,” says Dr Austin O’Carroll, an inner-city GP who has set up a mobile health clinic for Dublin’s increasing homeless population.

Treating rough sleepers on Thursdays and female sex workers on Wednesdays, the staff on the mobile clinic don’t often come across hope; instead it’s about survival.

“Providing health services is all about survival. I don’t think you can really improve the health of homeless people until you get them into a house. Until then, what we are doing is about survival, trying to keep them alive until they get into accommodation,” O’Carroll explains.

The clinic is staffed by volunteer third and fourth year GP trainees and is supervised by volunteer senior doctors. Outreach workers from the Dublin Simon Community’s rough sleeper team, Chrysalis community drug project and the Order of Malta Ireland are partners in the venture.

Since he opened his Mountjoy medical practice in 1997, O’Carroll’s mission statement has been “to provide the highest quality care to our patients and to address the issue of health inequalities in our community, particularly with hard to reach groups.”

In light of the gap in provision for homeless people, he felt the need to create a specialised service that is adapted to the needs of the patient. The volunteers travel to hot-spots where homeless people are sleeping rough or female sex workers are present. The outreach workers are integral to the operation as they identify the hot-spots and invite people to approach the clinic, where the doctors are waiting to treat them.

In May 2007, O’Carroll set up Safetynet, a networking organisation for nurses, doctors and voluntary agencies providing primary health care to homeless people living in Dublin, Cork and Galway cities. Safetynet currently comprises doctors and nurses working in 13 Dublin-based, two Cork-based and one Galway-based homeless services. Its overall aim is to deliver the highest possible standards of health care to homeless people and provide a support mechanism for health professionals in the homeless sector who are often professionally isolated.

Safetynet’s primary care co-ordinator Janet Robinson tells eolas that the doctors on the mobile clinic use a harm reduction philosophy whereby they “adopt a non-judgmental approach to their work and will meet people where they are at.”

Robinson is keen to emphasis that the clinic does not advocate drug use.  “If someone is a problem drug user, the [GPs] will adopt a harm reduction approach with the ultimate aim of encouraging the patient into treatment for their drug problem.”

In addition, the outreach workers will try to refer the patients on to social services or drug, alcohol and health services.

Because these two groups are “extremely stigmatised”, they are isolated and are not used to being treated with “dignity and respect.” GPs often do not want to treat them in their surgeries as they can be disruptive. However the clinic is “very informal and there is a really nice atmosphere”, Robinson explains.

“If you provide people with a nice environment, they respond really well. They are used to doors being closed.”

The idea for the mobile clinic came to O’Carroll when a colleague from the Mater hospital called him to say he had a bus that was about to be scrapped and asked him if he wanted to use it.

The bus has been segregated into three sections: a waiting area with toilet, a spacious treatment room and a referral and harm reduction services area (where paper work and needle exchanges are carried out). It was donated by St John’s Ambulance.  The two main aims of the clinic were to fill a gap in service provision for homeless people and to change the attitudes of doctors treating this group. “We use GP trainees because they are a source of doctors who will work for us and it is often difficult to find doctors to work with homeless people,” O’Carroll says.

He was pleased to hear a group of GP trainees, who had worked on the mobile clinic, tell delegates at a training conference that they had acquired a negative stereotype of homeless people from their work in hospitals but this had been changed as they learned from the outreach workers that there is “a totally different way to deal with homeless people.” Therefore, O’Carroll feels that the mobile clinic is “ticking both boxes.”

The main health issues that the clinic has come across are drug and alcohol addiction. “Drug addiction and homelessness are interlinked,” O’Carroll states. “You can’t sort a drug addiction if a person is homeless and you can’t get a person out of homelessness if they are drug addicted.” Domestic violence, acute injuries, infections (often related to drug use), respiratory tract infections, people who want blood screening for HIV or hepatitis and general, blood pressure, cholesterol and mental health problems are also encountered by the team.

“Homeless people in general have higher rates of health problems everyone else has,” O’Carroll explains. In addition, “over 50 per cent have depression, 40 per cent have been treated for anxiety, one in 20 have HIV and one in three have Hepatitis B or C. They are quite a sick population.”

Reflecting on one success story, O’Carroll recalls a patient who came to him and was very drunk. The man told O’Carroll he was drinking all the time because he feared he had a particular health problem. O’Carroll discovered that the man did have that condition and began treating him for it. O’Carroll concludes: “At the moment he is in the Simon detox coming off alcohol. That’s a story of how you can give someone hope.” 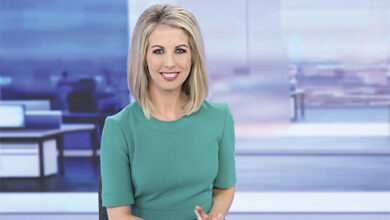