Political agreement was reached in December 2020 in the European Parliament and Council on the funding of the EU’s Just Transition Fund. All instruments related to cohesion policy have been approved, with final approval of legal texts pending.

The Just Transition Fund, which is central to the much-vaunted European Green Deal and is also the first pillar of the Just Transition Mechanism, is a €17.5 billion fund designed to ensure that Europe’s transition to a green economy is one that is fair and equitable to all involved. It “aims to alleviate the social and economic costs resulting from the transition towards a climate-neutral economy, through a wide range of activities directed mainly at diversifying the economic activity and helping people adapt in a changing labour market”.

The Fund’s budget is split between the Multiannual Financial Framework and NextGenerationEU, the former contributing €7.5 billion and the latter €10 billion. On the announcement of the political agreement having been reached, the European Commission announced the “main elements of the compromise” as: budgetary commitment for 2021-2023; voluntary transfers from the European Regional Development Fund and the European Social Fund+ to “top up” the fund allocation that should not exceed the support from the Fund by more than three times; the eligibility scope has been broadened to “address the social aspects of the transition”, especially creating and protecting jobs, and investments in sustainable mobility and district heating updates where deemed necessary; the exclusion of fossil fuel financing; the possibility of investment in large enterprises in “assisted areas” in compliance with state aid guidelines if they are needed to bridge job loss gaps; a review clause, allowing for the review of the Fund’s implementation by 30 June 2025; a reward mechanism linked to the reduction of greenhouse gas emissions; and a reinforced reference to the EU’s targets for energy and climate and to the implementation of the Paris Agreement.

Upon announcement of the agreement, Commissioner of Cohesion and Reforms, Elisa Ferreira said: “The green transition will only be successful if everyone benefits from it. The Just Transition Fund will actively support the changes leading to a thriving and socially fair climate-neutral economy. The Just Transition Fund is a crucial instrument for the delivery of the European Green Deal. It is also at the heart of the cohesion policy’s mission to make sure that no one is left behind while we progress towards a greener and more competitive Europe.”

Political agreement has also been reached between the Parliament, member states, Council and Commission on the next long-term budget for the EU and NextGenerationEU, a temporary instrument “designed to drive the recovery of Europe”. This agreement now means that legal adoption of the Multiannual Financial Framework and the ratification of the Own Resources Division is now the next step for the implementation of the various packages involved. It is said that the combination of the EU’s long-term budget and NextGenerationEU will be the largest stimulus package ever financed through the EU budget. €1.8 trillion will be pledged to “rebuild a post-Covid-19 Europe” that will be “greener, more digital and more resilient”.

In order to unblock the funding available, member states will have to prepare and present a Territorial Just Transition Plan that identifies eligible territories expected to be the “most negatively impacted” by the transition; the preparation of these plans is said to be a key condition for the implementation of the Fund’s resources. Member states will prepare the plans with the relevant internal partners and the Commission to ensure that Territorial Just Transition Plans align with the smart specialisation strategies within the National Energy and Climate Plans.

“The PBO document states that the midlands region will be ‘particularly affected by climate mitigation policies and decarbonising of the local economy’ due to the ‘significant presence’ of Bord na Móna in the area. Phasing out of peat for electricity generation and home heating use will ‘generate a significant challenge to the local labour market, particularly for the employees of Bord na Móna and the businesses that support it’.”

An overview of how the Just Transition Fund will operate in Ireland by the Parliamentary Budget Office (PBO) says that the Fund “will help regions that face significant difficulties in the local labour market from the phasing out of peat and coal for electricity generation and will assist those regions in the transition to a low carbon emissions economy”. Of the €17.5 billion to be distributed across Europe, Ireland will receive “up to” €77 million, or 0.4 per cent of the Fund overall.

The allocation of funds across member states is determined through economic indicators (greenhouse gas emissions of industrial facilities in regions where carbon intensity of emissions exceeds the EU average, production of peat or oil shale) and social indicators (level of employment in the mining of coal and lignite and the level of employment in industry in the regions where the carbon intensity of emissions exceeds the EU average). Both sets of indicators account for half of the criteria each, but GNI per capita of member states and the distance of said GNI from the EU average is also factored in to “provide appropriate level of funding for the least developed member states”.

Of the 27 member states, only Malta (€21 million, 0.1 per cent) and Luxembourg (€8 million, 0.05 per cent) will receive lower amounts than Ireland. Poland, where coal generates roughly three quarters of electricity and employs about 100,000 people, will receive 20 per cent of the overall fund, the largest share of any member state, amounting to €3.5 billion. Germany will receive the second largest share, totalling €2.254 billion or 12.9 per cent.

The PBO document states that the midlands region will be “particularly affected by climate mitigation policies and decarbonising of the local economy” due to the “significant presence” of Bord na Móna in the area. Phasing out of peat for electricity generation and home heating use will “generate a significant challenge to the local labour market, particularly for the employees of Bord na Móna and the businesses that support it”.

The PBO notes the criticism of the EU’s fund by Brussels think tank Bruegel, who have pointed out that it is “limited for the ambitions of the objectives of dramatically repositioning and repurposing many regions and sectors across Europe”, with a “refocus on social support for the local populations in the transitioning regions, including reskilling and upskilling projects aligned with the needs of the local labour market” recommended. The short lifespan of NextGenerationEU funding has also been criticised, with the initiative only running from 2021 to 2024. 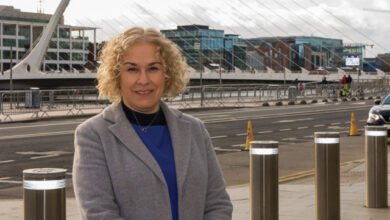