The geopolitical disruption heralded firstly by Brexit and secondly by Covid-19 has altered the power dynamics within the EU. Brigid Laffan explores EU coalitions and cleavages in this new era.

The UK left the EU on the 31 of January 2020, the first member state to do so. This transformed the Union of 28 into a Union of 27 and removed a significant country that had played a central role in the dynamic of integration for almost 50 years. The UK exit was followed immediately by the spread of the Covid-19 pandemic across Europe, confronting the member states with a major public health crisis and the need to freeze the European economy. Covid-19 served to overshadow Brexit, although the negotiations on the future relationship are continuing albeit at a slow pace.

The transformation of the UK into a third country altered power and coalition dynamics within the EU. It robbed the smaller northern European states, including Ireland, of a longstanding likeminded country on many although not all issues. For Denmark and Sweden, the loss was particularly acute as it removed a prominent non-Euro state. For Ireland, Finland, Belgium and the Netherlands it represented the loss of a liberal pro-trade member state.

The loss of a large state impacted also on the power balances across the larger member states. It reinforces the centrality of Germany and France as the pivotal states in the Union. As we will see from the response to Covid-19, it has had the effect of giving more prominence to Italy and to a lesser extent Spain. Poland which could position itself as part of a Warsaw-Berlin-Paris axis has lost out due to the decline in its reputation on the protection of the rule of law and judicial institutions.

Prior to the Covid-19 crisis, the Union was divided east-west and north-south on some big issues. the two big east-west issues were migration and the rule of law. In 2015, during the refugee crisis, many of the countries of east-central Europe were unwilling to burden share when it came to the distribution of refugees. This remains the case. Tensions have been greatly exacerbated by the deliberate acts of Hungary and Poland in particular, relating to democratic checks and balances and the rule of law. Both these countries have been taken to the European Court of Justice for breaches of key EU values and norms. There are also major governance issues in Bulgaria.

The north-south cleavage is a legacy of the Eurozone crisis during which the Mediterranean states, in addition to Ireland, were most badly affected and experienced the slowest recovery. The migration crisis, the burden of which falls disproportionately on the countries of the Mediterranean, adds to a sense in these member states of being left behind. The arrival of the pandemic did nothing to dilute this grievance as Italy was the epicentre of the outbreak when it arrived in Europe.

Having struggled to address the pandemic in March 2020, the EU began to build collective capacity from April onwards. The most significant outcome was agreement on a series of measures to assist the economic recovery. One cannot understate the importance of a collective EU response to the recovery. Covid-19 was a symmetric shock that arrived from outside Europe, but the member states did not have equal financial power to keep their health and welfare systems going. The historic legacy of high debt in some countries, especially Italy, could lead to a disruption of Europe’s financial markets and hence a destabilisation of the Euro.

In March, nine countries co-signed a letter supporting the introduction of common debt to address the costs associated with Covid-19. The nine countries were France, Italy, Spain along with Belgium, Luxembourg, Ireland, Portugal, Greece and Slovenia. This was a major shift in coalition dynamics. First, France was willing to support a preference that was uncomfortable for Germany to say the least. Second, Ireland was willing to reposition itself away from the Hanseatic League which was dominated by the Netherlands. Third, a central European state, Slovenia, was willing to adopt a bold policy position. Although this initiative did not come to fruition, it created the political space for movement by other states and assured the Mediterranean states that they were not on their own. 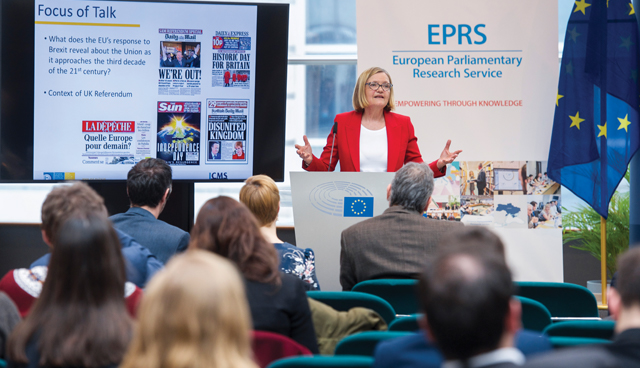 “Nor would it have been wise for Ireland, for long a net beneficiary of budgetary largess, to lack solidarity with the hardest hit states.”

By May 2020, Chancellor Merkel led a major shift in German policy and together with France proposed a €500 billion recovery package. The importance of this shift cannot be overstated. It marked the first major Franco-German initiative for almost a decade and signalled that Germany was prepared to do what was necessary for the future of the Union. President Macron had been trying to persuade Berlin that such a bold step was necessary.

Between May and July, the 27 had to collectively agree to the shape and size of the Recovery Fund and the Multi Annual Financial Framework (MFF) for the next seven years. The negotiations were tough and tortuous as four smaller northern European states, the Netherlands, Austria, Denmark and Sweden, sometimes joined by Finland, battled to reduce the size of the Fund and the balance between grants and loans.

Although opposed to the strategy, these states known as the ‘frugal four’ were unwilling to veto the proposals. It is impossible to know what would have happened in these negotiations if the UK was still a member state. It is my view that this was the first major EU negotiations that benefited from the absence of the UK, which given its past record on budgetary negotiations would have used the veto. This would have forced the member states to adopt an instrument outside the formal treaties.

Ireland’s position in these negotiations is very interesting and smart. If Ireland positioned itself with the Hanseatic league on this, Finance Minister Paschal Donohoe would not have won the vote on the presidency of the Eurogroup. Nor would it have been wise for Ireland, for long a net beneficiary of budgetary largess, to lack solidarity with the hardest hit states. Ireland is well place to adopt a strategy of multiple coalitions with its partners depending on the issue in question rather than binding itself closely to any one group.