Ahead of the centenary of the establishment of the Debates Office, Ciarán Galway sits down with Houses of the Oireachtas Service’s Editor of Debates, Anne Maxwell, to discuss historical context, structure, and functions.

“As Head of the Debates Office in the Houses of the Oireachtas Service, my first priority is operational,” Maxwell states, explaining: “That means the timely production and publication of an accurate and impartial official report of parliamentary proceedings across the Dáil, the Seanad and committees. And making sure that I have the resources to do that.”

Today, the Debates Office is one of the business units of the Parliamentary Services Division in the Oireachtas, headed up by the Assistant Secretary and Clerk Assistant of the Dáil, Elaine Gunn. The Debates Office team comprises Maxwell as Editor of Debates, three deputy editors and seven assistant editors, alongside a team of parliamentary reporters.

While the Official Report dates to the sitting of the first Dáil in the Mansion House on 21 January 1919, the Debates Office was not established until 1922. That year, Clerk of the Dáil Colm Ó Murchadha asked press reporter and 1916 veteran Michael Knightly to informally recruit staff who would produce the Official Report of the Dáíl. A team of eight erstwhile newspaper journalists was established, with Knightly appointed the first Editor of Debates, a post he held for 33 years until 1955, leaving aside time spent as Chief Press Censor during The Emergency.

“The members of that team Knightly established in 1922 were the first staff of the Debates Office,” Maxwell says, adding: “It has been in existence ever since. Fundamentally, it is fulfilling the same core role since its establishment. That is producing a substantially verbatim report of parliamentary proceedings.”

For the first 70 years after the sitting of the first Dáil, the Official Report was produced using relatively rudimentary tools such as pens, pencils, notebooks and manual typewriters. During that time, parliamentary reporters recorded debates using shorthand.

“It is a principle of parliamentary democracies that the proceedings of parliament are held in public and that a record is published.”

“Shorthand is a skill that is increasingly rare today, but it allowed competent practitioners like parliamentary reporters to write at speeds of between 180 and 190 words a minute, which was fast enough to record most people’s speeches. That’s the way the Official Report was produced by the team for about 70 years,” the Editor of Debates explains.

However, during the 1980s, several competitions for parliamentary reporters failed to find reporters with sufficient speed in shorthand. “A major decision was taken – I recall it, I was here at the time – to move away from seeking shorthand reporters in favour of recruiting transcribers. In other words, the debates would be recorded by tape recorder. Since then, all recruits are graduates drawn from a wide range of backgrounds and disciplines,” Maxwell remarks.

Over the last century, nine people followed in Knightly’s footsteps as Editor of Debates, four of whom have been women, including Maxwell. The first female parliamentary reporters were hired in 1932, 12 years before a female Hansard reporter was hired in the UK.

“Another development that increased the gender balance in the Debates Office took place in the 1960s when the section was assigned its own typists. The reporters then dictated to audio typists, all of whom were female. Again, when the Marriage Ban was lifted in 1973, that saw more female reporters coming onto the team. Then in 1986, Patricia Tierney became the first female Editor of Debates,” Maxwell explains.

“Today, the gender balance of the team is roughly half-and-half, but it can fluctuate either way following competitions. Competitions to recruit parliamentary reporters are held every four or five years. We happen to have a lot of people who have retired in the past year and so we held a competition in 2020, in the middle of the pandemic. That was quite challenging, to say the least, because we had to move from holding a physical competition, where candidates sit in a room and complete the Irish and English test, to an online competition.”

While the work of the Debates Office has increased significantly over the decades, it still fulfils the core role of producing and publishing the Official Report of parliamentary proceedings in the Oireachtas.

The Official Report is not a strictly word-for-word account of parliamentary proceedings, rather it is substantially verbatim. As such, Debates Office staff lightly edit speeches, making them easier to read without changing meaning. This involves correcting obvious errors, checking grammar and syntax and removing false starts and verbal redundancies.

This enables citizens to read commentary on various topics discussed in the Oireachtas and assist members when scrutinising bills and considering policy matters. Likewise, it is utilised by the judiciary as an aid to understanding the intent of legislation, whereby it can refer to the Official Report to examine its context.

The Official Report includes debates, statements, answers to oral questions, leaders’ questions, votes and evidence given in committee meetings, all of which can now be read by members of the public on the Oireachtas website. 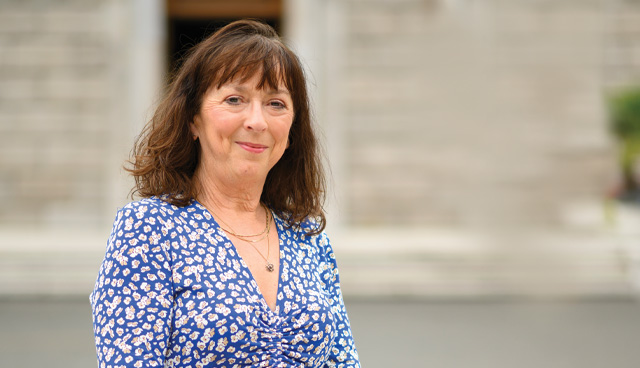 Over the years, the bound volumes have accumulated into a substantial historical archive. The bound volumes, covering a vast range of topics that members have discussed, are now available online. They also reflect the changing concerns for the Irish people throughout the decades. As such, as well as being consulted by Members and the public, it is read by historians, journalists, researchers and academics.

On 3 November 2020, the 1,000th bound volume of the Dáil was published. On that day, the Leas-Cheann Comhairle and the Taoiseach referenced this milestone during the sitting, giving particular emphasis to the official role that the report plays in Ireland’s democracy.

Furthermore, the Editor of Debates emphasises the importance of written answers provided by ministers to parliamentary questions as a tool for deputies, as they perform their task of holding government to account. “They have increased hugely in number in the past number of years and constitute a significant portion of the Official Report,” she says.

“In 2016, there were 44,942 written answers for the entire year. That had already increased significantly from five or 10 years previously. This year, from January to June, there have been 31,873 written answers. That’s a total of 15,527 pages of debate. They are processed and published every sitting day by the team.

“Just to make a comparison, from January to June of 2021, there were 6,365 pages of the Dáil Official Report published, 3,033 pages of the Seanad Official Report and 7,375 pages of committees. So, the written answers account for almost as many pages as the two Houses and the committees together for the first six months of this year. It’s a huge volume of work carried out by the team.”

The 1990s marked the beginning of the transformation of how the Official Report was made available to citizens and Oireachtas Members. This transpired through the development of an Oireachtas website and increased use of information technology to produce the Official Report and publish it online. By 1998, all Dáil and Seanad debates, as well the public committee proceedings were published online.

Remarking on what was “a great achievement at the time led by the then Editor of Debates, Liam Fitzgibbon,” Maxwell reflects on the major project to digitise the entire Official Report of the Oireachtas that was embarked upon in 2001.

“The Oireachtas became one of the first national parliaments in the English-speaking world to make the record of all parliamentary proceedings available online, current and historical. That was a huge achievement led by the then Editor of Debates, Liam Fitzgibbon. I was here at the time and was involved in parts of the project,” she says.

Following this, the demand for paper copies of the daily debates dwindled. A decision was then made to stop producing the paper copies each day and instead the debates were published on the website on a rolling basis.

In 2020, the Covid-19 pandemic triggered further evolution for which the Debates Office had not planned. During this time, a key challenge was ensuring the Office staff were facilitated to work remotely with the required technology. It was something that had never been done before.

“The onset of the Covid pandemic in March 2020 was a really challenging time for us. We had to act very quickly in order to provide an uninterrupted service to Members and the public. The Debates Office team had never worked remotely. It required much collaborative working and moving swiftly to adopt technological solutions. The staff showed tremendous goodwill and adaptability,” Maxwell acknowledges.

“It was an extremely challenging time for us all, but our ICT colleagues pulled out all the stops. At the very early stages of the pandemic, the Special Committee on Covid-19 Response was set up and we had to get our ducks in a row quickly to remotely produce that on a same-day basis. There was a high level of interest in that report, and we did that very successfully.

“We are now successfully producing and publishing the Official Report from all corners of the island – including the offshore islands – and to the same deadlines as when the team was in Leinster House. A small number of staff come in to the office on a weekly basis to log proceedings in the chambers to pick up on arguments and interruptions. Those log sheets are then distributed among colleagues who are working remotely, and they use the corresponding sound files to transcribe the debates. The editorial team do the same, they remotely edit and publish the debates incrementally throughout the day.”

Looking to the future, advances in technology will continue to impact how the Debates Office produces the Official Report. The Houses of the Oireachtas Service is three years into a digital transformation journey. Innovation in voice-to-text technology will provide new opportunities to align text to speech, as well as linking the debates to bills, motions and other important documents.

In 2018, the Debates Office carried out a successful pilot on voice-to-text technology from the chamber to the screen. “It was very successful, and we continue to explore that under the digital transformation programme with a view to producing the report in that way in the near future,” the Editor notes. However, regardless of advancements, a skilled team will still be required to produce the substantially verbatim report.

“While we produce a report today that would be instantly recognised by the original team that Michael Knightly established in 1922, today’s team works in a much-changed environment that could not have been imagined at that time,” Maxwell says, concluding: “At the same time, I believe that the core of the job – making the work of the Oireachtas and what happens in the chambers and committee rooms easily accessible and understandable to the people it serves – will remain the same.

A native of Ballinamore, County Leitrim, politics graduate Anne Maxwell’s career in Leinster House began in the 1980s following a short stint spent working in the then Department of Industry and Commerce. Starting off as an audio typist in the Houses of the Oireachtas Service, she ascended through the ranks as a parliamentary reporter, an assistant editor, a deputy editor and, ultimately, Editor of Debates. Outside of work Maxwell is a keen cyclist, hill walker and painter. 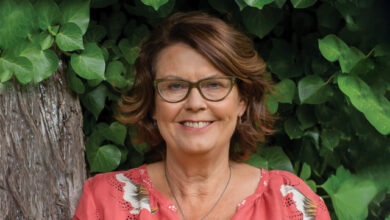