The value of trade across the island of Ireland has risen by over 57 per cent since the UK left the European Union at the end of 2020.

The value of combined import and exports between north and south were almost six times greater in the first five months of 2021, compared to the same period last year.

Brexit and checks on goods travelling from Great Britain to Ireland, north and south, since the introduction of the Northern Ireland Protocol in January 2021, have been attributed to the drastic rise in the levels of exports and imports this year.

The surge in cross-border trade was described by the UK’s Brexit Minister David Frost as representing the “problem” of the Northern Ireland Protocol. 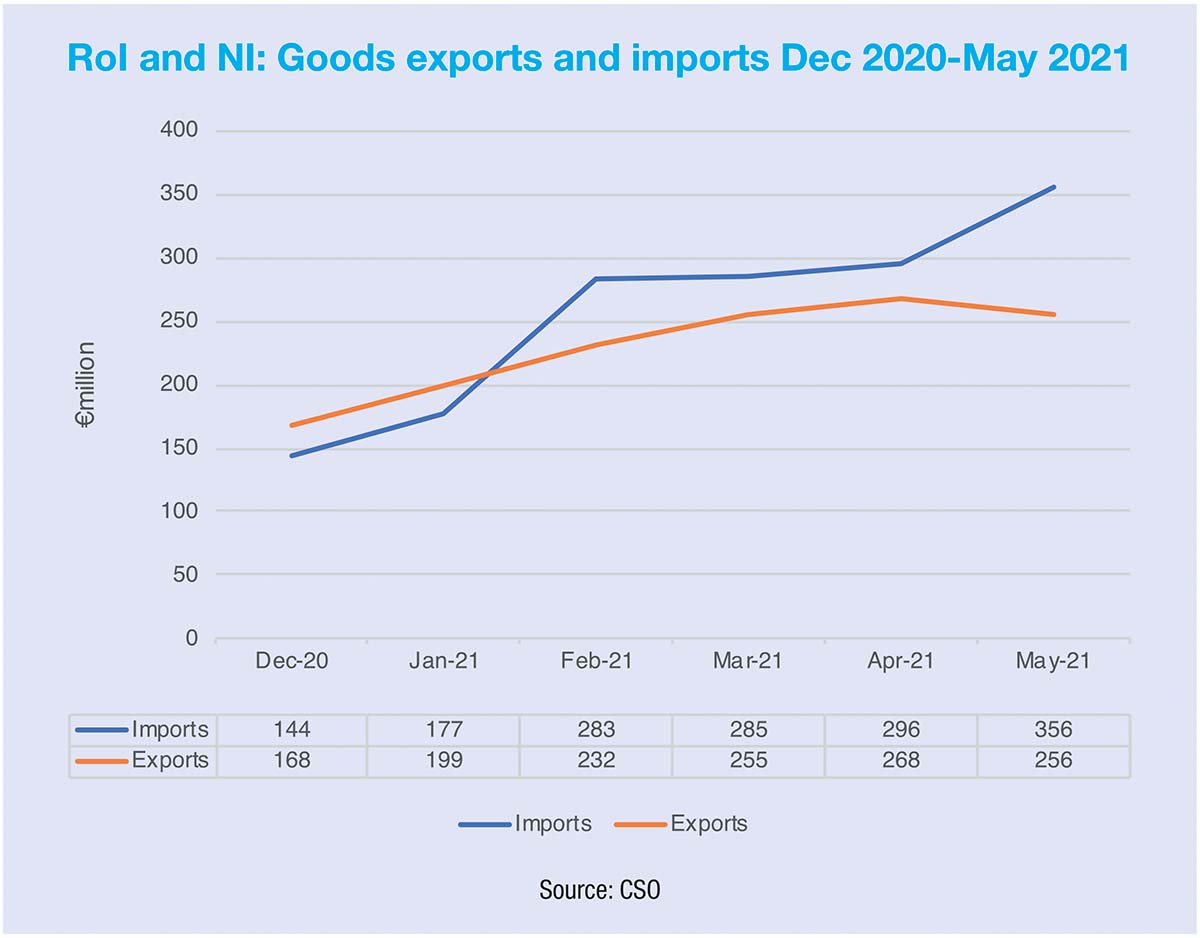 Frost claimed the rise as evidence that Northern Ireland businesses could not use their “first choice” suppliers and told a House of Lords committee that it did not make sense for the UK Government to “encourage more of that development”.

The trend of rising cross border trade looks set to continue given the steady month on month increase in both imports and exports between north and south in 2021. Figures from the CSO show that the value of goods travelling from Northern Ireland to the Republic of Ireland has increased every month of 2021 up until May, rising from €144 million in December 2020, the month before the Northern Ireland Protocol came into effect, to €356 million in May 2021. 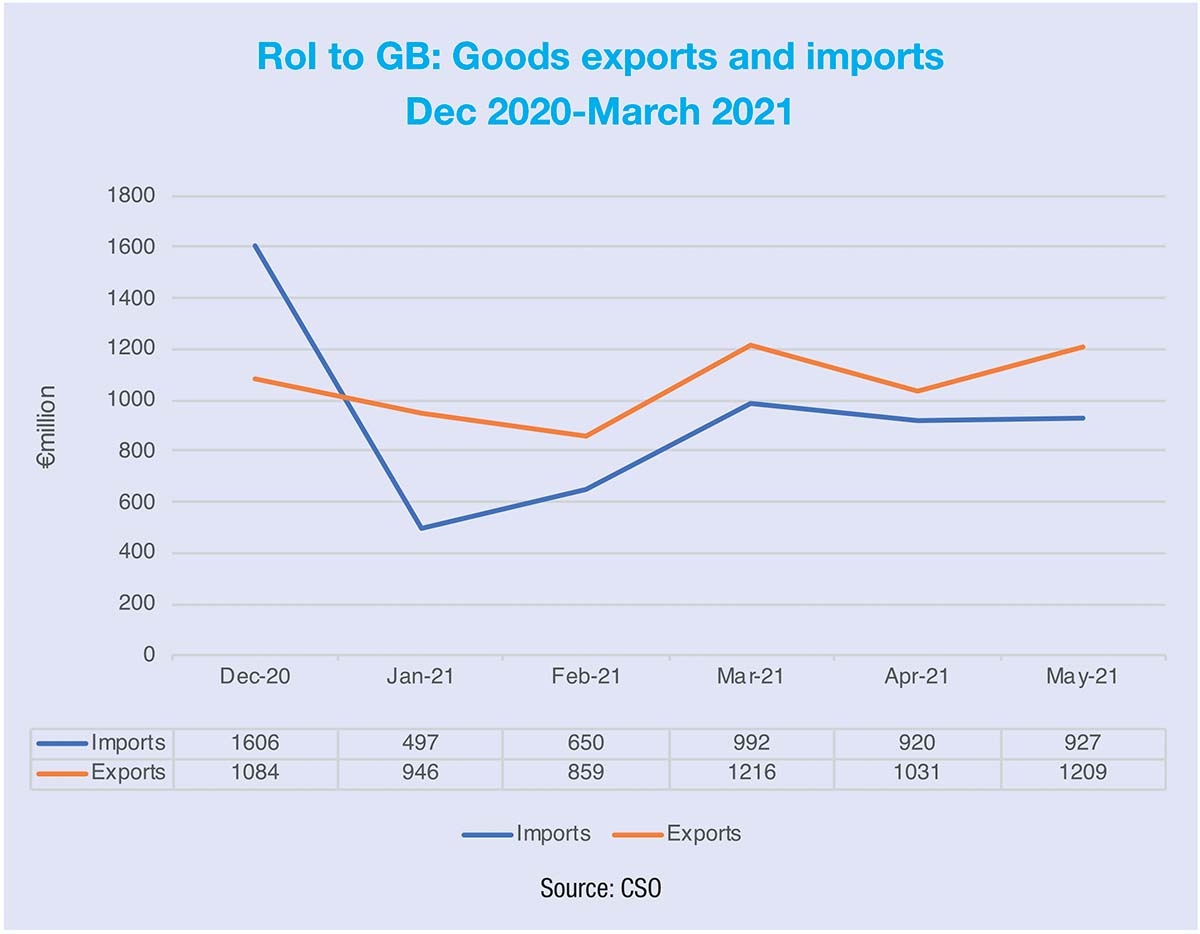 Giulia Ní Dhulchaointigh said: “We know from the HMRC survey of businesses that nearly every business here [in Northern Ireland] has heard about the Trader Support Service (TSS) and are registered for it if they need it. In Great Britain, those figures are much lower. There simply is not the awareness that we would like to see there.

“There are a lot of different things in the mix, such as pressures that Great Britain businesses face with trade with the EU, but we definitely feel that there is a need for greater communication to those businesses.”