Beverley Smith, Academy Facilitator and Head of Digital Faculty for the UK Government’s Government Digital Services (GDS), explains the process by which the UK Government founded its digital learning academy and the teaching strategy implemented thereafter.

“In the UK, we have a Government Transformation Strategy, created in 2017, that outlines the scope and objectives for the UK Government up to 2020,” Smith explains. “It is about transforming the relationship between the citizen and state by exploiting digital to build and deliver services. The way the UK did this was to create Government Digital Services GDS over seven years ago. Our flagship operation is the gov.uk website. gov.uk has been copied because it is open code and the GDS model of having this area of expertise has been copied as well.”

The digital strategy carried out by the UK Government comes with five objectives:

4. make better use of data; and

“We fall under number two, developing the right skills and culture among our people and leaders,” Smith says.

“The big word in there is ‘culture’ because it’s not all about following different processes, it’s working in a different way and creating a new culture for people to work in. The academy is part of the way the Government are addressing this in the UK. It’s not the only solution, we still have things like Civil Service Learning that we can go to, or job shadowing and on the job training. The GDS Academy is one arm.

“When the digital specialists started coming into Government around 2012, the thought was that we could upskill all these great civil servants to do some of the digital, data and technology (DDAT) roles. The UK Government decided to embed digital skills throughout government, make sure that digital experts who come in actually understand government, make sure that civil servants of other professions understand digital, strengthen the leadership skills of agile project management and establish a better way to develop policy and deliver services in tandem.”

The history of the GDS Academy begins in 2014, and it has delivered to over 10,000 students. It was created in the Department for Work and Pensions (DWP), which wanted to build its own internal digital capability. The academy was set up with the idea to grow digitally equipped talent internally. The DWP digital academy started in a job centre in Fulham, London, with an eight-week foundation course in digital learning.

“We got lots of feedback, most crucially that eight weeks is too long and too difficult for those trying to scale up,” Smith says. “If you’re running an organisation, you probably can’t let a member of your team go for eight weeks. We cut down some face to face content and changed the way we delivered some of the training. The course is now 10 working days and we still feel we capture the essence of digital and cover everything necessary. We were delivering this foundation course in London and Leeds and also started running one-day awareness courses. It became obvious there was a need for courses for training teams and leaders who want to work in this way. People in other departments started hearing about the academy and expressing interest in sending some of their teams to these courses.”

The academy won the Civil Service Building Capability and Skills Award 2015. When Kevin Cunnington, to that point the Business Transformation Director, left DWP for Cabinet Office in 2017, the academy was transformed into a cross-government academy, which now also helps local government and has helped other international governments set up their own academies.

“All our offerings are currently in the classroom. We’re exploring other mediums, piloting online self-managed blended learning, putting some of our offerings online. Our unique selling point is the fact that we’re talking about working in an agile way from a government perspective,” Smith explains. “At the moment, most of our offerings are in the digital part of DDAT but we will start to move into areas such as data and technology. We also offer coaching in organisations after their training and have previously delivered academic masterclasses.

“What makes it different is that it’s not all about sitting at desks and being told how to do things and working through a workbook. It’s experiential learning where we try things out for ourselves. We do this usually in groups of about 15 people. We have to create a very safe environment where people are able to relax and try things without fear of repercussions. They have a go, fail fast and try a different way. This is learning by doing and it’s all about consolidating very quickly on something you’ve learned. We encourage everybody to leave their grades at the door, which is important so that everybody can work on the same level.”

With 10 facilitators across four hubs in London, Leeds, Manchester and Newcastle, Smith says that the academy is constantly iterating content, gathering feedback and evaluations in order to tailor their offerings to the changing needs of the students. “We have short feedback loops, so we quite often change courses from week to week. That helps our users to make sure they’re getting the best possible, but it also keeps our facilitators on top of their game,” she says.

The academy also covers digital in government, user centred design and other digital tools. Their “bread and butter” are courses aimed at different levels of capability, with the strategic aim of building expert capability in the DDAT professions and their leaders and appropriate expertise in the ways of working with digital for non-DDAT leaders.

They are aided in their work by the DDAT Profession Capability Framework, which identifies 37 roles in government, working in a digital way. There are an estimated 17,000 civil servants in the UK working in DDAT roles. The framework splits down the roles and details requirements, skills needed, possible career paths, courses that can be undertaken and information needed in order to swap roles in the course of a career.

“You don’t get any qualifications or certificates when you’ve been on one of our courses. They have recently all been revamped and we will be looking into official accreditation in the future. Senior leaders are telling us that they don’t have three days to go on a course, so we are working on a one-day model for them. We run many day long awareness events because we get some attendees who come along on these courses fully expecting digital to mean they will be upskilled in IT skills like Excel — there is still a real need for general awareness” Smith concludes. 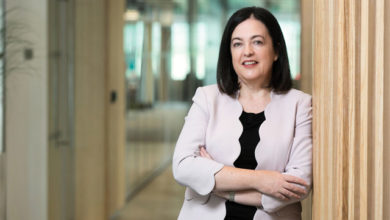