Budget 2021 established a sense of cohesion between the government parties, as personified by the constructive working relationship between Minister for Finance Paschal Donohoe TD and Minister for Public Expenditure and Reform Michael McGrath TD. Amid the Covid-19 pandemic and under the shadow of a no deal Brexit, the overarching challenge for government is to ensure the adequate protection of public health while promoting economic recovery.

We now live in a time of profound uncertainty. In his Budget 2021 speech, Minister for Finance Paschal Donohoe TD identified the potential for a hard Brexit as the main challenge currently facing Ireland. Such a scenario is aggravated by the worst pandemic in a century. Budget 2021 is an attempt to balance these immediate threats with the Government’s key housing, health and climate action objectives.

It is predicated on the dual assumption that there will be no EU-UK free trade agreement and that a widely available Covid-19 vaccine will not materialise in 2021. The level of economic activity experienced in 2019 is not expected to return until 2022 at earliest.

The Government’s response has three distinct elements. The first is to rapidly build up healthcare capacity; the second is to protect household incomes; and the third is to support employment.

With strong economic and employment growth, the Irish economy was relatively buoyant prior to the onset of the Covid-19 pandemic which has resulted in severe economic changes. For instance, between Q4 2019 and in Q2 2020, GDP fell by 8 per cent. More dramatic though, in Q2 2020, the Covid-19-adjusted unemployment rate was 27 per cent.

The volatility of external geo-political and public health headwinds means that it is difficult to predict tax revenue or to cost revenue and spending policies with accuracy. As such, Budget 2021 does not contain economic or fiscal forecasts for 2022 and beyond.

The total budgetary package is approximately €17.75 billion, which equates to over €17 billion in expenditure and €270 million in taxation (approximately 1.5 per cent of the total package). It is the largest budget in the history of the State.

In presenting the Budget, ministers Donohoe and McGrath have exhibited a level of cohesion hitherto missing from the tri-party coalition government. In classic Keynesian fashion, the State is now borrowing and investing huge sums of money in the absence of large swathes of private sector economic activity.

“Today’s Budget is the largest in the history of the State. This is, without question, the appropriate response and the Government remains steadfast in its determination to provide as much economic certainty as possible to allow households and businesses to plan for the future,” the Finance Minister maintains.

Voted spending for 2020 is now in excess of €87 billion or €16.75 billion more than provided for in the Revised Estimates for the Public Services 2020. This is intended to support initiatives to ensure the delivery of key public services in the context of the pandemic.

Subject to Dáil approval, the Budget 2021 Expenditure Report outlines a €0.7 billion or 0.9 per cent increase on gross voted spending for 2021, up to €87.8 billion from €87.1 billion in 2020. Between 2020 and 2021, the difference in allocations is difficult to determine due to estimates which have not been brought before the Dáil, funding that remains unallocated by departments and Covid-19 or Brexit specific spending.

Education:
Over €8 billion of current expenditure and an additional €0.7 billion in capital funding will be allocated to education in 2021. In total, Budget 2021 will provide:

Social protection:
Department of Social Protection spending will increase by 3.5 per cent to an allocation totalling €25 billion in 2021, comprising almost €22 billion in core expenditure and over €3 billion of income and employment supports. Alongside this, an additional figure is being held in the Contingency Reserve. This allocation reflects the July Stimulus in relation to the Pandemic Unemployment Payment and the Employment Wage Subsidy Scheme and a projected unemployment rate of 10.7 per cent in 2021.

Through Budget 2021, the Government has prioritised spending in health, education, social protection and further and higher education. This is reflected in a €6.4 billion allocation across various departments, while €2.1 billion will be held in a Contingency Reserve.

Health is the single greatest priority for Budget 2021. The Budget seeks to address capacity issues within the health service with the allocation of over €22 billion. “In 2021, I am making available an unprecedented extra €4 billion for our health service. These resources will provide capacity for 100,000 tests a week, supply PPE where needed and continue into 2021 all of the necessary Covid-19 Action Plan measures which have been put in place since March,” Minister McGrath outlined.

In housing, current expenditure allocation will increase by 10.5 per cent. The Department of Housing, Local Government and Heritage will be provided with a record €5.2 billion in 2021, an increase of €773 million on 2020.

The Finance Minister extended the Help to Buy scheme (at 10 per cent of the value of the property or €30,000) to the end of 2021. Likewise, the Stamp Duty Residential Development Refund Scheme was extended to projects initiated before 31 December 2022 and the time between commencement and completion was also extended from two years to two-and-a-half years.

Beyond these priorities and across the rest of government, there is an average of 4 per cent growth. Core capital investment will increase by €1.6 billion (19 per cent) to €9.7 billion.

The Recovery Fund will be used to support businesses and workers given the economic headwinds posed by Covid-19 and Brexit. According to the Expenditure Report, “this fund will be used to support our economy over the coming year and will be allocated to specific revenue or expenditure measures that can be most effective at that particular time”. Simultaneously, departmental estimates include around €350 million for Brexit preparations.

Delivering his financial statement, Minister for Public Expenditure and Reform Michael McGrath emphasises: “We are determined to deliver on Programme for Government commitments – implementing Sláintecare, building more houses, greening our economy, and supporting labour market activation and training. Delivering across all of these areas requires an unparalleled response from government. Therefore, I am committing to a budget in 2021 that will see public expenditure increase by €17.4 billion over and above the planned expenditure for 2020 pre-Covid.”

Roughly, the €17.4 billion expenditure allocations are apportioned as follows:

At €10.1 billion, the Budget includes the largest ever allocation of Exchequer resources for capital projects. These include:

Simultaneously, the Covid-19 supports are intended to:

Despite the pandemic, Exchequer receipts have exhibited extraordinary resilience in 2020. In fact, Ireland’s high concentration of foreign-owned multinational corporations has meant that corporation tax receipts have exceeded 2019 by €1.4 billion. Likewise, income tax has remained robust. Non-tax revenue, including a €1.5 billion transfer from the Rainy-day Fund and a €2 billion payment from NAMA have also boosted the Exchequer balance.

Overall, at €56.7 billion, tax revenue is projected to be 14.4 per cent higher in 2020 that originally anticipated in the Stability Programme Update (SPU) in April 2020. Indeed, a summer rebound in the economy has gone some way to improving the projections contained with the SPU, closing the deficit by €10 billion.

However, the continued overperformance of corporation tax receipts highlights a number of risks. Firstly, as acknowledged in the Budget 2021 Economic and Fiscal Outlook, while Ireland’s foreign-owned export portfolio contributes domestically via the wage bill, it masks the challenge experienced by domestic economic activity. The increased income from strong export performance in 2020 mostly accrues to non-residents and so a relatively minor decrease is GDP is misleading. Secondly, the Exchequer’s reliance on corporation tax and the concentration of tax generally is “a key systemic risk to the public finances” according to the Parliamentary Budget Office. Thirdly, the unpredictability of corporation tax as a source of income means that its performance is not assured.

Nevertheless, as per the Programme for Government, Budget 2021 did not contain any major tax changes. “I am not making any broad changes to income tax credits or bands at this time. Our resources must be focused on saving jobs and on protecting our health,” the Finance Minister outlined.

However, there were some minor tax policy changes. These include:

As per the Climate Action and Low Carbon Development (Amendment) Bill 2020, carbon tax will be increased by €7.50 from €26 to €33.50 per tonne of carbon dioxide. This revenue generating measure is expected to yield €108 million in 2021.

The other revenue raising feature of Budget 2021 was the increase to the tobacco products tax. The Minimum Excise Duty will increase by €0.50 per pack of 20 cigarettes alongside a pro-rata increase on other tobacco products. This is projected to yield an additional €57 million in 2021.

Overall, the net revenue loss as a result of the tax policy changes contained within Budget 2021 is projected to total around €231 million across the full year.
Fiscal position and government debt

“This will require decisions in the future about how we reduce our deficit; about our levels of spending and taxation,” Minister Donohoe stated.

With potential for a prolonged economic downturn, high levels of public debt may constrain fiscal policy. To reduce the likelihood of fiscal crisis, fiscal policy will, in time, need to recalibrate, reducing the deficit to a sustainable level. In the meantime, it seems likely that large deficits will remain a feature of the budgetary landscape for some time.

Ibec CEO Danny McCoy welcomed Budget 2021’s capital expenditure commitments. “Ibec has been calling for government to learn from the mistakes of the past and to not decrease our capital expenditure commitments. Today’s announcement of a planned increase in capital spending is a positive move given the scale of the deficit in both social and physical infrastructure. This investment will be central to our collective efforts in enabling the economy to resurge more competitively and sustainably,” he said.

Meanwhile, ICTU General Secretary Patricia King greeted the Budget, stating: “Budget 2021 should ensure that workers and their families’ incomes and wages are protected. The Government should move to reform social insurance and should move to transition the Employee Wage Subsidy Scheme into a permanently established short-term work scheme… Finally, the Government needs to commit to reintroducing the previous package of economic supports if the country has to go back into lockdown.”

In the Dáil, Sinn Féin’s Pearse Doherty TD Finance Opposition Spokesperson asserted: “While no one could have predicted this pandemic, our public services were ill-equipped and under-resourced after decades of neglect under Fianna Fáil and Fine Gael. That neglect has left our hospitals, healthcare workers and patients vulnerable. This Government has failed to address that neglect and failed to step up to the challenge. It has failed to deliver on the ambition and new direction that is needed. It has fallen back on the tired, failed policies of the past. This is not the budget that Sinn Féin would have delivered.” 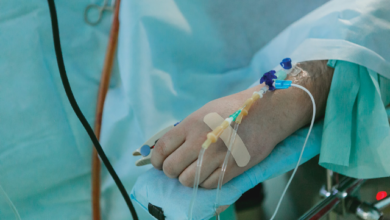 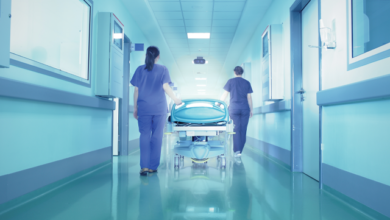 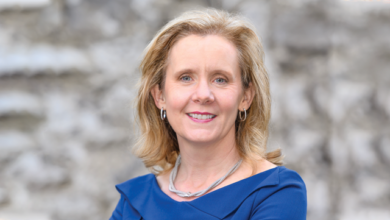