Several authors of the ‘Brexit and the NHS, UK in a Changing Europe Report’ published in March, Mark Flear and Katy Hayward of Queen’s University Belfast and Tamara Hervey, University of Sheffield, outline some of the complexities the UK withdrawal from the EU raises for existing cross-border integration of healthcare.

Despite the different health systems in Northern Ireland and the Republic of Ireland, cross-border integration is clearly evident in healthcare.

The circulation of health-related goods and services, health professionals and patients, and the sharing of some facilities and funding across the Irish border will be challenged by Brexit. For example, unhindered by border checks and supported by reciprocal arrangements between healthcare providers in Northern Ireland and the Republic, an ambulance can currently travel to wherever is closest and best for any particular patient on either side of the border.

Such arrangements would be in doubt if a ‘hardening’ of the customs border between the UK and the EU produced restrictions on the movement of pharmaceutical products or medical devices, or even medical staff.

In order to fully understand the complex nature of healthcare integration in Ireland and the potential impacts of Brexit, it is important to understand the current UK model for health service delivery. Within the UK, public health and the NHS are largely the responsibility of the devolved regions and nations. The operation of devolved competence across several policy areas will be impacted by the UK’s withdrawal from the EU. This is because Brexit means that powers currently exercised at the EU level will be repatriated to the UK.

The question of how this happens – whether powers will be held by the UK government or directly returned to the devolved administrations – is currently still a matter of contention between the UK, Scottish and Welsh governments.

Although the absence of an Executive and Assembly has left Northern Ireland without a voice in debates at the UK-level on the distribution of powers post-Brexit, it is vital that the redistribution of competences takes into account the specifics of the region.

The UK Government, in its assessment of UK common frameworks, has found that there are 141 areas of overlap between EU and devolved powers in Northern Ireland. This compares with 111 in Scotland and 64 in Wales. The Institute for Government analysis suggests that a majority of these policy areas concern the environment and transport, while several cover matters for which the Department of Health is responsible.

Over the past 20 years, distinctive health policy in areas such as minimum alcohol pricing, obesity and tobacco regulation has developed in the devolved administrations. While the expectation had been that effective policy in these areas would require further devolution of powers, the trend towards centralisation indicated by the EU Withdrawal Bill means there are at least two significant shifts to bear in mind.

The first is a shift in the context for health policy in the devolved regions and nations in future. The Bill, in its current form, makes the UK level more important in that the powers repatriated from the EU will initially be placed there. There is the possibility that some of these powers could be ‘released’ to the devolveds, but this would be at the discretion of UK ministers.

The second shift is that the devolved governments will have less ability and scope for action where powers are not released to them. In addition, the use of UK-wide frameworks covering areas where EU and devolved powers currently intersect limits the devolveds’ ability to act if, for them to do so would be deemed to undermine the UK ‘common market’.

Exacerbating these challenges are concerns that Brexit might have a negative impact on population health in the devolveds unless carefully managed and provided for in the UK-EU withdrawal and future relationship. EU rules on reciprocal rights and the free movement of goods and people are currently vital for the provision and delivery of health services.

Many of these rules are applied and administered at a devolved level. The fact that EU27 nationals will become overseas nationals following Brexit means that the rules that apply to them when they access NHS treatment (so-called overseas charging rules) will change.

However, these rules currently differ in Northern Ireland, Scotland and Wales. Until there is clarity over which competences will return to the devolved administrations, there will be significant uncertainty as to what the future arrangements will look like. In addition, the fact that migration policy is currently determined by Westminster (notwithstanding the Scottish Government’s ambition for this to change) highlights the fact that the devolved administrations will have to manage the consequences of potentially major changes to the NHS workforce and patient body without being able to adjust the levers of such change.

Looking specifically at the two jurisdictions in Ireland, EU integration has also enabled economies of scale across the Irish border, such as the sharing of key healthcare services, particularly where specific expertise and facilities are not viable in a small region such as Northern Ireland. Services designed for both sides of the Irish border meet collective healthcare needs in the area. Sexual health, diabetes and eating disorders are all treated in this way, with integrated services offered to patients in both Northern Ireland and Ireland. For instance, the new North West Cancer Centre at Altnagelvin Hospital in Derry is accessible to patients in County Donegal who would otherwise have to travel long distances — to Dublin or Galway — to obtain the same treatment.

In 2014, the two then health ministers agreed that there would be a joint child heart facility established in Dublin. Between January and September 2017, 23 children travelled from Northern Ireland to Our Lady’s Children’s Hospital in Dublin. Such cooperation is facilitated by the EU Directive on the mutual recognition of professional qualifications and on EU rules on data protection that enable the sharing of patient details.

Access to and running such shared facilities will have to be facilitated by the future UK-EU relationship, together with extensive bilateral UK-Ireland arrangements under the Common Travel Area.

Relevant to all this is the fact that EU funding under the Regional Development Fund and the PEACE programme has supported the provision and development of health-related services in Northern Ireland, across the Irish border and in western Scotland. For example, Interreg Europe funding supports the cross-border partnership of Cooperation and Working Together (CAWT) for health provision in the border areas of Northern Ireland/Ireland.

Up to 2015, CAWT had delivered 12 large-scale projects and services, 121 new services had been implemented to the direct benefit of 53,000 people, and an additional €30 million had been invested in health and social care. The UK-EU Joint Report in December 2017 pledged that future support for Northern Ireland through PEACE and Interreg would be ‘examined favourably’. Failure to ensure EU funding after December 2020 when the transition from EU membership ends would seem to place several key cross-border health-related services in jeopardy.

The direct importance of the context, funding and laws of the EU for a wide range of health services and provision is evident in all of the devolved regions and nations, but especially in Northern Ireland. This adds a layer of complexity to the process of withdrawal that cannot be dealt with adequately on an all-UK wide basis. 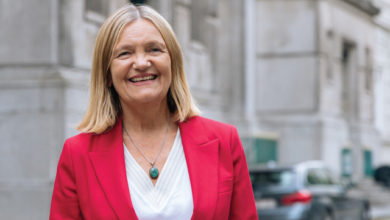 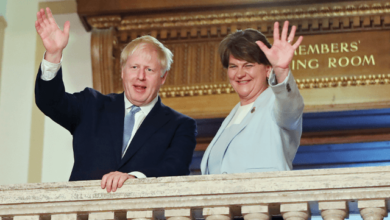