The Good Friday Agreement, with its overwhelming endorsement on this island, represented a major constitutional moment that should have made more of a dent on orthodox British constitutional legal thought than it has to date. That may still change, writes QUB’s Colin Harvey.

Whatever happened to the new beginning? As the term Brexit suggests we (everyone living here) have an intriguing relationship to an event and process that often appears to be happening to us, without majority agreement, and with differing views on the appropriateness of the mitigating measures in the Withdrawal Agreement and Protocol. Arguably, the absence of agreement to Brexit itself, from two constituent parts of the UK, stands as the most significant problem. That this is cast as a political argument, with no constitutional legal traction, is at the centre of a dilemma. A dilemma that raises larger questions: How did we get to the point, post-Good Friday Agreement here, where its principles have garnered so little practical constitutional legal weight within the UK, but have gained such widespread international recognition and acclaim (including within the Protocol)?

All the wishful thinking about a more legally pluralist UK, the talk about new forms of constitutionalism – and our unique constitutional circumstances – confront the granite reality that is a Brexit brought about by a UK-wide vote, and the enduring hold of traditional principles of British (or should that be English) constitutional law.

That is one reason why so many are now considering alternatives. The entitlement to hold a view on our constitutional future is hardwired into our supposed ‘new beginning’. The key is that conversations must be guided by the values of the GFA, and that new configurations follow informed dialogue, respectful debate and proper planning.

My own view is that this island is already in a detailed conversation about the constitutional future but there is a habit of neglecting the work completed or underway. Lazy, dismissive shorthand prevails. At its worst it reveals a condescending attitude towards civic leadership that takes place outside of approved, orthodox settings. Forgetting of course that it was courageous civic leadership that underpinned the entire peace process.

Pretending that there is no work done or this is not in fact happening is unhelpful, especially if the collective ambition is to encourage and promote responsible planning and preparation. The island is on a path towards concurrent referendums on whether people would prefer a united Ireland (and thus EU membership) or wish to retain the Union with Britain. Making use of the arrangements to test the principle of consent/right to self-determination, at the appropriate time and with proper preparation, should provoke no one. Planning has commenced; governments will catch up.

Brexit alters the nature of the discussion because Irish reunification means automatic return to the EU for this region, as confirmed by the European Council in April 2017, and as President Macron recently observed. That might be a good or a bad thing depending on your view of the EU, but it will inform the debate.

What we are discussing is in full alignment with the constitutional legal orders of both states, an agreed, democratically endorsed foundational constitutional compromise underpinned by domestic and international law.  This stands behind everything else that has emerged since 1998. Pull it away, label it provocative, dangerous and divisive, dismiss it as decorative and you risk the whole edifice collapsing even further. A different approach is required. We need to talk openly and honestly about how we share this island in the years ahead. 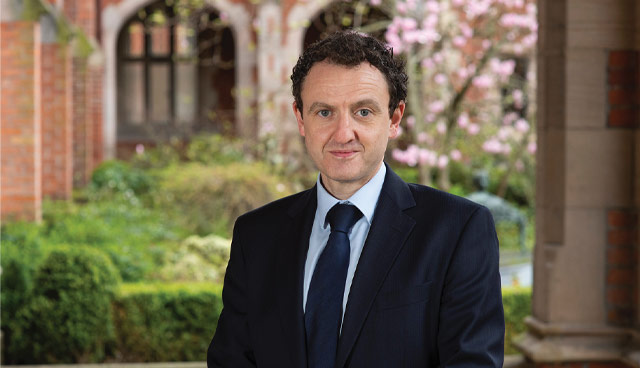 Making use of the arrangements to test the principle of consent/right to self-determination, at the appropriate time and with proper preparation, should provoke no one.

An inclusive and properly organised approach to providing a framework, including, but not limited to, political parties would end speculation about the criteria and required evidence that will trigger such a step. There is now an urgent need for clarity and certainty, and both governments will have a vital role in filling in some of the existing gaps. Those calling for prudential planning and preparation are the responsible participants on this island at this time.

I have suggested a date to be agreed by both governments, within the framework of the British-Irish Intergovernmental Conference: 22 May 2023 (which would be within the lifetime of the next Parliament – if it runs its ‘full course’ – a big if in the current context). A Monday is not ideal. But sufficient time to allow for the required levels of preparation.

Such an approach would end speculation about the criteria and required evidence that will trigger such a step, but will not end disagreement and challenge on, for example, the question to be asked and who will be eligible to vote. Both governments, through a new Joint Declaration and associated domestic law and policy changes, would set and implement the framework, following extensive, wide and deep consultation and engagement, including, but not limited to, political parties.

Measures outlined would embrace a Citizens’ Assembly and a Minister for reunification in Ireland, with appropriate North-South inclusions and linkages to ensure informed and evidence-based dialogue.  The matter should not simply be left to the Secretary of State and the flexibility to engage in the way noted is, arguably, already there in the provisions of the Northern Ireland Act 1998, and in the way they have been judicially interpreted to date.

To conclude, it was inevitable that Brexit would prompt constitutional reflections. As these conversations advance, and they will, it should be recalled that the values of human rights and equality are also central to the Good Friday Agreement. These values now map on to urgent matters such as climate justice and environmental rights. Vital ingredients in the ongoing dialogue about how we share this society. If this is genuinely about a better and therefore ‘new Ireland’, then we need to hear much more about how the lessons of our history will be learned, north and south.

Colin Harvey is Professor of Human Rights Law in the School of Law at Queen’s University Belfast. He has served in several leadership and management roles at Queen’s including: Head of the Law School; Director of the Human Rights Centre; Director of Research (Human Rights); and as a member of Senate.