An Garda Síochána has gone through many changes in its 100-year history, but its dedication to policing by consent has always remained the same.

In 1922, the foundation of An Garda Síochána would turn out to be a momentous event in the history of Ireland by helping bring peace and stability to a country ravaged by conflict.

When the War of Independence ended, a bitter and divisive Civil War took place. In the midst of this upheaval, thousands of newly recruited Civic Guards, as they were known then, with minimal training and no policing experience were sent to every part of the country to begin their new roles as “guardians of the peace”.

In addition to these difficulties, the new gardaí were also subject to threats, intimidation and violence by some of those who saw them as imposing the will of a State they were vehemently opposed to, but, despite this, members of An Garda Síochána gradually began to be accepted by the people they served.

Key to this was the organisation’s ethos as espoused by the first Garda Commissioner, Michael Staines, who said: “The Garda Síochána will succeed, not by force of arms or numbers, but on their moral authority as servants of the people.” This statement is prominently displayed in the Garda College and has been seen by countless gardaí during their time there as trainees.

This ethos, combined with a policy that gardaí would not be armed, built its credibility among communities regardless of what side they were on in the Civil War. The acceptance of An Garda Síochána as the legitimate policing service of the Irish Free State by the vast majority of Irish people was a significant factor in bringing the Civil War to an end. Opponents of the Treaty now tried to achieve their aims by politics, rather than violence.

“The Garda Síochána will succeed, not by force of arms or numbers, but on their moral authority as servants of the people.”
Michael Staines, first Garda Commissioner

An Garda Síochána also adopted a community policing approach that has since been imitated by many police services around the world. Gardaí were to become integral to local communities by building relationships and acting independently and fairly. This, in turn, saw them become trusted to such an extent that An Garda Síochána now has one of the highest public trust levels for a police service in the world.

Policing as part of the community rather than as separate from the community has been vital to maintaining that trust and would not have been possible without the dedication, professionalism, and determination of those first gardaí. This tradition has been carried on by the generations of gardaí since.

As Irish society changed and the first generation of gardaí retired in the 1950s with new gardaí being recruited en masse for the first time in three decades, there were further changes in the organisation.

One of the most significant of these was the introduction of female gardaí in 1959. It had taken too long, but the first female recruits commenced training with those 12 pioneers in policing going into service in Dublin that year.

Now, in 2022, An Garda Síochána has one of the highest levels of female police officers in Europe, its two Deputy Commissioners are female, and women occupy many senior positions in the organisation, as well as leading roles in specialist and operational units.

A unique feature of An Garda Síochána is its dual mandate as the national policing and security service. The importance of this became paramount with the rise of terrorist activity related to ‘the Troubles’ from the late 1960s. Having a dual mandate has enabled An Garda Síochána to quickly take information and intelligence gathered by gardaí in local communities and turn that into operational action by specialist units to prevent and detect terrorist activity. Many lives have been saved as a result.

This work continues in cooperation with the PSNI and international law enforcement agencies to disrupt and degrade terrorist organisations intent on undermining peace on this island.

Crime and criminals have continued to adapt and evolve, and An Garda Síochána throughout its history has done the same. One of those innovations was the establishment in 1934 of the Garda Technical Bureau whose role was to assist investigations by examining a wide range of evidential material such as firearms, bullets, fingerprints, handwriting, and shoe and tool marks to support investigations. The Technical Bureau has been responsible for breakthroughs in countless investigations that might not otherwise have been solved.

Education and training has also been central to the development of An Garda Síochána. Ensuring Garda personnel are fully up-to-date with latest policing techniques and processes is critical in providing a modern policing service.

In 1964, Garda training moved from Dublin to a purpose-built facility in Templemore, County Tipperary. Since then, every garda has gone through the recruitment training programme in the Garda College and returned for the wide range of training courses from driver training to crime investigation, to victim rights, and human rights. Many of these courses are also delivered online through the college’s e-learning platform.

The Garda College is an accredited third-level training and educational centre with Garda recruits undertaking a BA in Applied Policing, and is visited by many other police services to learn how An Garda Síochána delivers its training.

In the 1990s, the ethnic make-up of Ireland began to change, albeit slowly. Realising the importance of being able to work effectively with diverse communities, in 2001 An Garda Síochána became the first police service in Europe to establish a unit dedicated to engaging with these communities.

The Garda Racial, Intercultural and Diversity Office, as it was known then, established a nationwide network of ethnic liaison officers to meet and work with individuals from, and representatives of, diverse communities in order to provide reassurance to them.

Under the Garda Diversity and Integration Strategy, which was launched in 2019, the role of these officers has been expanded to diversity officers to reflect the need to reach out to the widest possible range of communities.

Working with communities in partnership to keep people safe is critical. The Garda Community Engagement Bureau does this through a range of forums and meetings such as the Rural Safety Forum, the Garda Diversity Forum, and the National Retail Safety Forum, as well as delivering the Garda Schools Programme and crime prevention advice locally and nationally.

Crime never stands still and neither does An Garda Síochána. The Garda Analysis Service monitors emerging crime trends to inform the organisation on what crime types it needs to pay particular focus to. This information has played a critical role in preventing and tackling crime.

Sometimes, this also necessitates setting up new bureaus and units. In the last decade, this has seen the establishment of bureaus to tackle the nexus between organised crime and drugs (Garda Drugs and Organised Crime Bureau), the emergence of more sophisticated frauds, particularly online fraud (Garda Economic Crime Bureau), the growth in online crime and exploitation (Garda Cyber Crime Bureau), and crimes against the vulnerable such as domestic abuse, sexual violence, and human trafficking (Garda Protective Services Bureau).

This is in addition to the ongoing multi-agency work by the Criminal Assets Bureau, which was established 25 years ago, and has seized over €200 million in assets from criminals, particularly those in organised crime gangs.

There is no such thing as a victimless crime. Based on feedback from victims and in line with enhanced rights for victims at national and EU level, An Garda Síochána established victim service offices in each division to keep victims up-to-date with the progress of their case as it moves through investigation stage and into the justice system, as well as the supports available to them.

In the 1990s, approximately 400 people tragically lost their lives per annum as a result of traffic collisions.

The Garda National Roads Policing Bureau was established in 1997 as part of An Garda Síochána’s contribution to reducing the number of road fatalities and improving safety on our roads. Since then, through the work of An Garda Síochána in collaboration with partner agencies and successive governments, there has been a significant reduction in the number of fatal road traffic collisions. While every road death is one too many, Ireland now has one of the lowest levels of road deaths in Europe.

The policing philosophy first espoused by Michael Staines could clearly be seen in An Garda Síochána’s work during the Covid-19 pandemic.

From the early days of the pandemic, in support of public health measures and regulations, An Garda Síochána adopted the 4Es approach: engage, explain, and encourage with enforcement as a last resort. Gardaí focused on providing help and support to the most vulnerable whether it was those cocooning or victims of domestic abuse, as well as public reassurance through high visibility patrolling. An Garda Síochána’s response to a national crisis was another in a long line of examples of its dedication to keeping people safe based on its tradition of policing by consent.

In the line of duty

All gardaí know that there may come a time when they have to put their lives on the line to protect others and the State. The first garda to make the ultimate sacrifice was 21-year-old Garda Henry Phelan who was shot dead by anti-Treaty IRA volunteers in October 1922 while engaged in community building activities.

They are etched in our memories – the visit of US President Kennedy in 1963, Pope John Paul coming to Ireland in 1979, the visits within days of each of Queen Elizabeth and US President Barack Obama in 2011, and there have been many more.

Behind each of these major occasions is a massive amount of work by gardaí to ensure such visits go off safely for the visiting VIPs and those who attend the events.

From gardaí on the ground who manage large crowds and traffic with professionalism and good humour, to specialist units such as the Air Support, Mounted Unit, the Dog Unit, and the Water Unit, such visits require significant coordination, planning and dedication.

In 2022, there are approximately 3,400 Garda staff involved in a range of activities to support operational policing, such as processing vetting applications; handling crime-reporting calls from gardaí; dealing with fixed-charge penalty notices; developing and running IT systems to aid crime investigation; keeping gardaí informed of the latest policing developments; supporting the mental and physical health of gardaí; and providing analysis of crime trends.

This civilianisation over the last number of years has also resulted in over 800 gardaí returning to frontline duties, and garda staff returning to the frontline, and Garda staff are due to take on more functions which will release further gardaí back to operational duties. 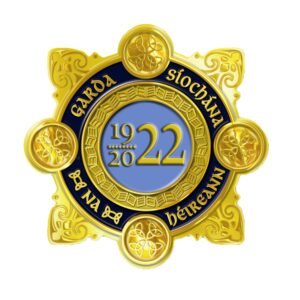 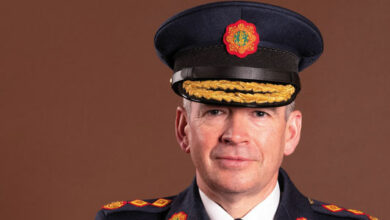 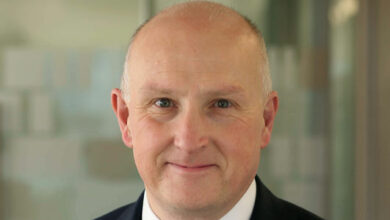 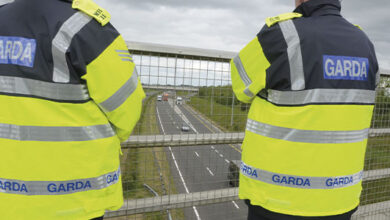 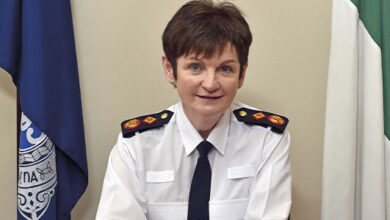