Fintech refers to any business that uses technology to enhance or automate financial services and processes; as this becomes a mainstay in the global economy, eolas brings you a guide to understanding the applications that define it.

Digital lending is a complex ecosystem in which non-traditional loan providers are leveraging technology in an attempt to overtake traditional lending sources such as retail banks. While traditional types of lending such as mortgage lending are manual and paper-based, technologies such as robotic process automation (RPA), optical character recognition (OCR), automated document recognition (ADR), workflow, and machine learning are now all being utilised in the management of application processes.

Digital lending allows financial institutions to boost productivity and loan profits while providing speedier service at the point-of-sale. The ease with which applications under this model can both be submitted and managed has seen e-commerce payment firms such as Stripe move into the lending sector, while global banks such as ING and BBVA Compass have partnered with tech firms such as Kabbage and OnDeck respectively.

Faced with more integrated lending competition, banks are now said to be delving deeper into customers’ life experience in order to protect their market share, seeking to support broader life goals rather than the core types of loan such as car loans, mortgages, etc. Banks are now offering financial support to help customers insure, renovate, and furnish their new homes, all integrated into their platform.

Since the production of the first plastic card for electronic payments in 1959 by American Express and the advent of ATMs in the 1960s, financial transactions have slowly been migrating into the digital and online space to the point where today, the vast majority of transactions occur online and digitally, from ewallets and blockchain to contactless payments on credit networks.

Mobile technology now means that smartphones have become vessels for payment, replacing plastic, chip and pin cards; this has in turn meant that mobile technology companies enable businesses to simplify their payment methods. For example, Apple has recently launched Tap to Pay, a new streamlined contactless payment service for business vendors that enables them to download the software, install the settings and start using their iPhone as a payment receiving device.

Tap to Pay is made possible through near-field communication (NFC), a technology that allows short-range wireless connectivity between two NFC-enabled devices at a distance of 4cm or less. NFC offers a low-speed connection through a simple setup that can be used to bootstrap more capable wireless connections. Due to the ease with which these technologies are now accessed, use of digital wallets has seen a rise, jumping to 27 per cent of consumers in the US in 2020, up from 22 per cent in 2019.

Digital wealth management is an integrated system that utilises digital tools in order to allow users to manage a wide range of savings and investment products, such as stocks, exchange-traded funds (EFTs), and digital assets such as cryptocurrencies. A key aspect that separates digital wealth management platforms is their lack of barriers to entry when compared to traditional savings and investment methods, with platforms such as Scalable Capital allowing customers to start at just €1, free of order fees. Since EFTs are often available to clients of a certain country/continent only, digital wealth managers often offer country- or region-specific propositions to clients.

Digital wealth management solutions allow clients to process their entire portfolios through one app or website, with this streamlined process typically only requiring the answering of questions on the client’s part in order to build a profile around their needs. These platforms typically offer a variety of options, from risk-averse to risk-heavy; risk-averse portfolios often operate so-called stablecoin strategies. A stablecoin is a cryptocurrency that is pegged to a fiat currency, such as the USD Coin or USD Tether, both of which are pegged to the US dollar.

Digital wealth management is now also being embraced by more traditional players in the wealth management sphere. For example, the asset management firm Pantera Capital has been noted for its embrace of fintech, having launched the first investment fund focused on Bitcoin in the United States in 2013. The firm requires a minimum investment of $100,000 for its investment funds and now manages over $700 million in digital assets spread across five different cryptocurrencies. 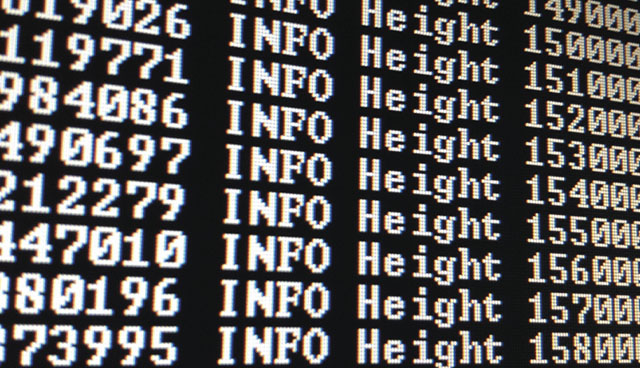 The blockchain is a distributed database that is shared among the nodes of a computer network. In its role as a database, it stores information electronically in a digital format. While often mistaken for a cryptocurrency itself, the blockchain’s role in this sphere is to act as a ledger, maintaining a secure and decentralised record of transactions for systems such as Bitcoin. What distinguishes the blockchain is that it guarantees the fidelity and security of a record of data without the need for a trusted third party.

A blockchain collects information together in groups, known as blocks. These blocks have defined storage capacities and are closed and linked to the previously filled block once full, forming the chain that then becomes known as the blockchain. New information that is collated following the addition of a block to the chain is compiled into a new block, which is then added to the chain once full. This chain structure means that the blockchain is an irreversible timeline of data when it is implemented in a decentralised nature. Once a block is filled, it is given an exact time and date stamp and added to the chain as part of the timeline, rendering editing impossible.

The blockchain enables cryptocurrency transactions and maintains a decentralised ledger of them. A cryptocurrency at its most basic level is a digital or virtual currency that is secured by cryptography, making it almost impossible to counterfeit or double spend. Cryptocurrencies are typically decentralised networks based on the blockchain that are not issued by any central authority, meaning that they are theoretically immune to government interference or manipulation, although some states such as China have begun wading into the market with state-backed cryptocurrencies such as the digital yuan. 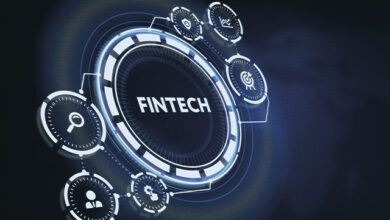 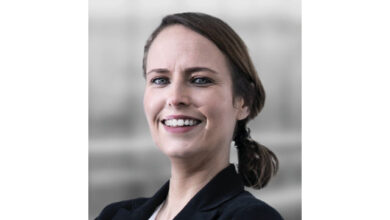 The digital transformation of finance 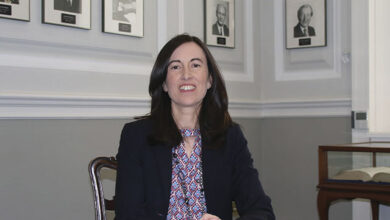 Opportunities and challenges posed by fintech in Ireland 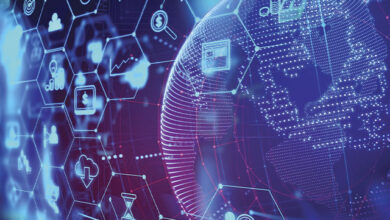