Julianne Coughlan, Service Design Manager at Cork County Council, where service design, customer service and digital transformation are coming together to change how services are designed with and delivered to citizens, outlines some insights for service transformation.

“Service design is an attitude”, says Coughlan as she outlines some of the challenges in delivering service transformation in the Ireland’s second largest local authority and biggest county.

Coughlan highlights how the Council, like many local authorities across Ireland had previously initiated various process changes in recent years, which tended to be back-office orientated and lacking a customer outcome focus.

Service design, she says, allows for a focus on people. This incorporates not only customers but also the staff delivering the services, “You need the right people involved in analysing your services, people who believe that services can change and improve for staff and for customers.”

“It’s less about the tools of transformation and more about the people,” she adds.

As a starting point, Coughlan says that the Council had to not only recognise the need for transformation but to actually identify what and where it needed to make changes.

Coughlan says; “What we took out of that was that internally we were buying into the perception often created about the public sector, often in the media and often negative. We were bought into the mindset that we were a culture that couldn’t change to deliver effective services.”

Explaining that such a culture can often be a barrier to change, she adds: “With service design and bringing people into that process, including talking to staff about the services they were providing, we found that ‘people’ is not often the part a public sector culture that is making change difficult.”

While the Service Design Manager recognises that there will always be a sample of people who are hesitant or unwilling to embrace change, she outlines that they found that the majority of people not only wanted to join the transformation journey for improvement in their own jobs but were also excited about the potential to improve customer service and interaction.

“Our conclusion was that more than anything, the barriers to change were old services. These were services that had never been ripped out, revised and put back in. Instead staff were expending a lot of energy doing work arounds of these old services to deliver customer needs.”

A further barrier recognised by the council was that of structure and the hierarchies that exist in many public sector organisations. These, Coughlan explains, “nurture silos” whether that be people, ideas or information and knowledge.

In order to breakdown these hierarchies, Coughlan outlines how the Council initiated the groundwork for change on those “pain points” highlighted by staff and the public. This groundwork came in the form of three key questions designed by senior management and distributed to all staff. These were:

Importantly, Cork County Council took the decision to create a dedicated unit to review services and transform services, with adequate space and resource. 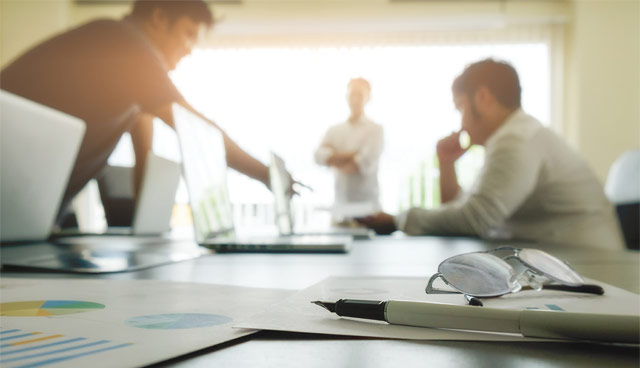 As a starting point, the Council began with digitising services. Outlining the importance of having an initial focus, she says: “We knew it was what customers wanted and we also knew that it would deliver significant change to the organisation. We didn’t just digitise the front facing services but also went through the back-office services too.

The significant efficiencies recorded by the digitisation of these services include the automation of information for staff; the creation of electronic records which can be easily stored, searched and retrieved; and the setting of a minimum standard for data capture.

Offering a word of advice to others seeking to transform their services, Coughlan states that small is powerful. Warning against taking on too much too soon, she says: “get comfortable, limit risk and embed the change.”

In the context of working within national strategies and frameworks, Coughlan suggests that adequate room is given to innovation and change at local level. Those taking national considerations should consider how change can be supported at local level; what obstacles can be removed at national level; and how space can be made for innovation or change.

“Rather than a push to standardise and centralise services, there should be recognition to empower and enable transformations at a local level. We found that with service design keeping design as close as possible to the area where it is going to be consumed makes for a more fit for purpose service.”

Amidst service design and transformation, Coughlan highlights an awareness to ensure that people are not inadvertently disconnected. Discussing the need to engage all citizens, she highlights how standardisation of services can disconnect a segment of society and this must be mitigated against.

Concluding, Coughlan offers two further insights, the first is the need to design data into services that proves that service change is working. This entails ‘hard’ data such as recording key performance indicators (KPIs) but also soft data, including impact on customers. The second insight is the need to start change. Stating her belief that change drives further change, she adds: “Sometimes you just need to try something. Digitisation triggered a lot of change in our organisation but every organisation can identify what works for them.”